Perfect Liars Club on 19 September 19 at The Book Club, Tokyo

The Sleuthers were on fire. The Suspects got grilled. And congratulations are in order for the FIRST LIAR to be caught in 10 shows. Well done, Sleuthers. Well done.

The four Suspects brought tall tales for the opening show of Season 3 and they did not disappoint. We had a tale of terror on a remote spot on a Greek island with the kindest suspected murderer from Carol; a runaway who escaped with some runaway monks ending in a monastery break-in and a prayer session from Kai; a poor scientist student who was whisked off his feet in Beijing by a UN Brit ending in a negotiation situation at the airport from Budha; and finally, there was the manifestation of wishes ending in a kidnapped baby on the streets of Shanghai from JJ.

The Sleuthers were hot to trot with their questions and worked as a team, all making a point to introduce themselves before asking their questions, it was truly beautiful and hilarious. 'Eric' took charge of the Cambodia questions and authenticity of the answers with his guidebook. The Shanghai expats and natives in the audience took care of the Chinese related stories. And Carol got off lightly because no one from Greece turned up.

"Which part of Phnom Penh was this monastery in, Kai?"
"How did you lean into a wall and end up in a Mexican restaurant, JJ?"
"What VPN did you use in China, Budha?"
"What was the relationship between Captain and the cigar smoking lady, Carol?"
And we even had a Sleuther-to-Sleuther question for the Shanghai massive.

The drum roll gave a deep and hearty anticipatory humm until Kai stepped forward and claimed her spot as a Hopeless Liar, our first for 10 shows. Whaaaaat?!?

The victory was sweet for the Sleuthers, this time, but can they do it again at the October Spooky Special on Thursday 31st October? You'll just have to wait to find out. 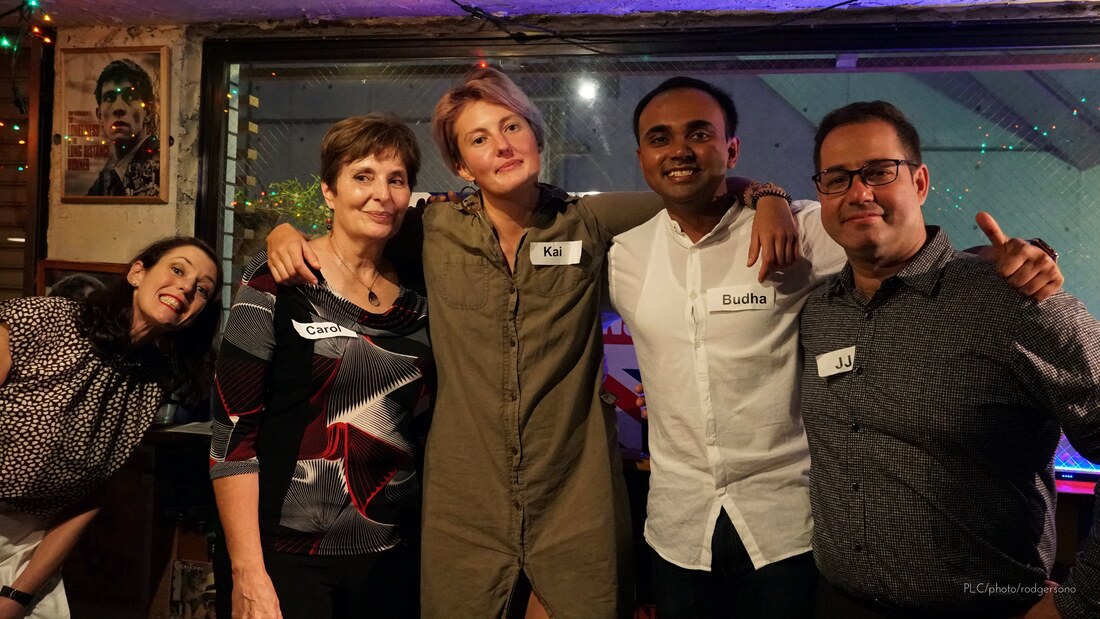 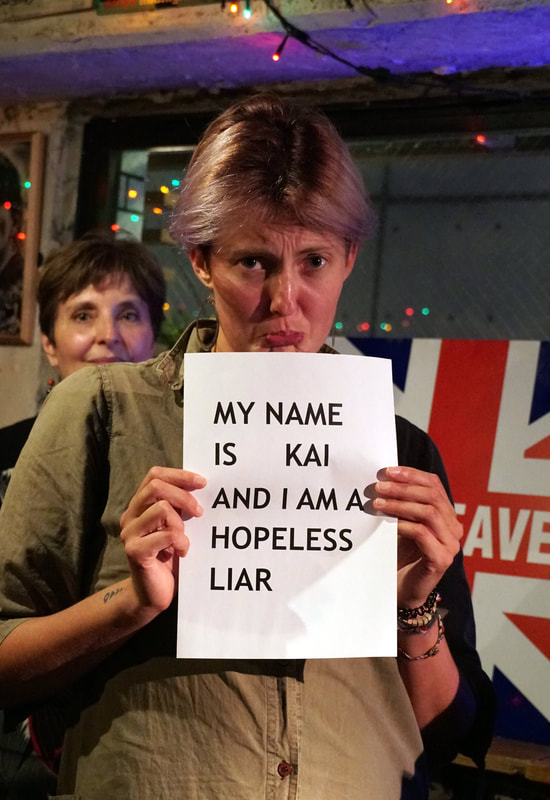