Electricity was in the air as a standing-room-only crowd packed into Dupont Circle’s Bier Baron Tavern for the April 2017 meeting of the Washington, DC underground storytelling smash, Perfect Liars Club. And as the show’s recognizable theme played over the PA, everyone in attendance pondered the same elusive question -- would tonight be the night that the audience returned to its liar spotting ways?

In theory, spotting a liar should be a no brainer. But when bombarded with four, detail-rich tales from our witty and accomplished storytellers, the audience had much to contemplate:
Notes were taken. Places and names were Googled. And many, many probing questions were asked:
​​If the frequency and sheer volume of questions directed at two of the night's four storytellers were any indications, the rapt audience had concluded early on that either Mikael or Erin had fabricated their tales. An observation that was confirmed when the audience votes were tallied.

Mikael yielded a whopping 46 votes. Erin topped Mikael by 2 votes at 48. And Tija rounded out the top 3 vote getters with a comparatively measly 26. David received so few votes, the vote counter didn’t even bother to tally the few remaining raised hands.

Such a confident audience! Clearly, if hunches were to be believed, the liar was either Mikael or Erin. Undoubtedly, he or she would sheepishly step forward when the liar was announced and nearly one-third of the audience could go home feeling victorious and vindicated.

A drumroll reverberated through the Bier Baron. Anticipation and excitement reached a fever pitch as the audience awaited the reveal. And, as the night’s liar stepped forward… a mighty gasp erupted from all in attendance, as Tija stood before them all -- another liar unspotted by a far too confident audience. 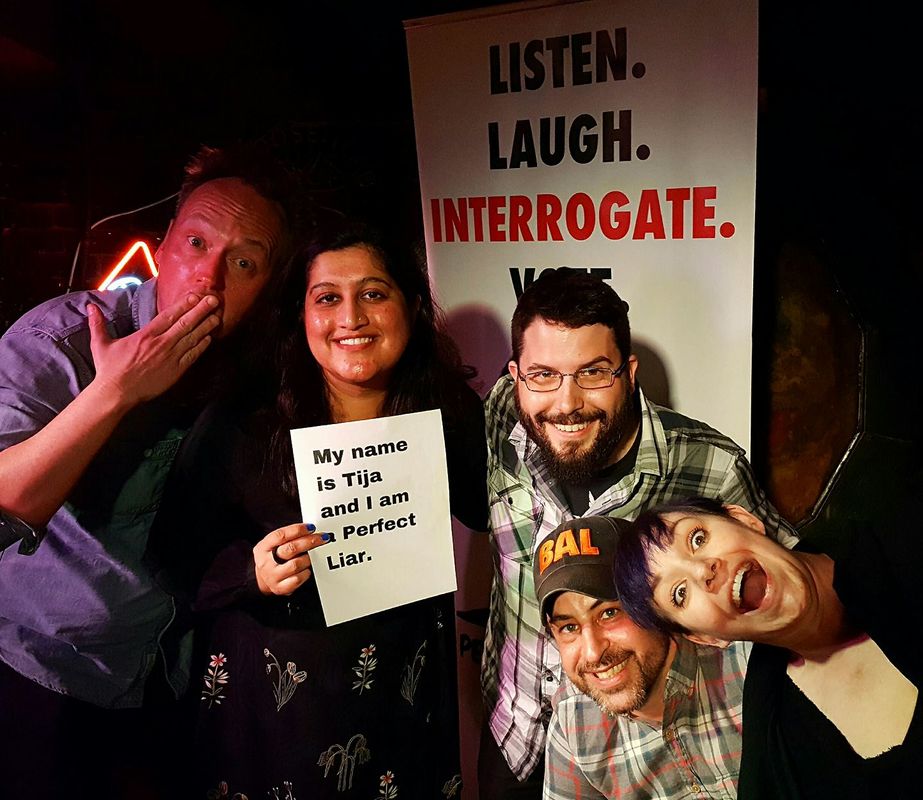