This month's Perfect Liars Club was sold out, it was completely hilarious, and it was also our very first voting tie!

Was the liar Sandra, with her tale of smuggling money across borders inside a teddy bear? Or Louis who claimed he failed a lie detector test to work in the Georgia version of the FBI? Or JJ who destroyed the Death Star? Or Phoebe who accidentally found herself taking off her clothes to pay for a nice piece of furniture? At half time, Sandra and JJ were the prime suspects but after the interrogation, including a very tough Star Wars props question in the style of a TV lawyer,  JJ and Phoebe had exactly the same number of votes. So the whole audience voted again for one of the pair. And they got it right! The liar was... Phoebe! 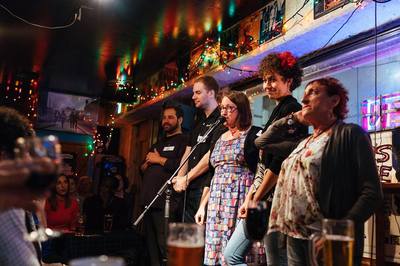 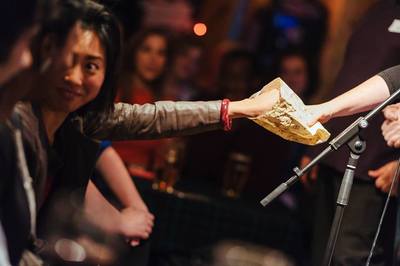 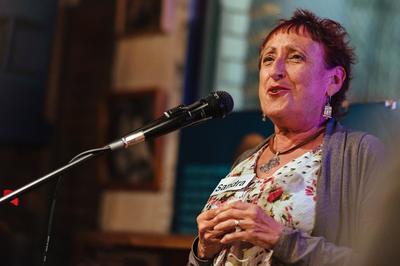 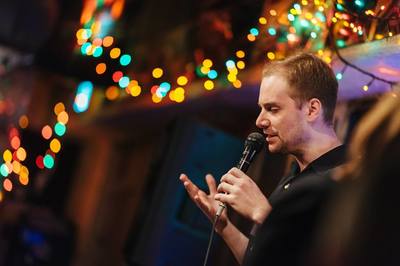 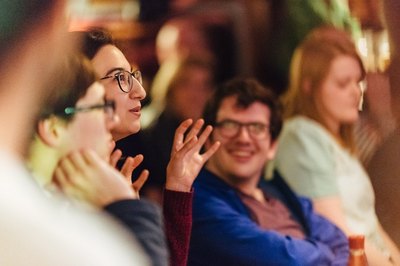 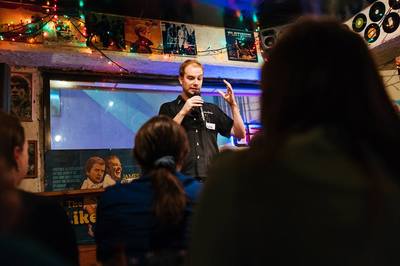 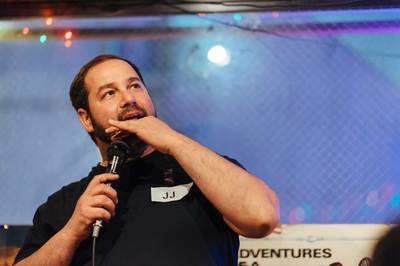 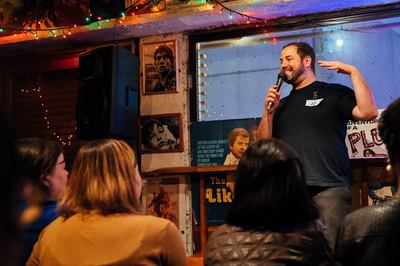 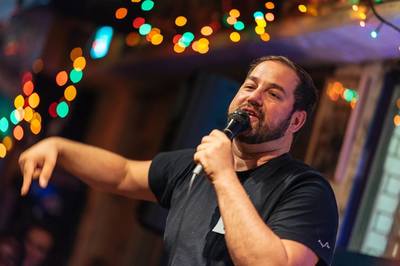 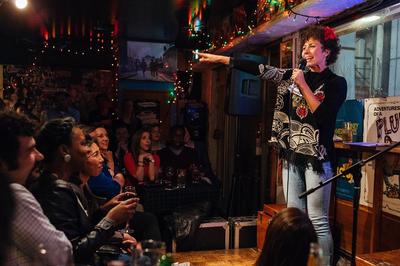 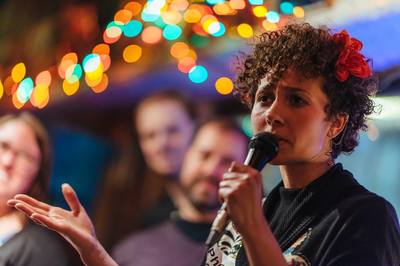 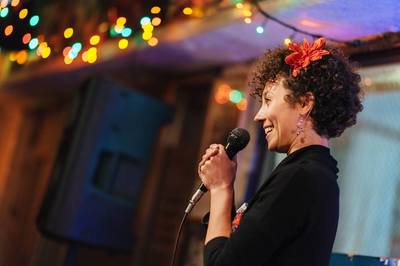 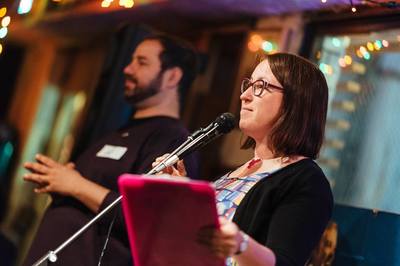 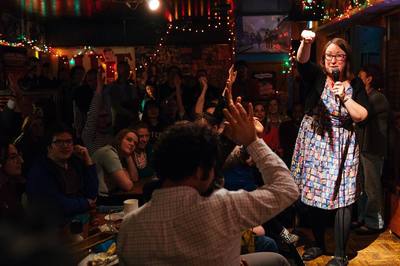 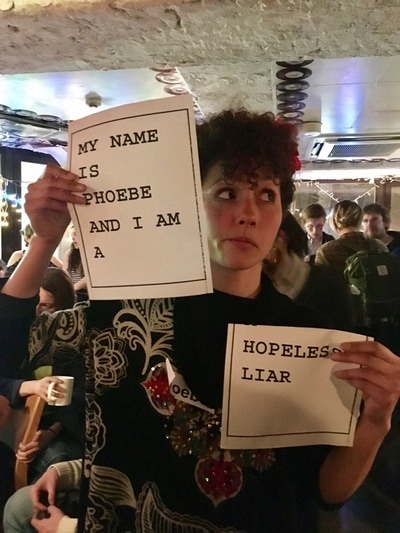 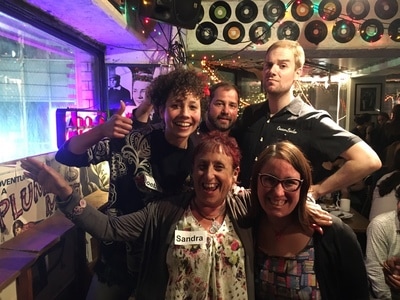 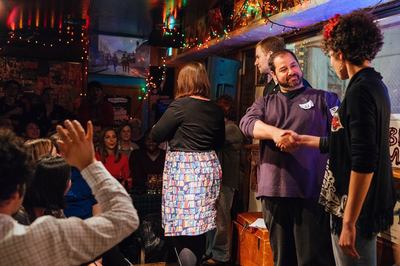 Photos by John Matthews john-matthews.net (except the second and third to last, which are by Layla)