Whoever coined the phrase “Lightning never strikes the same place twice" has never been to a Perfect Liars Club show at The Bier Baron Tavern and DC Comedy Loft. And yet, even we admitted that it was going to take a yeoman's effort to top the instant-classic that was our March 2019 show. So, when all was said and done, did that yeoman deliver?

All the ingredients for success were there. A beautiful spring evening. A packed house. And four veteran performers ready to entertain and puzzle the sold-out crowd with four dubious tales:

The cheers that greeted each of our storytellers were contrasted by the bewildered looks of audience members who remained skeptical about each performer. "Do you think you know who the liar is," the night's host, Pierce McManus, quizzed the crowd. The rumble of mumbles and sighs that followed told us all we needed to know. Perhaps the interrogation would bring some clarity to the conundrum.

They didn't have the foggiest clue who had told the lie. The vote told the tale of a duped audience, with the top vote-getter -- Nick -- besting the bottom vote-getter -- Ivy -- by a mere six votes. And, unsurprisingly, Ian and Meredith tied for the middle position with 26 votes apiece.

The drum roll sounded. The performers jockeyed for position. The audience members craned their necks and crossed their fingers. And then... A storyteller stepped forward and a mighty roar erupted from the crowd.

Ivy, the least suspicious of the entire bunch, stood before them. A liar unspotted, yet again, as D.C.'s best and brightest wondered where and when it all went wrong.

So how was April 2019's Perfect Liars Club? It was absolutely electrifying. 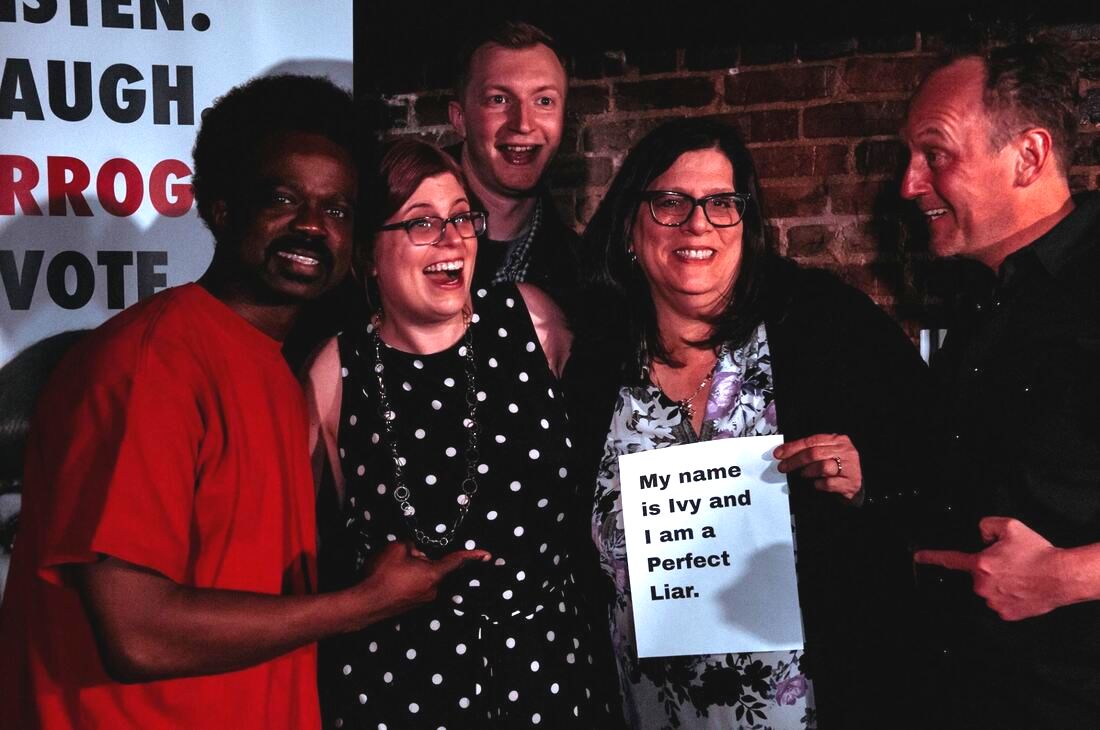