Our third Tokyo show and our final show of the year was a great one. There was an amazing amount of buzz all over the internet before the show, and the audience was fantastic - and ready to sleuth. Our four performers were an excellent set. First to the stage was Christiane, who tried to make us believe a Masai Chief attempted to give her one of the village children. Next came Marlene who claimed that her public speaking skills meant her terrible-quality invented high school physics case for roundabout design was used in actual city policy. Third was Jon who attempted to persuade us that as a clumsy nerd forced onto a hunting trip, rather than shooting a tiny pig as instructed, he managed to shoot the truck instead. And finally Simon tried to convince us that he rented an apartment from the London version of a mafia family - and became the pawn in a sting operation. The audience had deep suspicions: every one of the story had its surreal elements - but only one was a lie. The interrogation commenced, and as ever, it was intense and intent. How had Christiane's Masai translation happened? What were the practicalities of Marlene's high school talk actually making its way into written policy? What exactly was the trajectory of Jon's misguided gunshot that meant it hit so many parts of the truck? And why didn't Simon just run to the police? So many questions... but in the end deisions had to be made. The votes were cast. Most suspicious was Simon, then Christiane, then Jon, and in place for least suspcious was Marlene. The drumroll commenced. And then the truth was revealed. The liar was... JON!

​Bravo to Jon, our December Perfect Liar. Bravo to the mere 10 people who suspected him. As for everyone else... better luck in January!
Video of the moment of the big reveal
Photos from the night 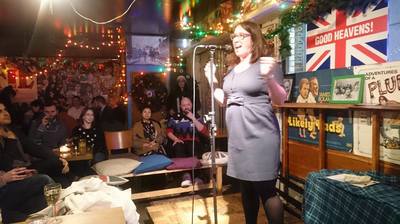 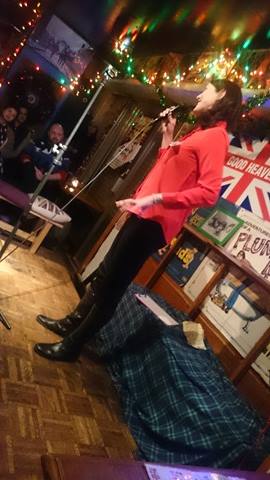 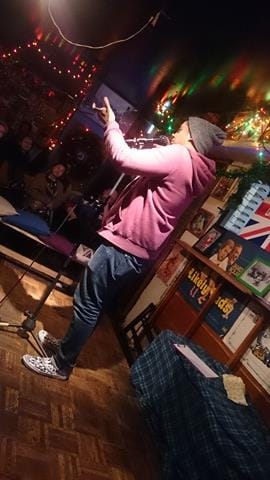 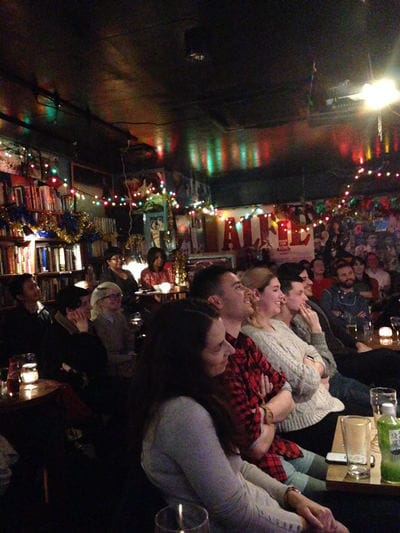 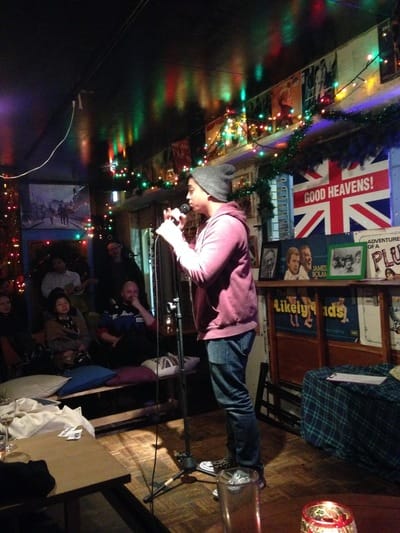 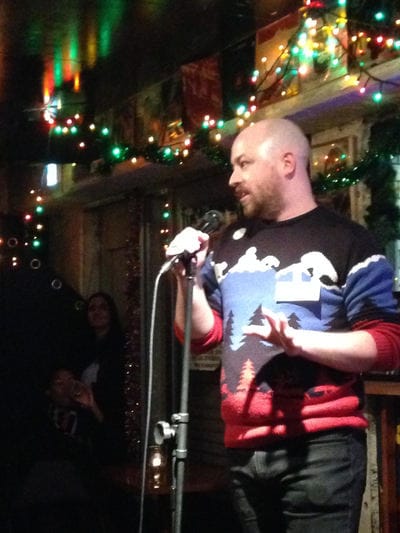 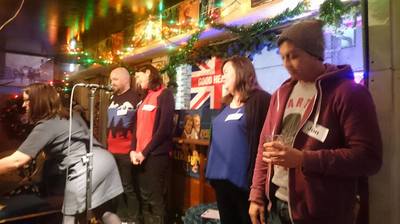 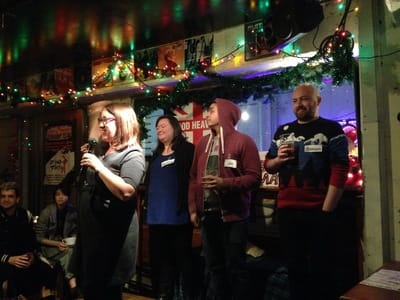 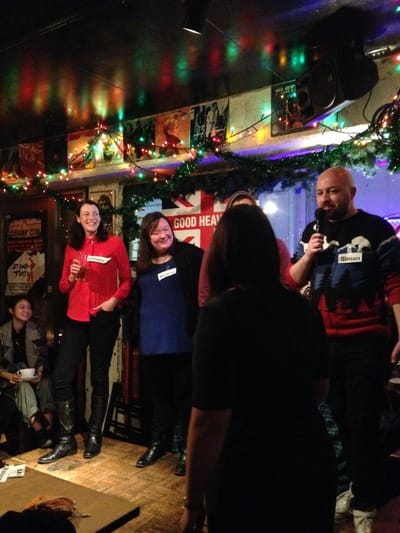 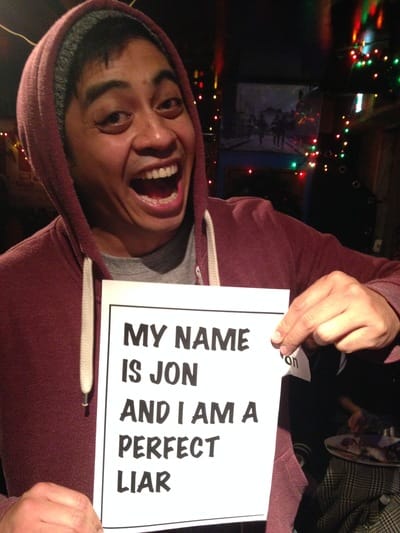 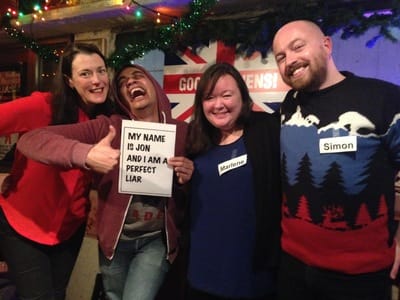