The air was festive, the mood was light, and the Bier Baron Tavern was standing-room-only for the December 2017 installment of Perfect Liars Club. You can't blame the audience for being in such joyful spirit as the packed house was treated to a quartet of hard-to-believe tales from the evening's talented performers.
And the audience? They had lots and lots of questions, including:
After much consideration and deliberation, the majority of the audience deemed Connie the night's liar with a whopping 31 votes, followed by Matt (24), Davine (19), and John, who brought up the rear with a mere 15 raised hands.

Did Connie really impersonate a governor's spouse to gain access to a secret entrance to the Vatican or was she bearing false witness? Did the audience finally get it right? There was a drum roll. There was a collective gasp. And then -- as Davine stood before them a Perfect Liar un-spotted -- there was a unified feeling that DC needs to do a much better job at spotting liars.

Let's be honest... our December audience never had a prayer. 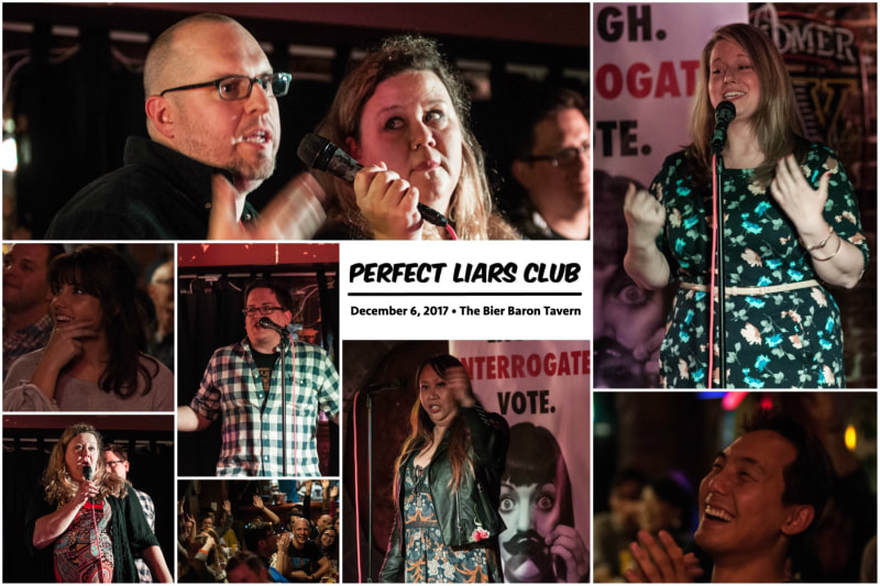 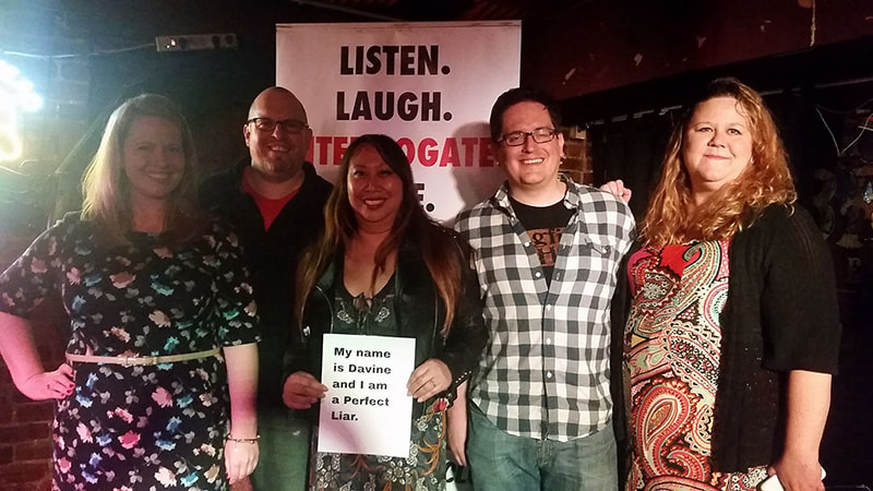