We couldn’t have hoped for a more successful and hilarious first show with the new MC, Christiane, 4 convincing suspects, and a warm yet highly suspicious audience!

Who was the liar? Itsukey apparently fearlessly accosted a burglar to save a bag of kinky theatre costumes. Then Ellen reminded us to practice forgiveness as she told of meditating her way to forgiving the hellish hookers next door and turning them sweet with Christmas gifts. Next up was Perfect liar veteran, Vinay, with a heartwarming tale of him being a childhood victim and yet becoming savior to his nemesis. And finally, Mike, with his tale of rushing to get home for the Christmas holidays and in doing so, accidentally disposing of $300,000 of product.

Audience members revealed their suspicions in the new ‘Sleuth Booth’. It was apparent they were in a quandary about who the liar was. But then the interrogation started…..

Why would Itsukey keep kinky actors costumes in her home when she wasn’t even acting in the play? How come Ellen, a young, beautiful actress, found herself alone on Christmas Eve in New York? Why didn’t Vinay actually fetch the hairdryer to dry Ryan’s pants? And how can 1000 gallons of Orange Juice be worth $300,000, Mike?

Voting commenced with the audience suspecting Vinay as most likely to be the liar, with Itsukey coming in at a close second, then Ellen, and Mike being the least likely. The moment of reveal happened and cheers of smugness were let out by the Sleuthers that guessed Vinay to be our hopeless liar!

Sidenote: Despite Vinay’s story being false, we shouldn’t forget the Christmas message: remember to be kind to assholes, it’s not always their fault.

Merry Christmas, Sleuthers! Are you savvy enough to guess the liar in January at the New Year Cheer show! 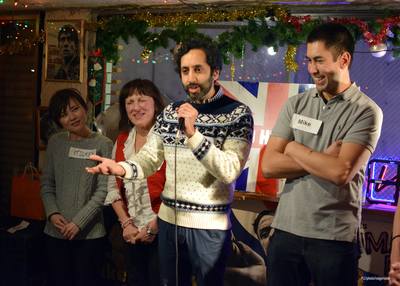 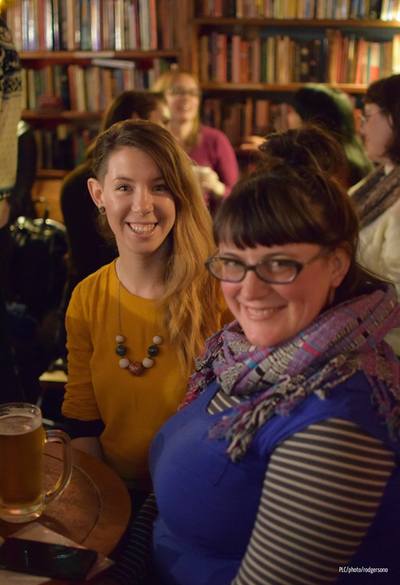 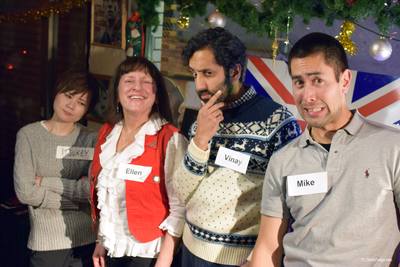 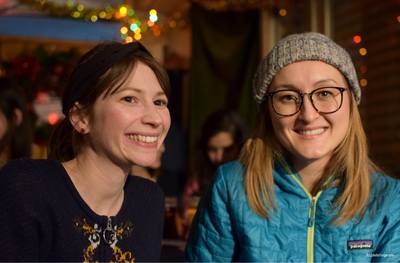 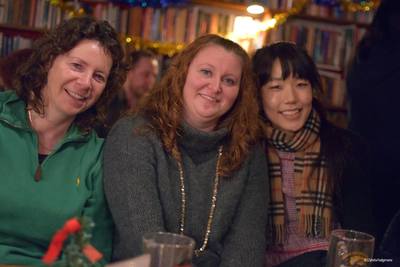 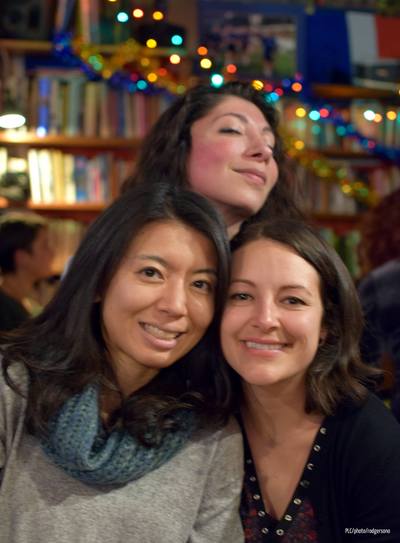 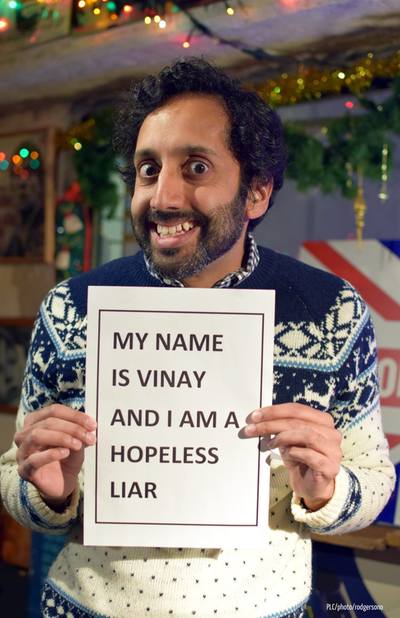 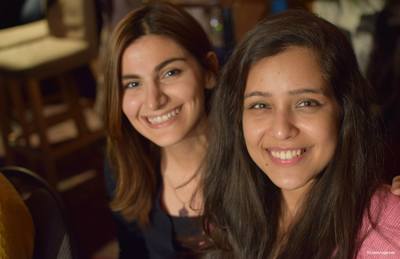 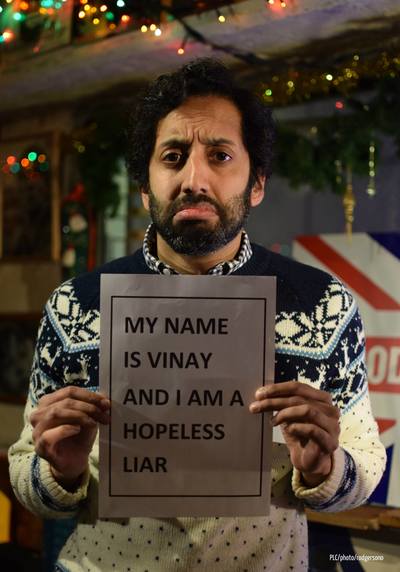 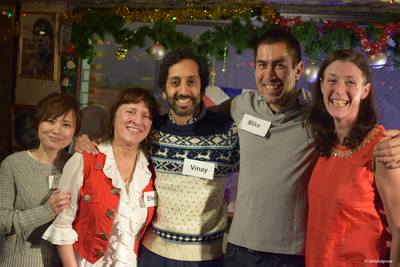