It was a festive, early-December Wednesday at Dupont Circle's Bier Baron Tavern and DC Comedy Loft.  An unexpected dusting of snow, an appearance from Santa Claus, and the warm company of friends and family had everyone's spirits running high for the final Perfect Liars Club of 2018.

And while this show, like countless shows before it, followed the patented Perfect Liars Club format, no one in attendance could have anticipated the thrilling twists and turns that the storytellers' tales would take this evening.

A cacophony of chatter filled the tavern as the intermission began. Patrons quizzed fellow patrons sitting at shared tables. Other patrons grilled storytellers as they jockeyed for drinks at the bar. And still more patrons demanded insights from the show's hosts. It was high time for the interrogation!

The interrogation was tense. One might even refer to it as testy. And more than few interrogators suffered the verbal wrath of storytellers who deemed some of their inquiries out-of-bounds.

In the end, the audience voted Shane the most suspicious of the bunch, followed by Nupe, with Maisie and Rachel bringing up the rear in a near dead-heat. Were they right? Was Shane's tale of Grand Canyon adventures a complete fabrication? Would the Perfect Liars club faithful end the year on a triumphant note?

As the drum roll sounded you could cut the tension in the room with a knife. The storytellers each leaned forward feigning their guilt, as members of the audience squealed in anticipation. And then... to the shock of nearly everyone in the room, December's Perfect Liar stepped forward. Another liar unspotted. Another majority duped by a fabulous fabricator.

In the end, Rachel's two-tiered yarn of wine-stained wedding veils and misleading matriarch accusations was nothing more than a great big fairytale. 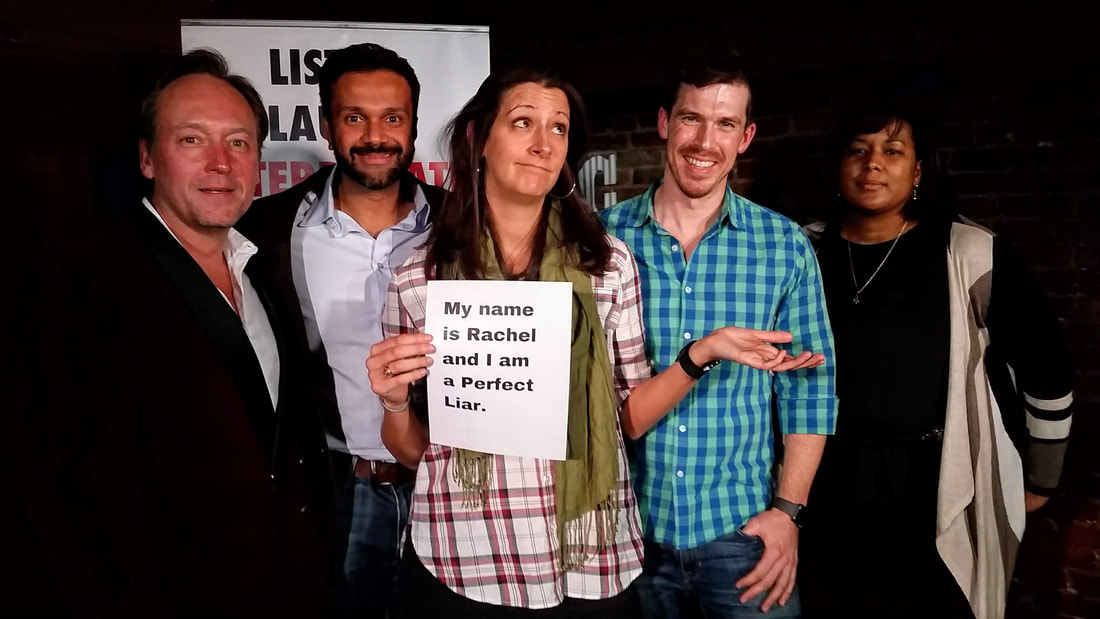