A nearly even mix of old-timers and first-timers crowded themselves into the perpetually welcoming Bier Baron Tavern to try their hand at the February 2018 edition of everyone's favorite monthly storytelling show with a twist. Would the brimming audience finally catch a liar in the act or would they keep their year-long "losing" streak alive? Only time would tell.

So rapt was the audience, you could practically hear a pin drop as our cadre of four storytellers dazzled the sell-out crowd with tales of bad behavior and awkward encounters:
As the interrogation approached, a quick straw poll of the audience indicated that the veritable jury was still out on who was really the liar of the night. Perhaps a barrage of penetrating questions would smoke out the storytelling swindler:
Questions were asked. Equivocations followed. And the audience's suspicions about Nick's story began to mount. Hands were raised. Votes were counted. And just as everyone suspected, Nick bore the brunt, garnering 41 wagged fingers. Caitlyn trailed behind with 30, followed by Keith at 22, and Kate, who received a mere 18 votes.

The drumroll sounded. Anticipation reached a fever pitch. Had the streak finally been broken? The liar stepped forward to the sounds of earsplitting shrieks and defeated sighs.

It was Kate! Kate's tale of yoga instruction gone awry was a complete fabrication. Apparently, our DC audience has become very set in their liar-missing ways. Perhaps they need to work on their flexibility. 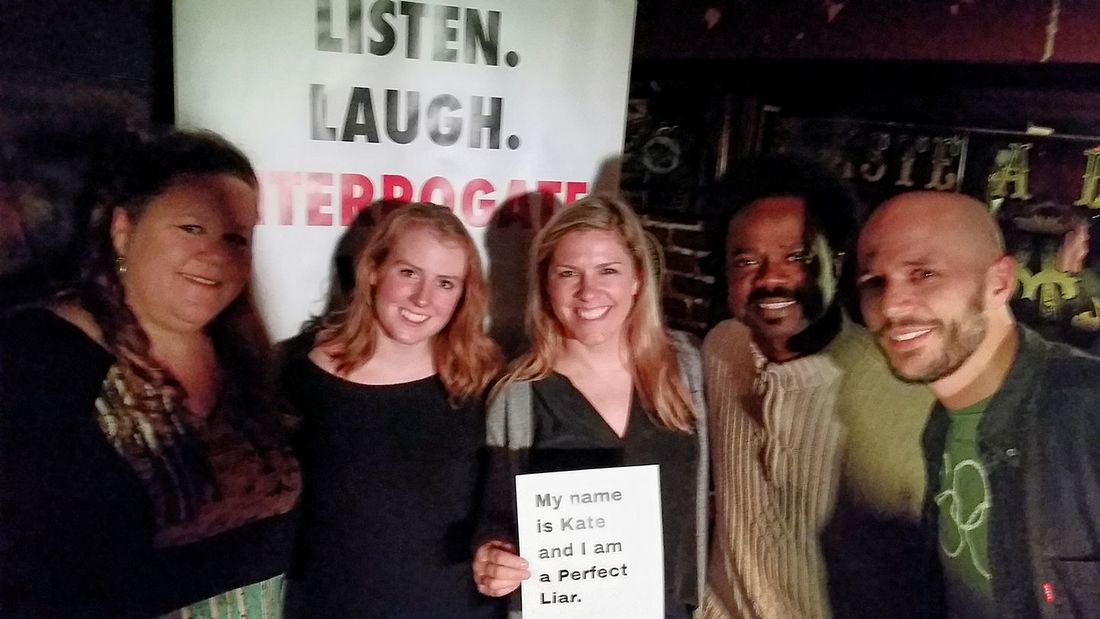