It was the first Wednesday of February, and Dupont Circle's legendary Bier Baron Tavern and DC Comedy Loft once again welcomed back Perfect Liars Club for a mid-week dose of rowdy revelry.  The chill of winter and the previous evening's State of the Union address did little to deter another sold-out crowd from taking roost in every available seat. Four months had passed since DC's best and brightest caught a liar in the act? Would they return to their sleuthing ways tonight? Only time would tell. But first, the stories...
The capacity crowd was on the edge of its seats from start to finish, hanging on each and every storyteller's word and alternating between bursts of laughter and mental note scribbling. One could tell that they had an inkling of suspicion around who the night's fraud may be, but more intel was needed before that suspicion could be confirmed. A perfect set up for a thrilling interrogation round.
Hands were raised. Votes were counted. And, by the slimmest of margins, Stephanie bested Cait by a mere four votes -- 37 to 33, followed by Mick with 25 votes and Eric with 18 votes.

The drum roll sounded. The storytellers jockeyed for position. And to the delighted screams of the majority in attendance, Stephanie stood before them all. A hopeless liar spotted, undone by her tale of unrequited love and an alleged "haunted log flume" that just didn't make a splash with the crowd. 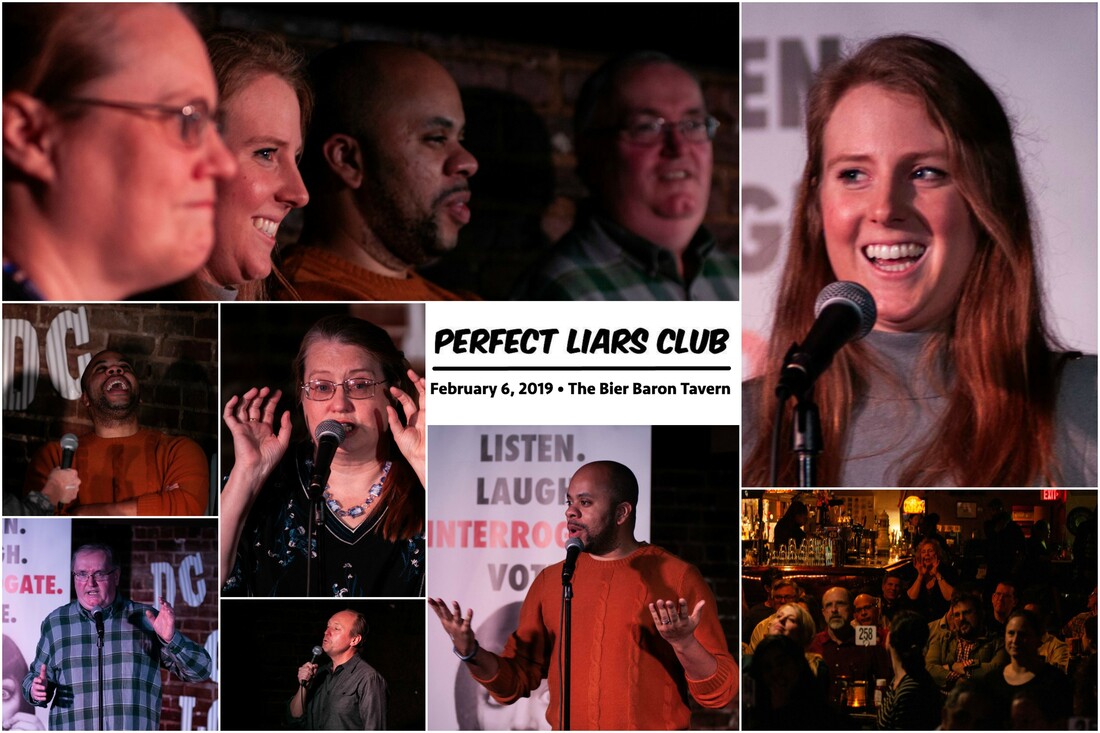 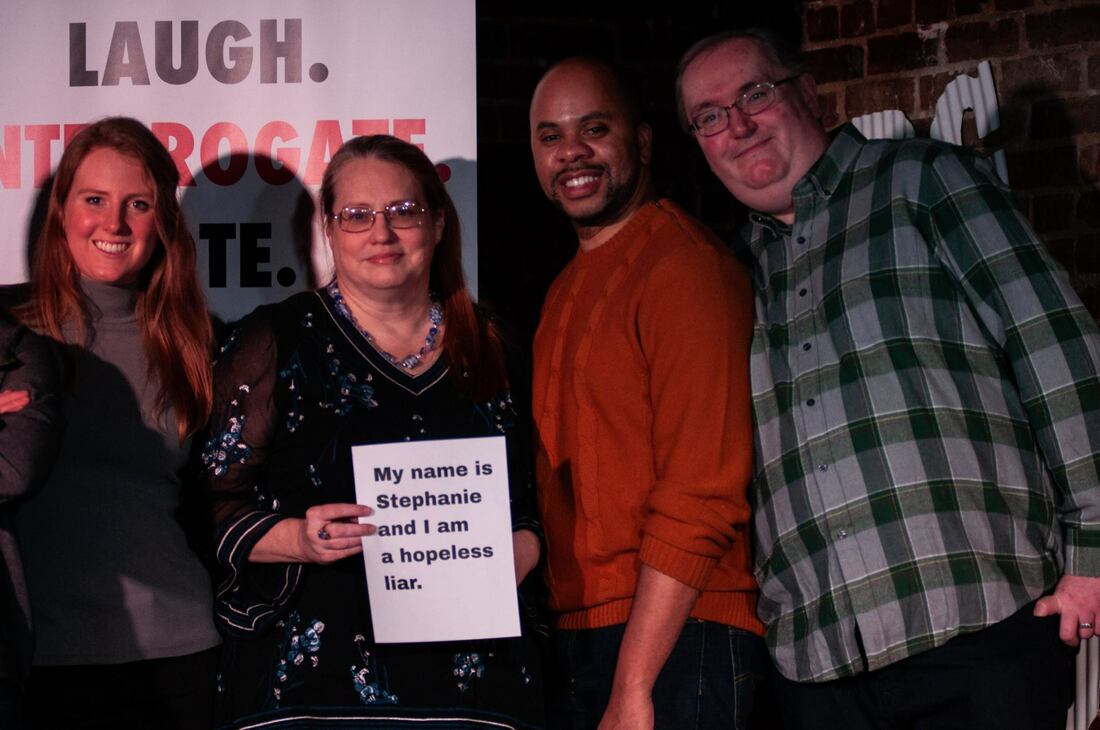