You were promised a monster show and that's what you got. The memories will live on due to the surprise recorder playing experience, four excellent love-induced stories, an intense interrogation and the unexpected epic reveal that blew the crowd up. Yes, the Sleuthers failed yet again as the Perfect Liar stepped forward to claim their well-deserved crown.

The four stories flowed with passion and intensity. We had  a touching story of journeying thousands of kilometres for a brief meet with a love and spooky serendipitous signs that it was meant to be; a story of being Latoya Jackson's sidekick for the afternoon and falling in love, only to have that love spat back; the tale of a swollen leg and being 'saved' by an 85yr old man through medical spandex; and then there was the first date with a school sweetheart to meet Phil Collins backstage at a dream concert.

The suspicions were evenly split in the Sleuth Booth and the interrogation was tough and focused. Sleuthers had been spurred on to get the answers they needed to vote for their choice of liar.
"Michi, you had blisters on your feet from the first day, but then you ran to the train the second day. Explain how you recovered so quickly?"
"Bruce, what was the name of the area the TV station broadcast to?"
"Helen, what's your normal shoe size and your Croc shoe size?"
"Derek, you said Phil Collins was a blur yet you had a conversation with him. Explain yourself!"

Oh Gosh! The voting was tense and split, but with a clear choice of liar. Derek was voted least likely to be the liar with his Phil Collins love story, followed by Bruce and his Latoya Jackson second-hand chewing gum gift, then we had Helen and her swollen leg lacey spandex experience, but Sleuthers seemed certain and voted Michi and her beautiful tale of journeying thousands of kilometres to catch a few hours with her lover and the spooky serendipitous signs that it was meant to be. I still don't know how the audience didn't figure out that her lover named 'Derek' was now her husband and was standing on the same stage with her?! Oh, Sleuthers, how cynical you are!!

The drumroll pounded faster than Michi running to catch that train, the Suspects teased and then like an arrow through the heart, the liar stepped forward to oddly rapturous cheers. And Derek claimed his Perfect Liar crown.

Yet another loss to the Sleuthers, but can they be triumphant next month on March 20th at the all-female cast show in celebration of International Women's Month? You'll have to be there to find out. 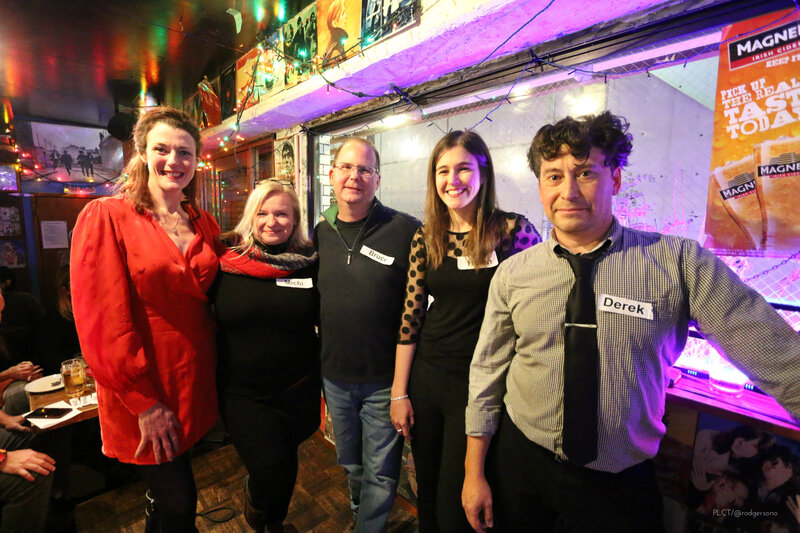 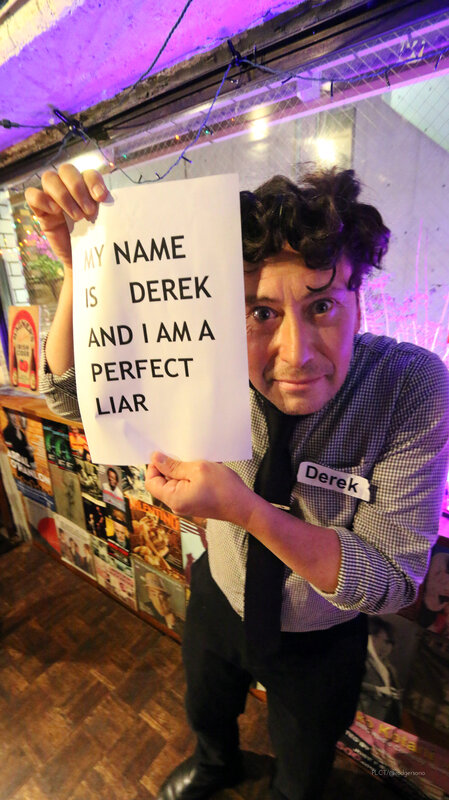 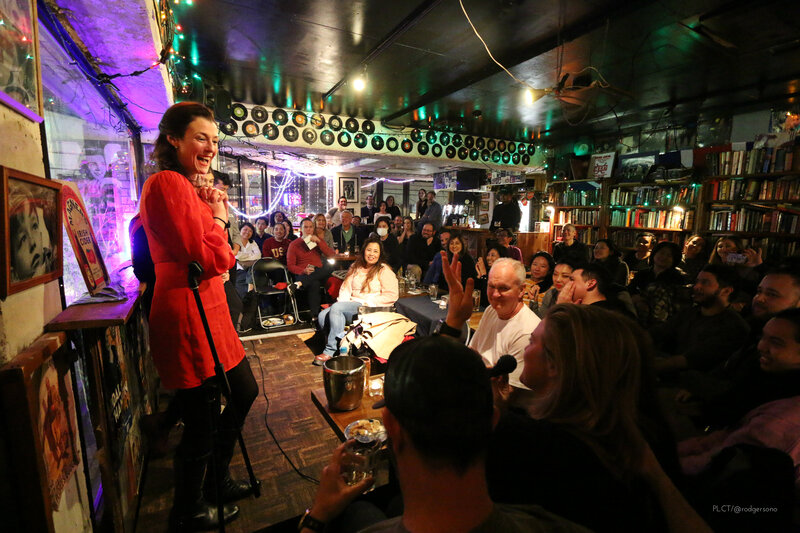