Displaying all appearances of having benefitted from a long winter’s nap and sporting the rosy glow of optimism that accompanies the arrival of a new year, the inquisitive masses made their way to Dupont Circle’s Bier Baron Tavern for the January 2017 edition of Perfect Liars Club.

And thanks to near record-breaking last minute ticket sales and a strong walk-up crowd, it wasn’t long before the site of everyone’s favorite monthly storytelling interrogation show was abuzz with excited anticipation. As the Perfect Liars Club theme played out over the now hushed crowd and the night’s host, Cara, took the stage, everyone in attendance — both veterans and first-timers alike — instantly realized that they were about to be part of something very, very special.

The night’s four storytellers offered up a wide-array of detail rich subject matter for consideration:
Each story seemed more preposterous than the last, and when the time came for the audience to interrogate the night’s performers, it appeared that everyone in the room had a question to ask:
As the clock ticked past 9:00 p.m. and the interrogation was brought to a close, it was apparent from the crowd’s deafening groan that its thirst for answers had yet to be quenched. In the end, it came down to a three-way race between Pam, Morgan, and Rachel with Pam edging out her nearest competitor by a mere four votes. Had they gotten it right? Had the audience spotted the liar for the first time since our May 2016 show?

As the sound of the drumroll filled the Bier Baron Tavern to its rafters and the night’s liar stepped forward, the rabid crowd breathed a collective sigh of relief before erupting into a mighty cheer.  Pam stood before them crestfallen, a liar spotted.

Perhaps this year will be different, after all. 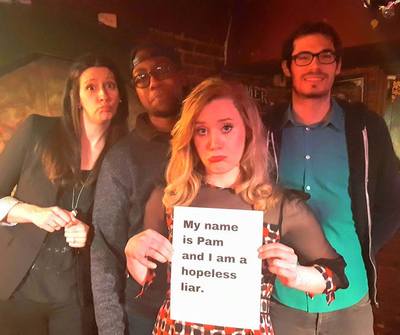 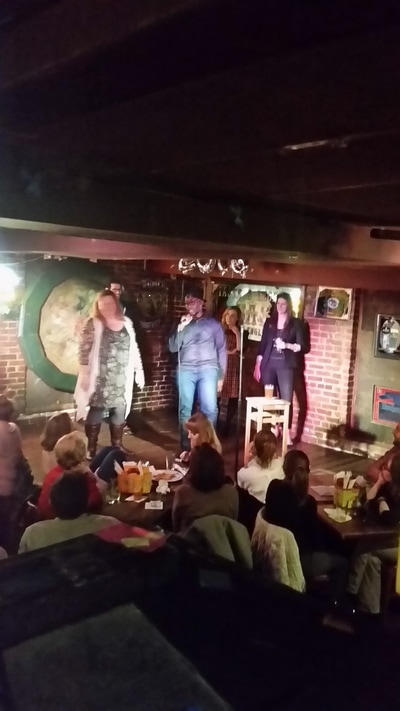 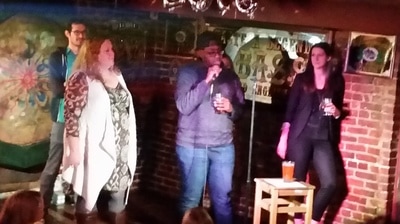 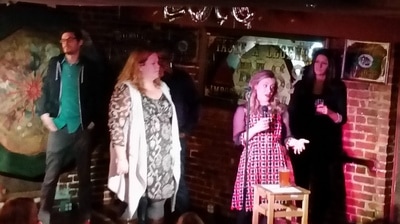 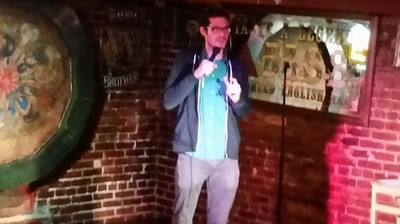 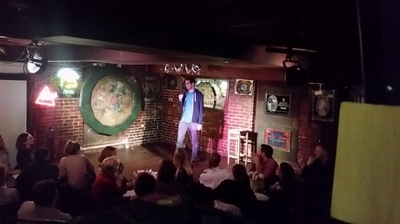 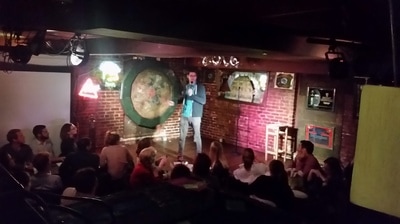 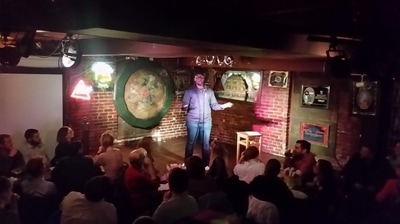 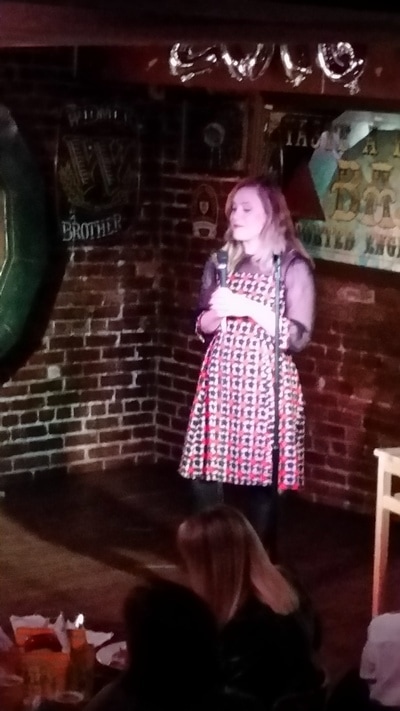 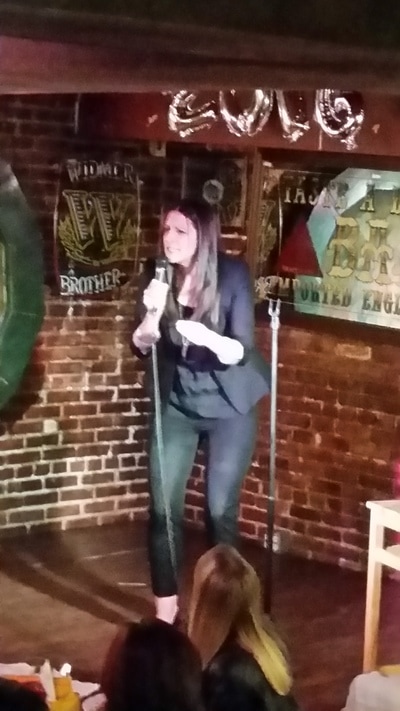 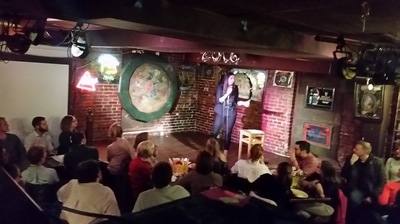 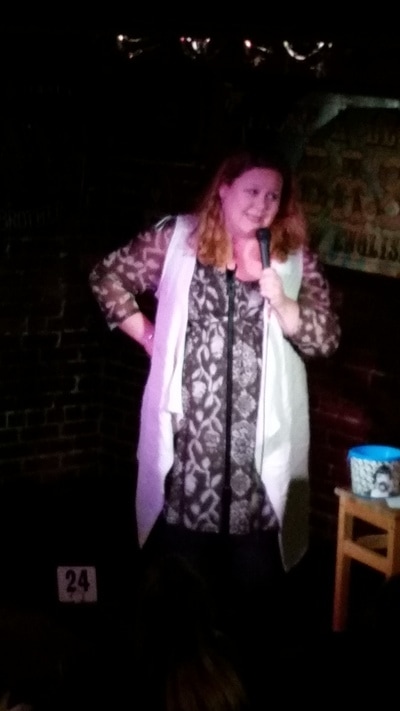