No matter the outcome, one thing was clear from the start -- this audience came ready to be entertained. And thanks to our talented lineup of storytellers, entertained they were by four hard to believe tales:
By the time of the interrogation, our audience was absolutely rabid with suspicion. So much so, in fact, we went into Perfect Liars Interrogation Overtime. Some of the probing gems from the crowd included the following:  Hands were raised. Votes were counted. And Ian, the conference con man, was deemed the most suspicious of the lot, besting his nearest competitor by 12 votes. The drumroll sounded. The storytellers jostled back and forth. And as everyone’s anticipation climaxed, Nupe stepped forward to thunderous applause. His account of a poor parenting in public was nothing more than an old wives' tale. 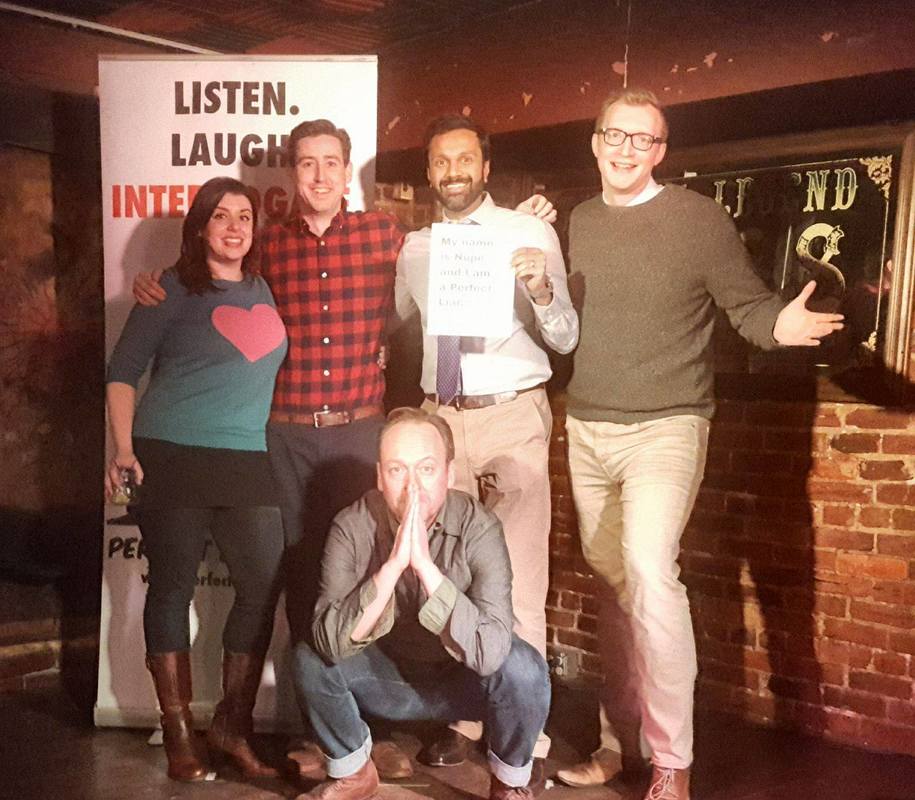