As anyone who was there will attest, the first London Perfect Liars Club of 2019 was insane. It sold out more than a week in advance but when we arrived to open the doors, there was already a serious queue. On this night of Brexit politics, the sleuths of London had clearly decided what they wanted to Meaningfully Vote On: who was the liar?

Once two whole new admission categories had hastily been invented, we crammed people into that room and prepared for some serious sleuthing.

But was it James with their claim of receiving a poisonous rattlesnake bite from... a handbag? Or Gregory who allegedly faked his identity and defecated in a celebrity’s airing cupboard? Or perhaps it was Gemma, whose lack of barricade-building training was almost the end of her in a Kabul attack (but was saved by a ball of string). Or was it Jonathan who swore that deep into his twenties, he got trapped in a world of pranks that culminated in streaking in front of many, many female golfers.

The suspicions were high. James had to recite the latin names of the rattlesnake species - then when an audience member said they weren’t a herpitologist but DID have questions based on his expert knowledge of Basilisk fangs in Harry Potter. James reassured us based on their appearance in Harry Potter and the Cursed Child in London’s West End. A compelling case. James also gave us my favourite quote of the night: “The venom’s gone global!”

Gregory had to demonstrate the logistics of pooing in a cupboard and explain exactly how his mum got implicated in the whole sorry saga.

Meanwhile Gemma had to describe who was in this Afghan government room, explain why her husband was more interested in getting a story than saying a final farewell to his wife, explain why she was not currently wearing a wedding ring... and produce the string she claimed she now always carries with her.

And finally Jonathan, who had claimed he took up crochet to hide out from his bad-influence friends was quizzed on crochet stitching - and the detail of his picnic recipes.

Finally the votes were counted. Most suspect was Gregory with nearly half the votes; next was James with a quarter. The final quarter of the audience were split evenly between Gemma and Jonathan.

The drumroll commenced. And the truth was revealed... It was James! Better luck next time, sleuthers. Tix here. 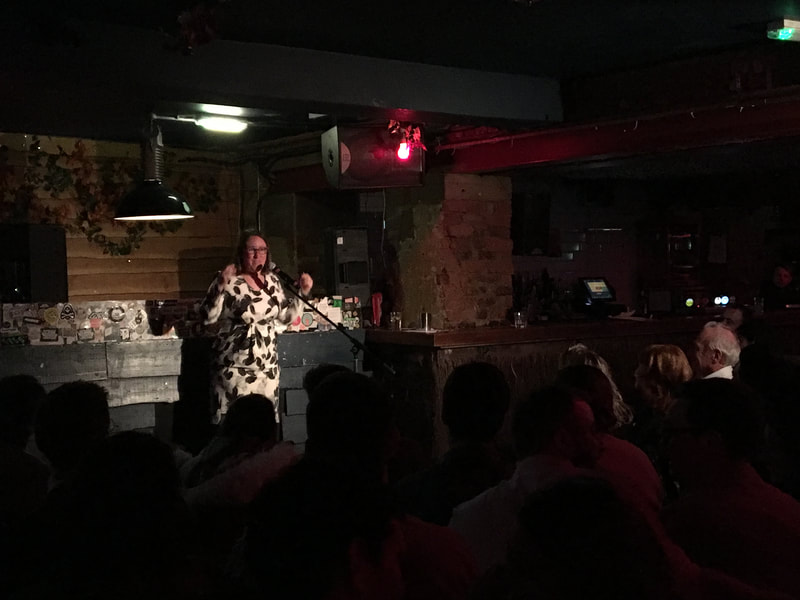 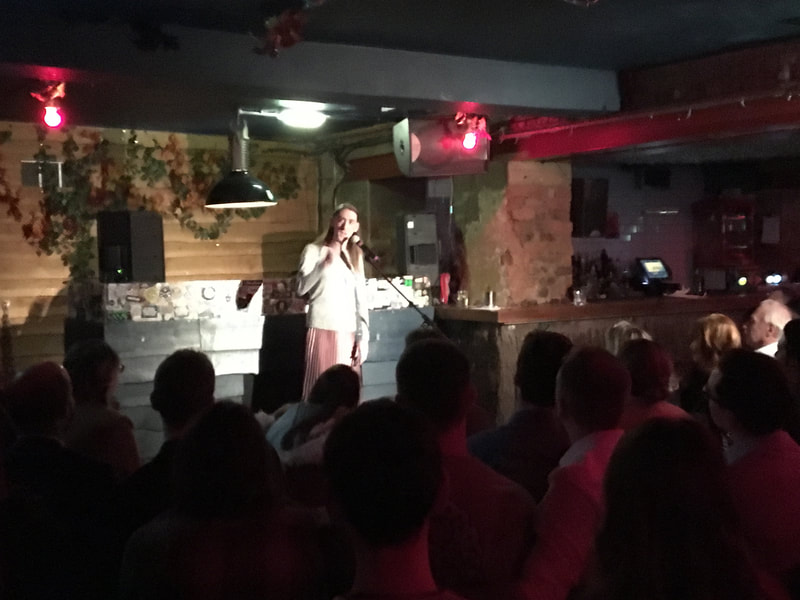 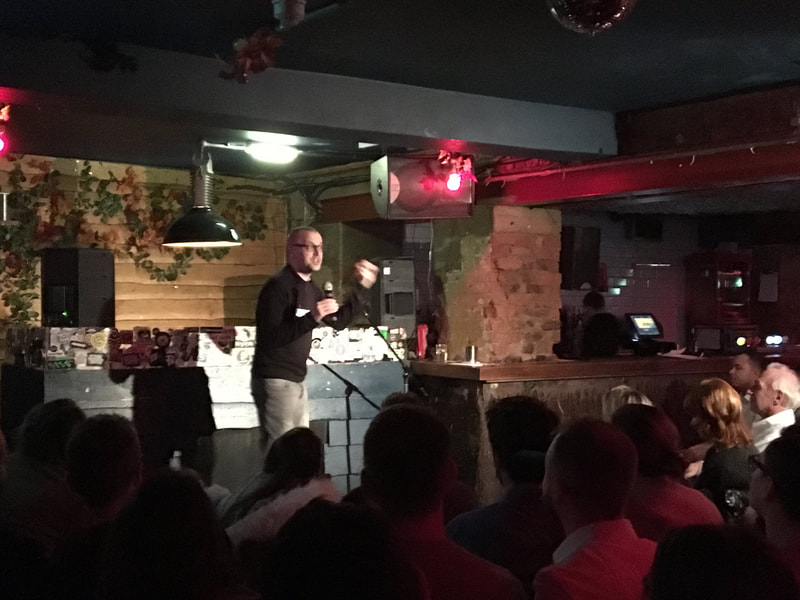 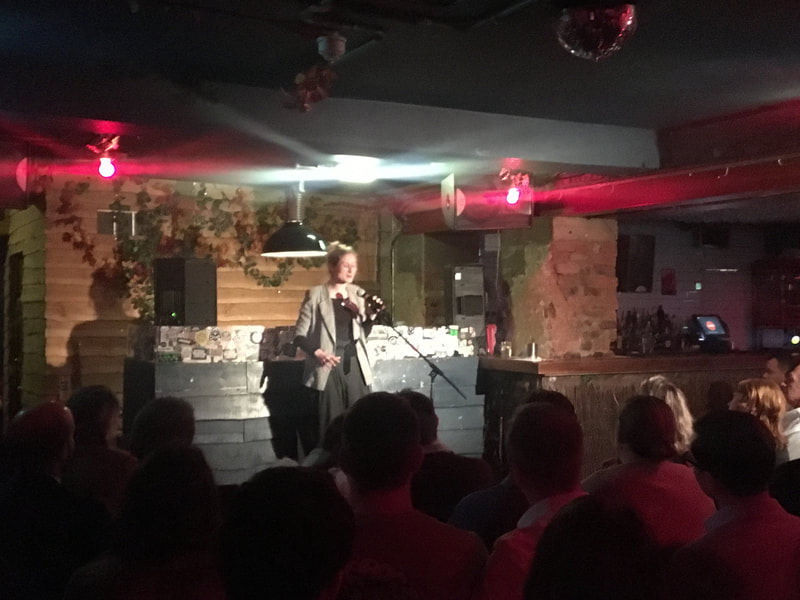 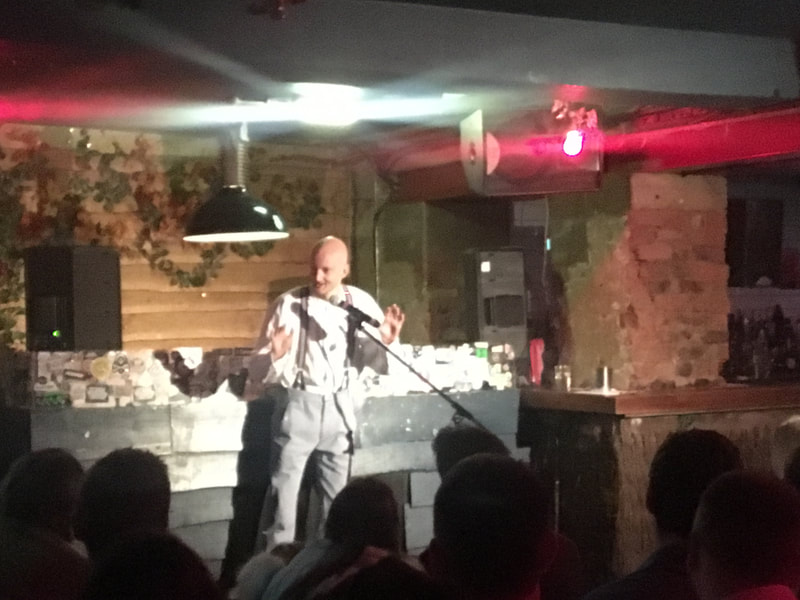 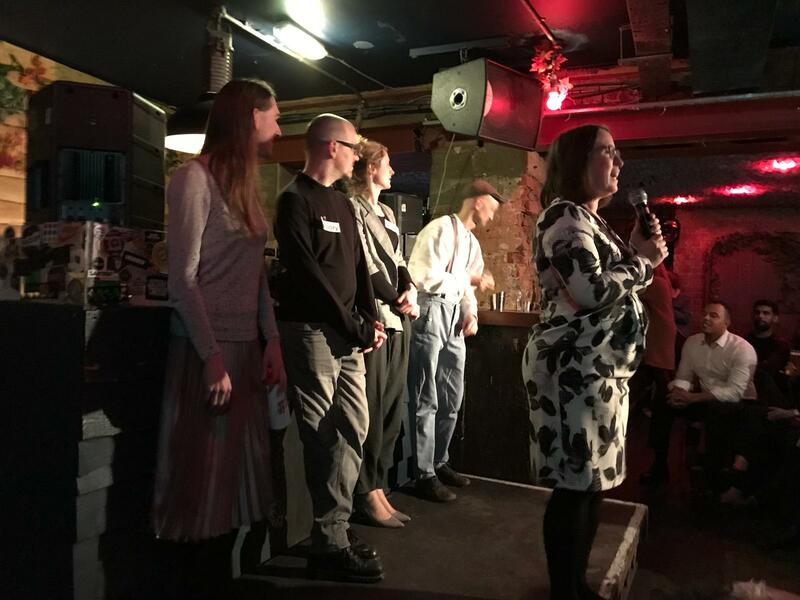 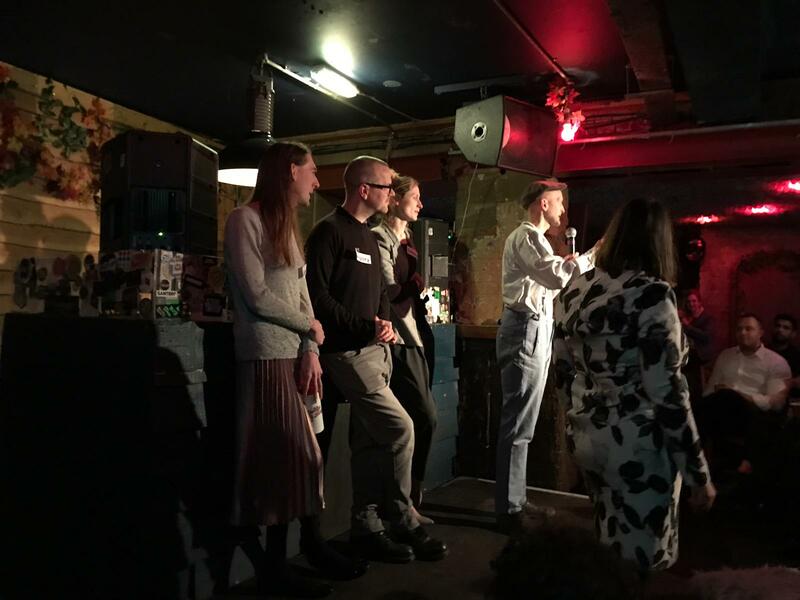 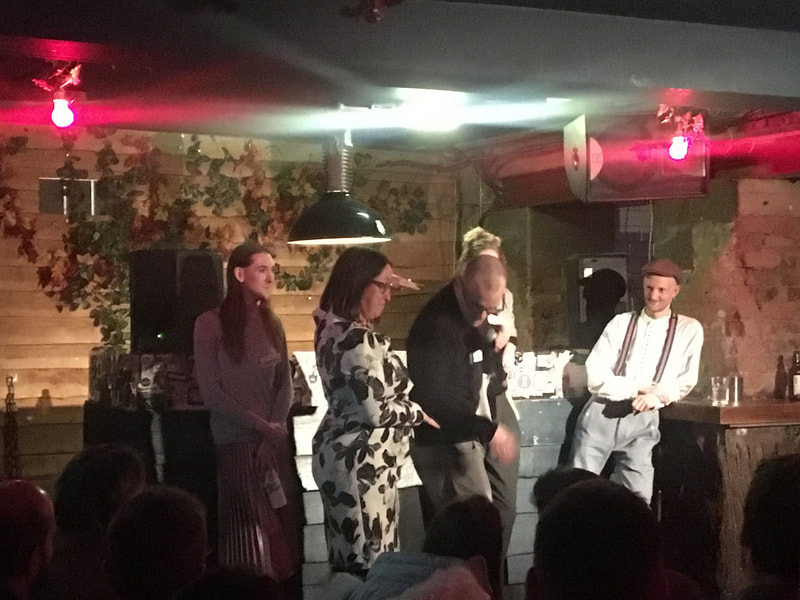 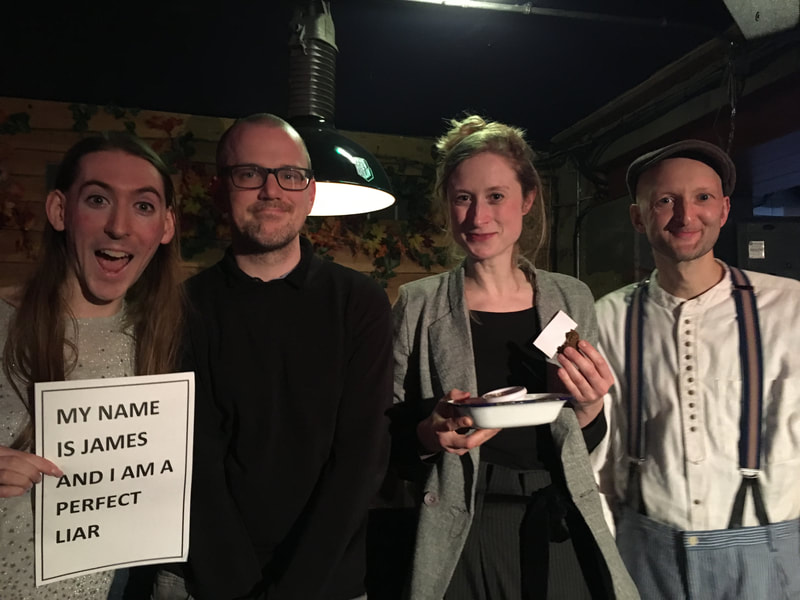 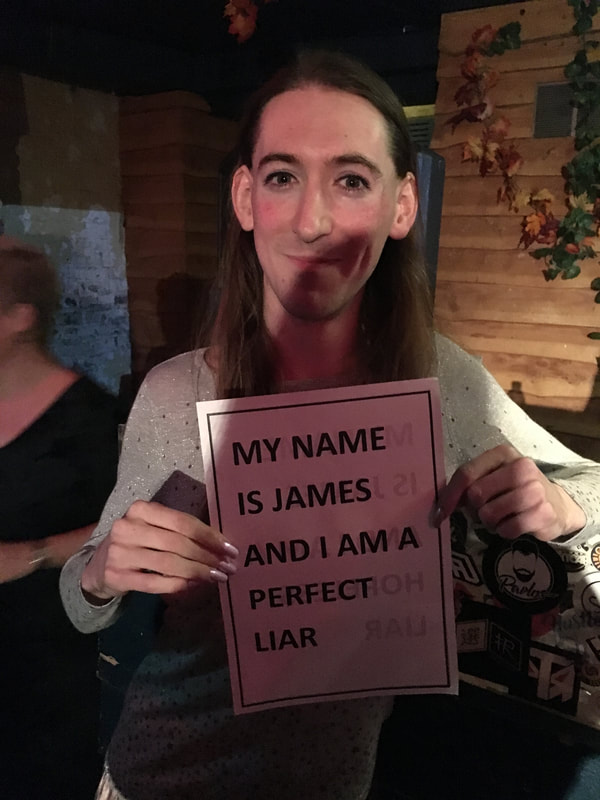