We came, we saw, we conquered. At the start of 2013, Perfect Liars Club was just a twinkle in the eye of Layla and Roz, two Brits who'd come to Washington for four years. But then we made it reality. We launched in May 2013 at the Science Club, we acquired a theme song, we started selling out minutes after the tickets went on sale, we took the show to the Capital Fringe Festival, we shifted to bigger venue, the Bier Baron, we delighted in our many excellent performers and our shrewd audiences... but we were always here for just four years.

July 1st was the Layla and Roz farewell gala show. We kicked off as usual: four hilarious and suspicious stories. Lauren Campbell went first, with her claims of a sleep apnea medication having some musical side effects as she manically posed as a Broadway singer. Then Adam Ruben with his hopes that a professor who tricked him into going to grad school would get his comeuppance. Third up was Keith Mellnick with his odd choice of vacation destination: Afghanistan. And finally Michelle Carnes with her fangirl meeting of Nick Cave.

Next up: a special farewell song written and sung by Lauren to the tune of the Perfect Liars Club theme song, complete with a karaoke version of the theme song recorded by the Sweater Set. There was a Fringe poster for Perfect Liars Club signed by past suspects. There were cupcakes baked by Layla's colleague Hannah. And there was a comedy raffle where Layla and Roz got rid of some of their old items, particular highlights being a banana ice cream maker, and many puzzles...

But of course, we were soon back on track with a vigorous interrogation, after which the audience suspected Keith the least, then Lauren, and exactly the same number of people voted for Adam and Michelle. We had a re-vote where Adam and Michelle were the only two options, and Adam was found to be highly suspicious... so you can imagine the screams when the drumroll commenced and who should step forward but... Lauren! 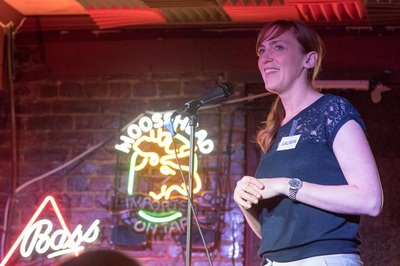 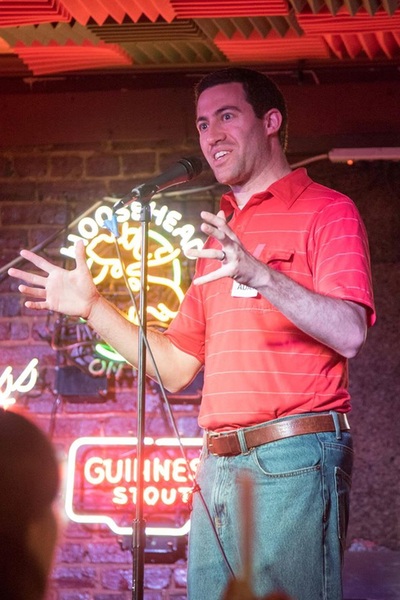 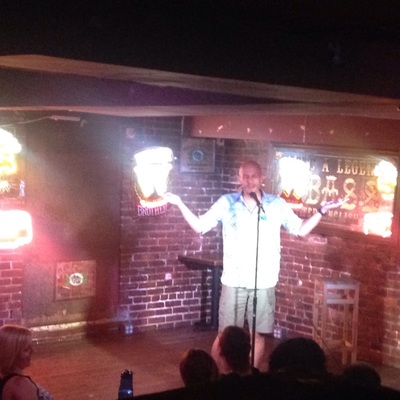 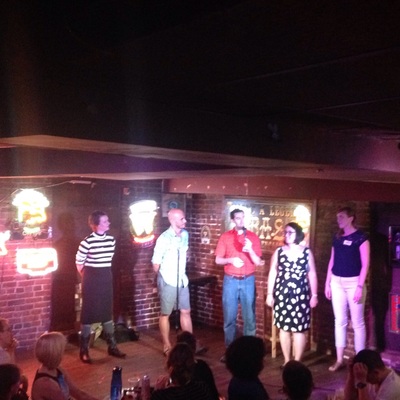 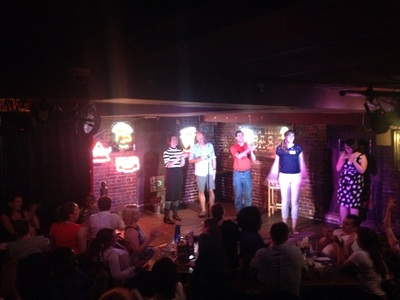 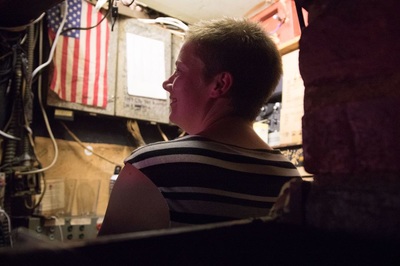 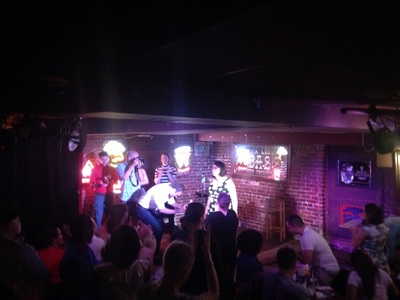 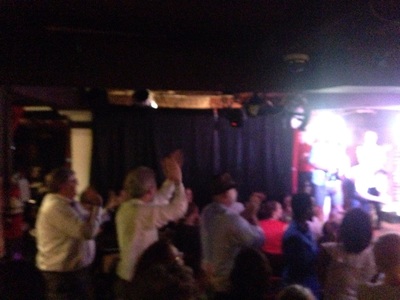 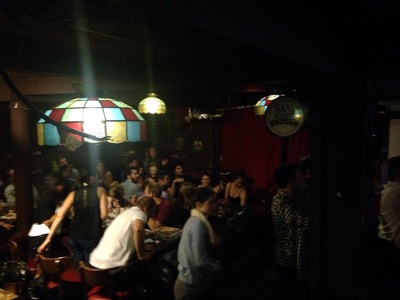 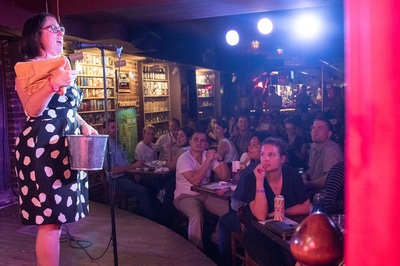 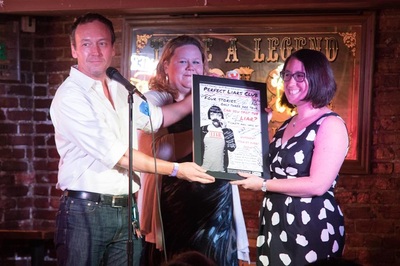 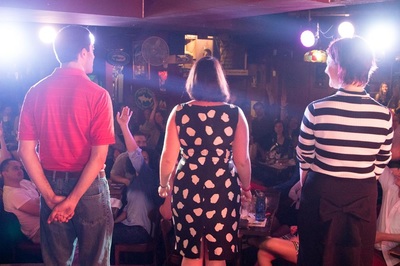 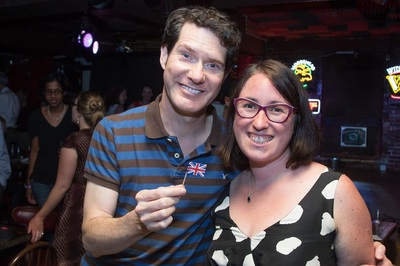 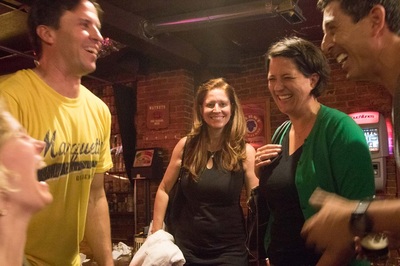