July is a quiet month in Tokyo, and with storytellers unexpectedly leaving the country and being admitted to hospital, the question on everyone's lips: would the show go on? Of course! A couple of last minute suspects stepped up and we were ready for action!

But who would be the liar tonight? Was it Elijah, with his tale of fleeing a Japan earthquake only to encounter a LA typhoon as he hunted for his boyfriend after a miserable marathon? Or was it Marlene, who claimed she took her Costa Rican Zebra Tarantula to school... with tragic results (for the spider, and for her promposal dreams). Or could it be Ruben, who alleged that in his teenage pursuit of some girls from the neighbouring high school, he dramatically broke the stopclock and destroyed a major basketball game?  Or finally, was it Dita, with her tale of how she lost her purity... ring? At one point, Marlene was questioned about the death of the tarantula and she cried real tears. Ruben was asked if he ever got a date after the incident, and he blushed real blushes. This was real. Or was it?

The audience was divided, with people declaring at the interval "I think they're all true... or maybe all false?" The questions got technical. Could Marlene name three more types of tarantula, proving her alleged arachnid obsession? Could Elijah explain why there was a typhoon when that was meteorologically impossible? Why did Ruben not get in more trouble? And how exactly did Dita hide her romance from her conservative family? At the end of the interrogation, things were both more and less clear. But after a barrage of questions the highest number of audience members still suspected that Elijah was the liar. Tied in second place for second-most-suspicious story were Ruben and Dita. And with the fewest votes, Marlene was deemed most likely to be telling the truth. Which was exactly what she wanted for her very last show with Perfect Liars Club Tokyo before she moves away. Because the drumroll commenced and the liar stepped forward... it was Marlene! 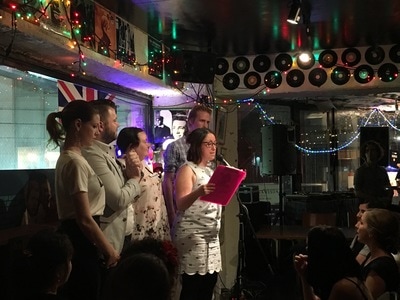 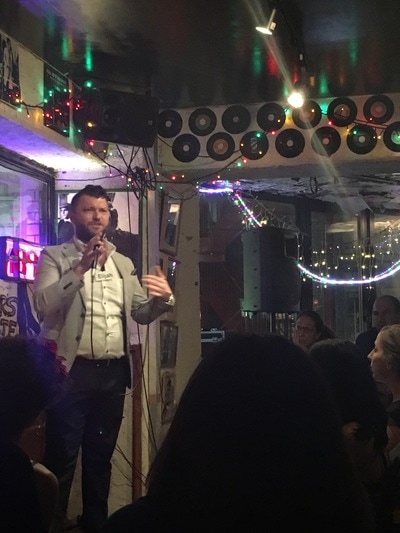 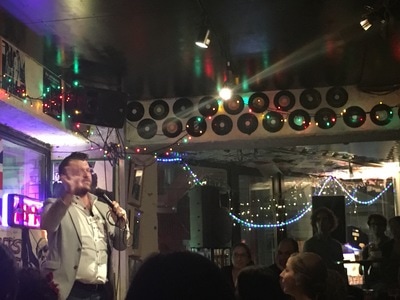 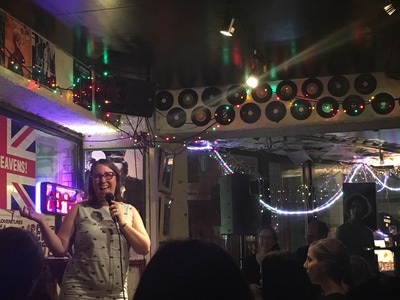 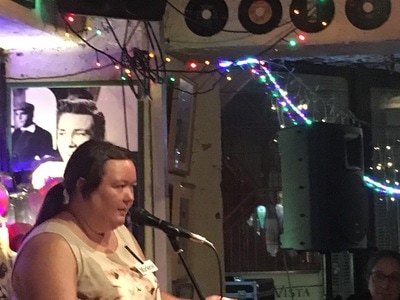 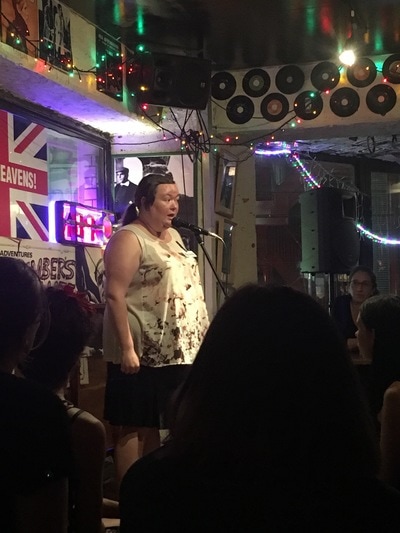 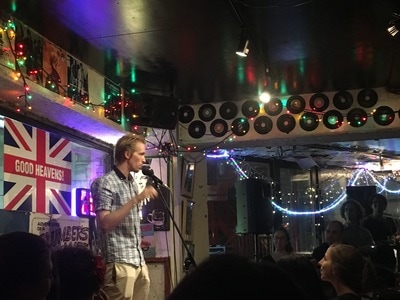 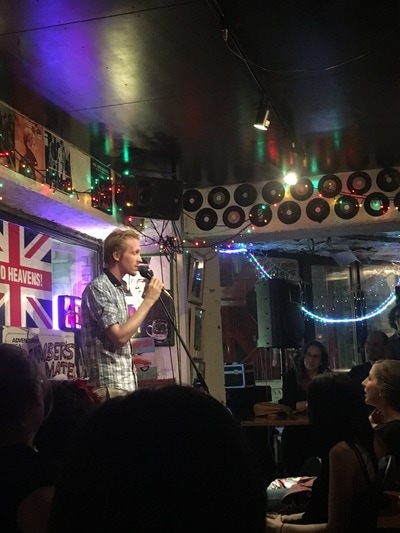 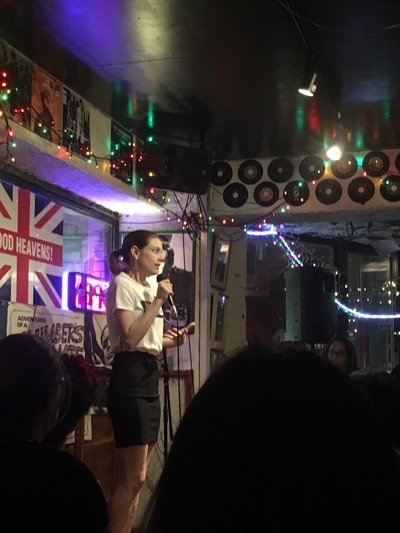 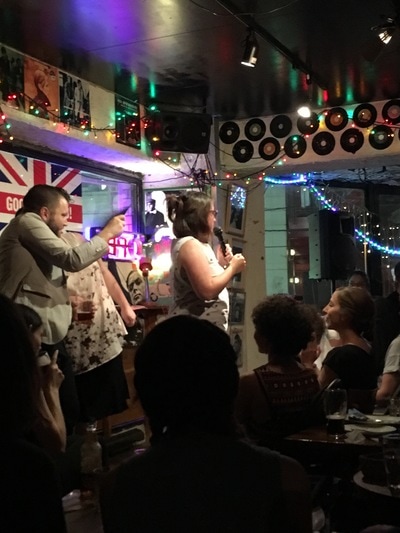 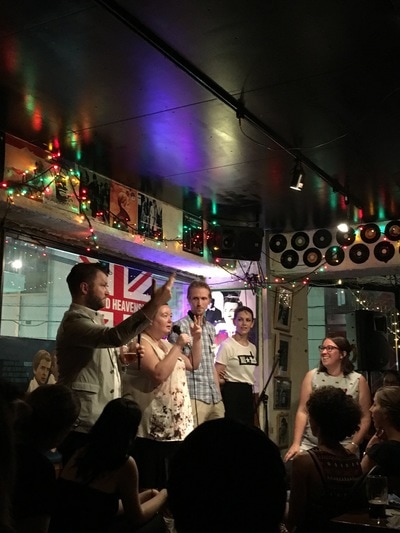 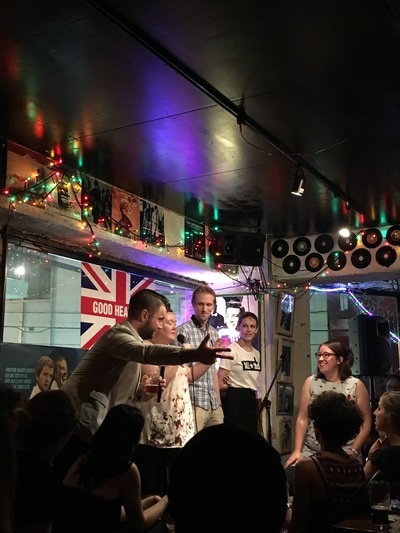 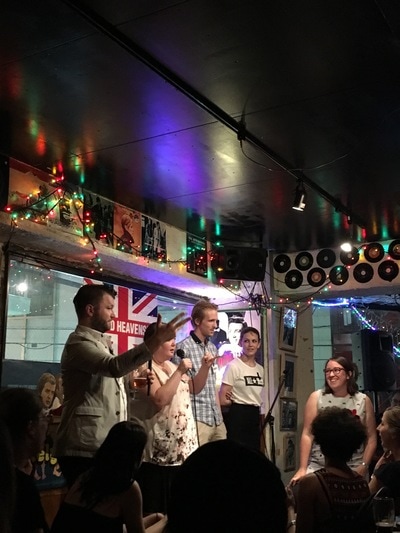 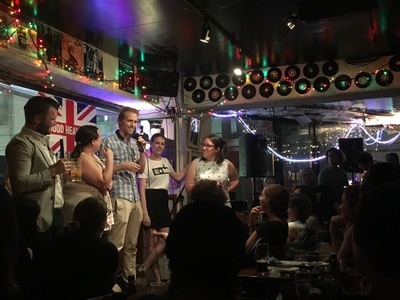 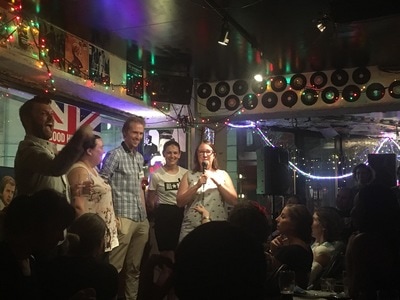 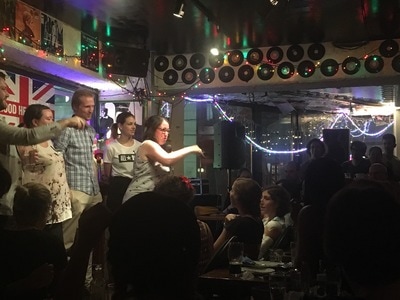 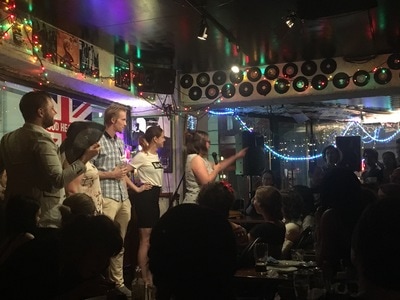 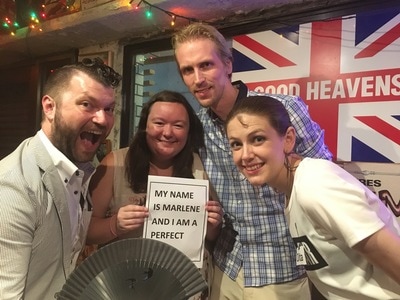 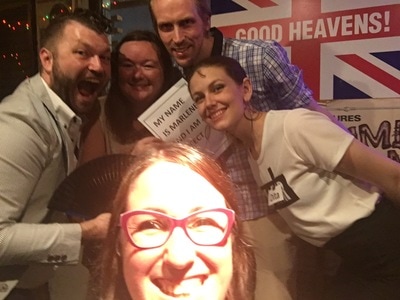 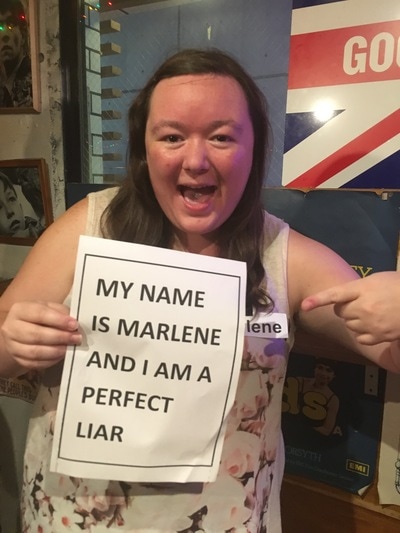