Whatever I write I will never be able to convey the sheer energy and enthusiasm from the Sleuthers at the July Edition show. They listened and laughed intently, then roasted and toasted the Suspects during interrogation with endearment yet purpose. It paid off for 40% of them as whistles, cheers, and ‘honks’ resonated throughout Good Heavens Bar as the liar stepped forward as a Hopeless Liar!

Once the surprise birthday cake and an 80 strong chorus singing Happy Birthday was recovered from, the show set off. The stories were juicy and odd, and superbly delivered. We had an accidental discovery of overt displays of masculinity in Kyoto. A bloody tale of super human strength to gain validation from a bloke named Bonesnapper. A journey to ‘Czech Atlantis’ to satisfy a Grandfather's dying wish, only to end up having their own dying wish. And a hot and cold secret romance ending in revenge and university expulsion.

Now this is just diamond. Our regular Sleuth Booth videographer was away and upon hearing this, 3 regular Sleuthers took swift action and commenced Sleuther interviews. This is community folks. This is beautiful. This is how ‘hungry for justice’ people behave.

The interrogation was a scream. Our newbie front row interrogator scrolled down her list of questions and got right on the case. This opened the flood gates. “If she was Japanese, how come her eyes were blue, Evans?” “Stacey, can you describe how he lifted you and carried you?” “Justin, please describe exactly how you made the blood in such vast quantities.” “Hey Julia, why didn’t the police come and intervene while you were knocking door to door?”. There were no accusatory outbursts this month, but we did have some physical action on stage.

Tick tock. 2 minutes came and went and votes were placed with vigor. A couple of late deciders popped up last second, but it did nothing to change an overwhelming vote for one Suspect. Justin and his bloody Bonesnapper tale came in as the most believable, with Stacey and her grapefruit crushing, dribbling macho man story coming in third most likely. In second place, we had Julia and her ‘pain in the ass’ Grandpa leading her into dangerous ‘Czech Atlantis’ situations. And finally, an overwhelming vote for Evans and his blue eyed Japanese love interest who ‘threw him under the bus’ (not literally, folks!) and the revenge dish he served up after.

Your birthday girl MC was overwhelmed with excitement. The Sleuthers were overwhelmed. The Suspects were ready to reveal. After a little teasing, the Liar stepped forward and the room erupted with, as mentioned before, whistles, cheers, and human honk sounds. Has anyone ever heard a concoction of all three of those noises before? It was truly orchestral. Oh, Evans, why didn’t you just stick with brown eyes for a Japanese lady?

Now, although 40% of the great-listening Sleuthers wheedled out the Liar, 60% still failed terribly. Can the Sleuthers bring their top game again on 24th August? We’ll see. Challenge accepted. Tickets here. 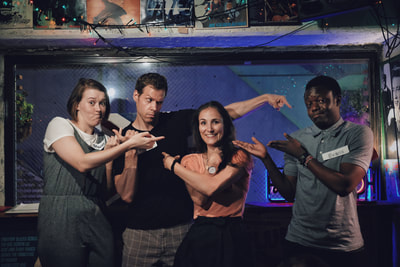 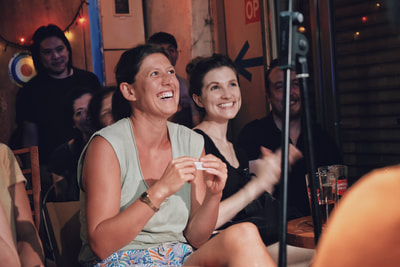 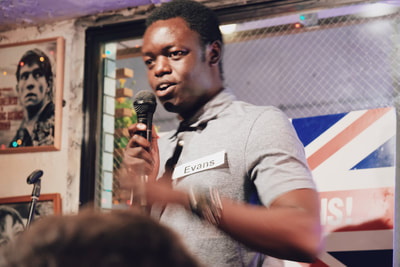 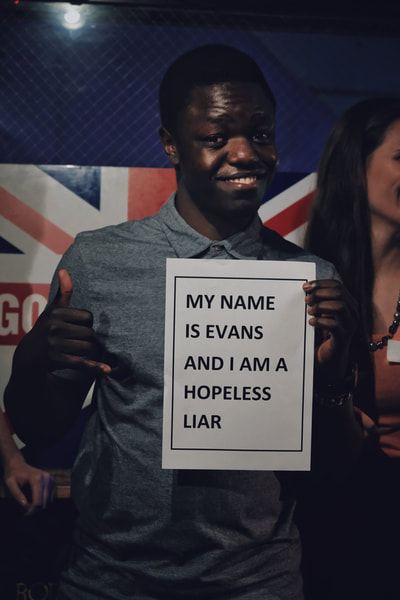 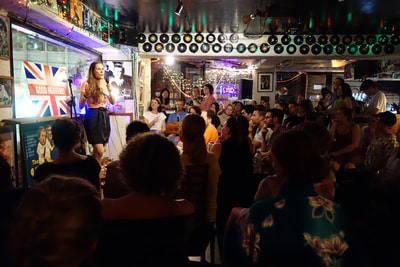 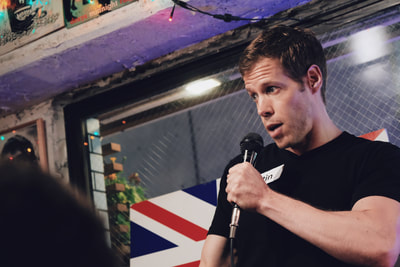 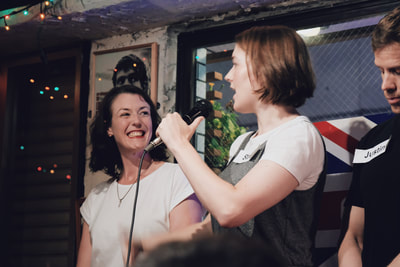 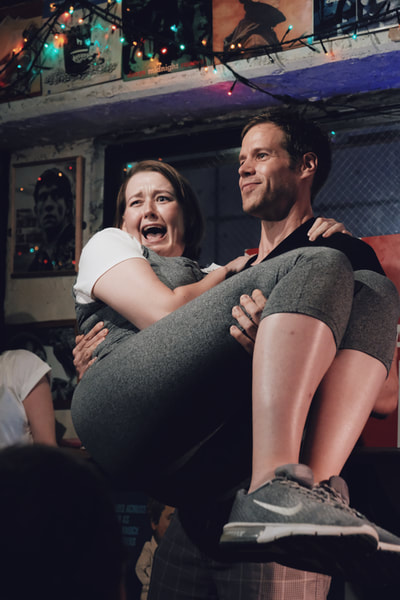