As Perfect Liars Club got underway, then tension was palpable. One of our audience members, attending for the seventh time, was leaving Tokyo this month and this was his final chance to spot the liar (having failed six times so far). But we made it particularly hard for him... First up was Ariel, claiming to have jumped off a train in India - then jumped back on again - in full action hero style. Then Daragh with a crazy tale of stripping atop a Japanese volcano in the middle of the night and being chased by the suicide squad. Next Anita swore to us that she randomly had to help deliver a baby in Kenya, before being used as ransom by the police. And finally Trey claimed that having learned stage combat at school, the police were called to halt his public violence. The stakes were high. The votes were counted. Most suspicious was deemed to be Ariel, then Daragh, then Anita, with Trey only attracting seven lone votes. The tension mounted as the liar prepared to step forward... and it was Trey! Seven audience members were very smug. Our seven-time attendee slunk bitterly home, having failed to ever spot the liar. 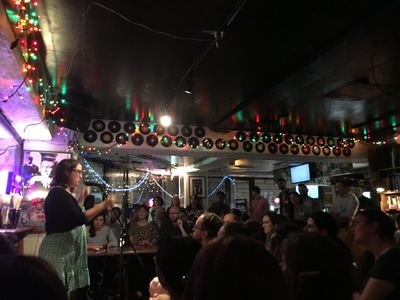 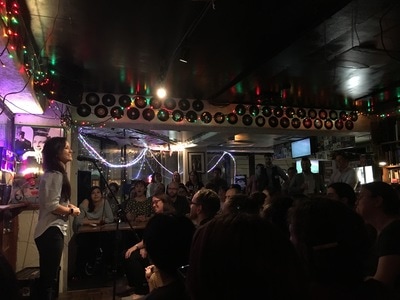 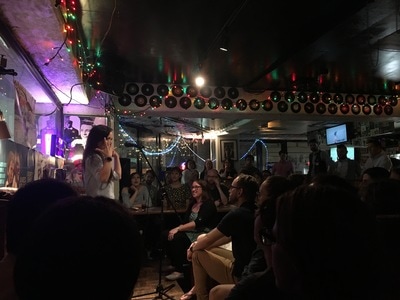 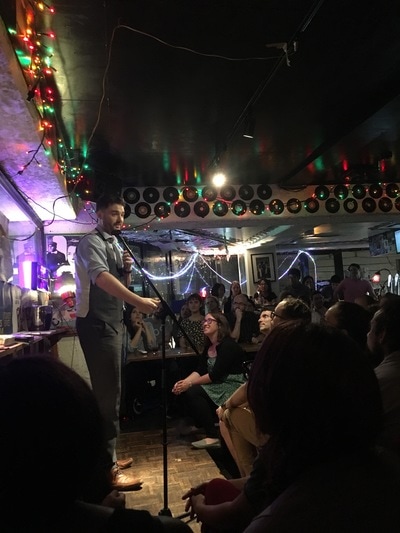 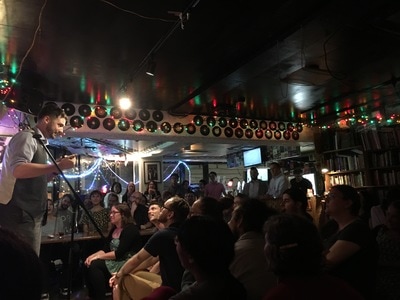 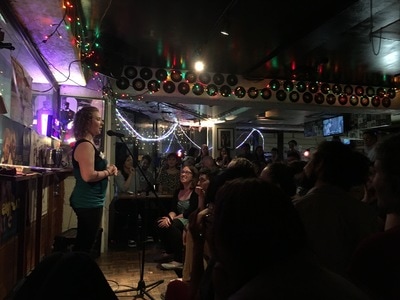 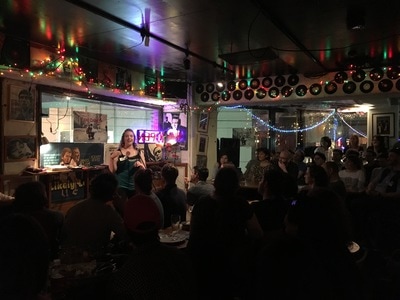 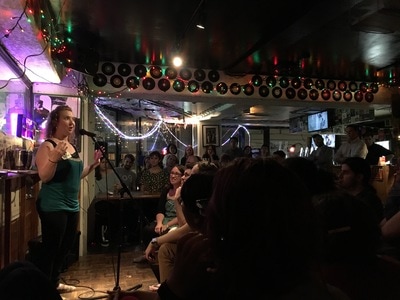 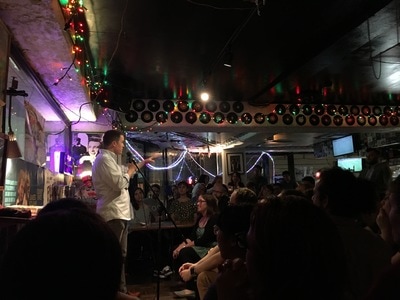 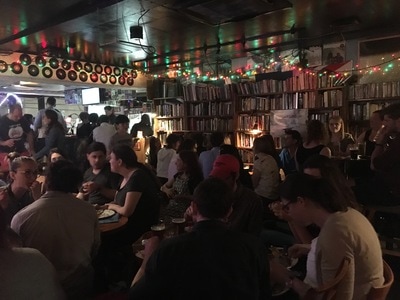 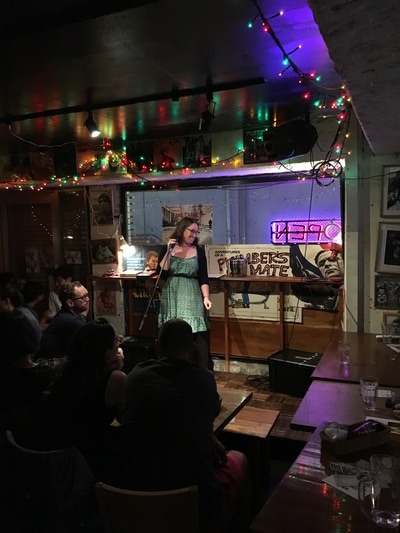 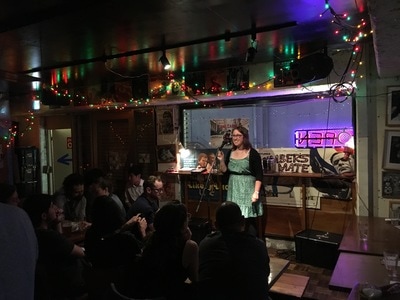 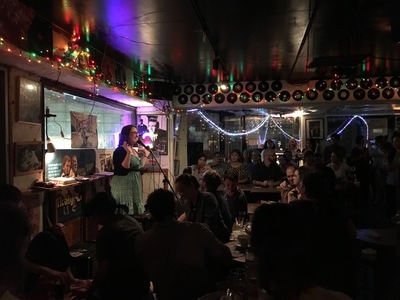 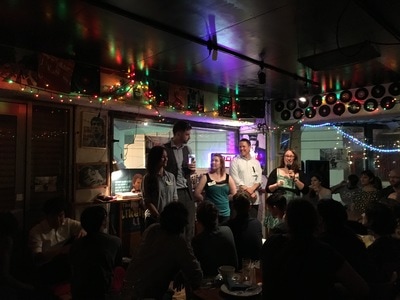 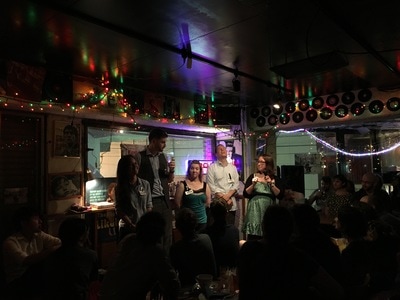 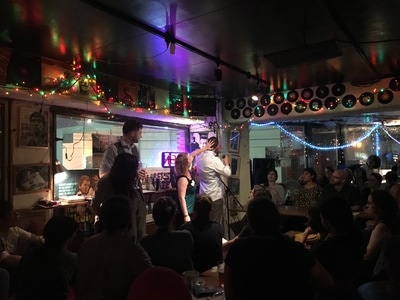 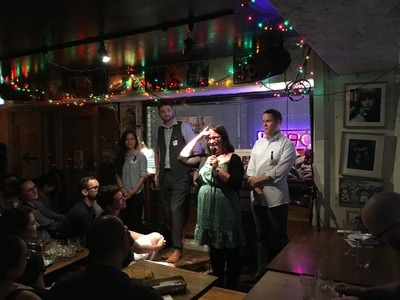 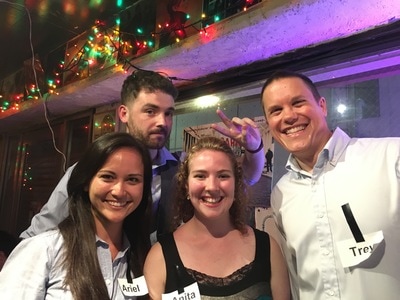 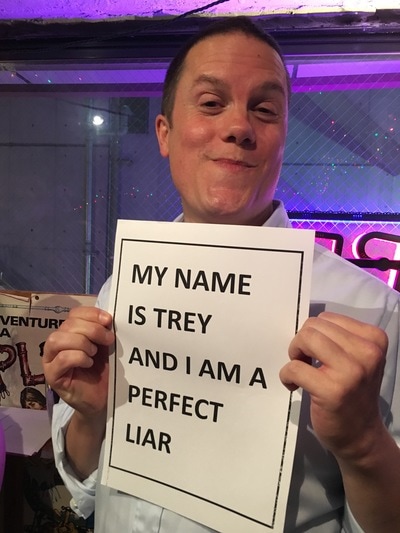 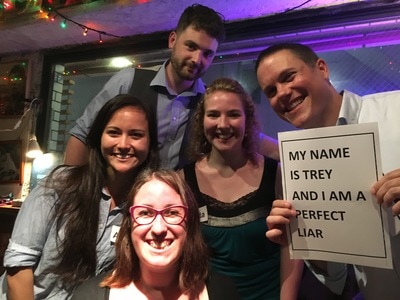 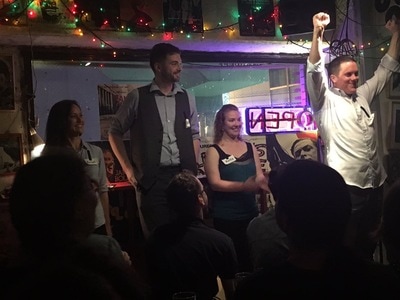