Some came solo. Some came in pairs. Some came to the Bier Baron Tavern in large groups, filling its tables with smiles and laughter and the animated spastic movements of friends old and new, lovers, and coworkers, all just happy to be sharing the same space and each others' company on a late-spring evening. Some came early. Some came late. Some came for the first time. Others for the sixth time this year. But no matter their differences, they all had at least one thing in common -- they would all soon partake in the collective joy of yet another sold-out Perfect Liars Club.

The capacity crowd was treated to a quartet of plausible yet perplexing tales from the all-star lineup curated especially for the show:
The interrogation got off to a very heated start when the first audience member selected arose from her chair and insinuated that clearly, David was the liar, because the two previous shows she attended featured lies predicated upon celebrity run-ins. Things only got decidedly more pointed from there:
If the audience vote was any indication, it was Ladies' Night at Perfect Liars Club, with Sarah and Andrea sharing the top vote-getter spots, separated by only two votes, at 29 and 27, respectively. But was Sarah's tale of frothy freshman fun and its unfortunate aftermath nothing more than a big bubble waiting to be burst?

The drumroll sounded. The audience leaned in. And the night's liar stepped forward, grinning from ear-to-ear. June's teller of tall tales was not Sarah. In fact, it was Mikael. And much like Sarah's freshman year foam party, the shocking revelation had the standing room only crowd in a complete lather. 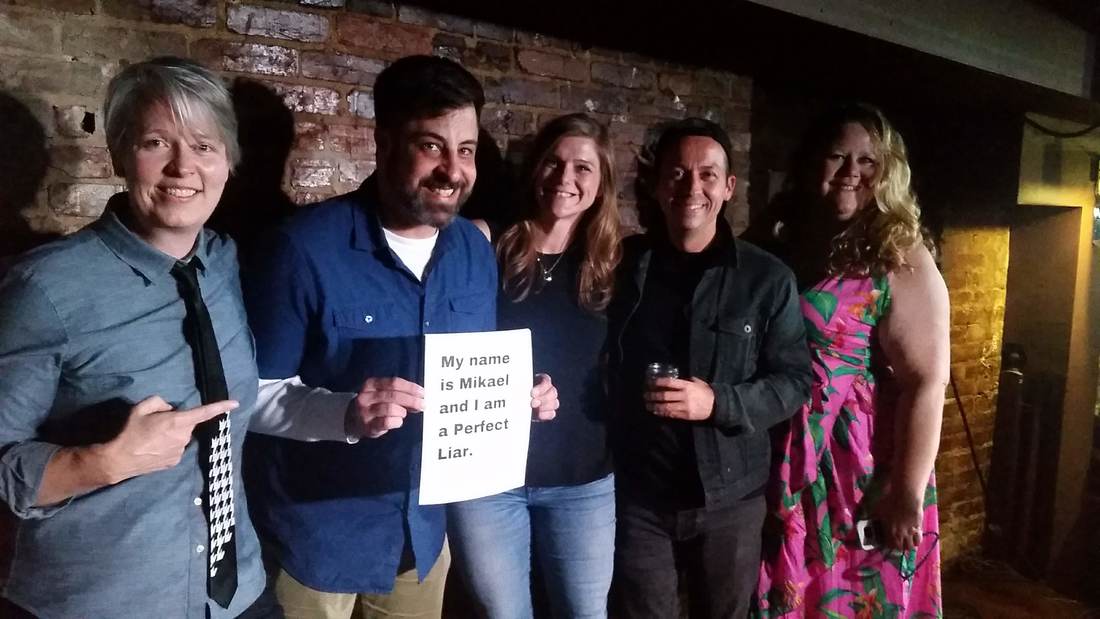