​It was the first Wednesday of June, and Dupont Circle's fabled Bier Baron Tavern and DC Comedy Loft welcomed the return of DC's favorite storytelling show with a twist, Perfect Liars Club. The steady rain that pelted the umbrellas of audience members as they waited in line to enter the bar did little to dampen the spirits of the boisterous crowd. Four months had passed since a hopeless liar was caught in the act. Would the congregation of DC's best and brightest successfully spot the cheat among the four storytellers? Time would tell.
The capacity crowd hung on each and every storyteller's word, alternating between bursts of laughter and shocked disbelief.  By the time the fourth story was complete, more than a few audiences member inquired if all the storytellers were lying. It was a perfect set up for what was sure to be a thrilling interrogation round.
Hands were raised. Votes were tallied. And in a shocking twist no one saw coming, DoD lawyer and would-be drug mule Zach received more votes than the other three storytellers combined.

The storytellers swayed to and fro as the sound of a drumroll filled the room. And then, to the unmitigated horror of all but 18 audience members, Sufian stood before them, a perfect liar unspotted. Sure, Zach's story might have smelled a little funny, but it was Sufian's tale that needed a lot more weeding. 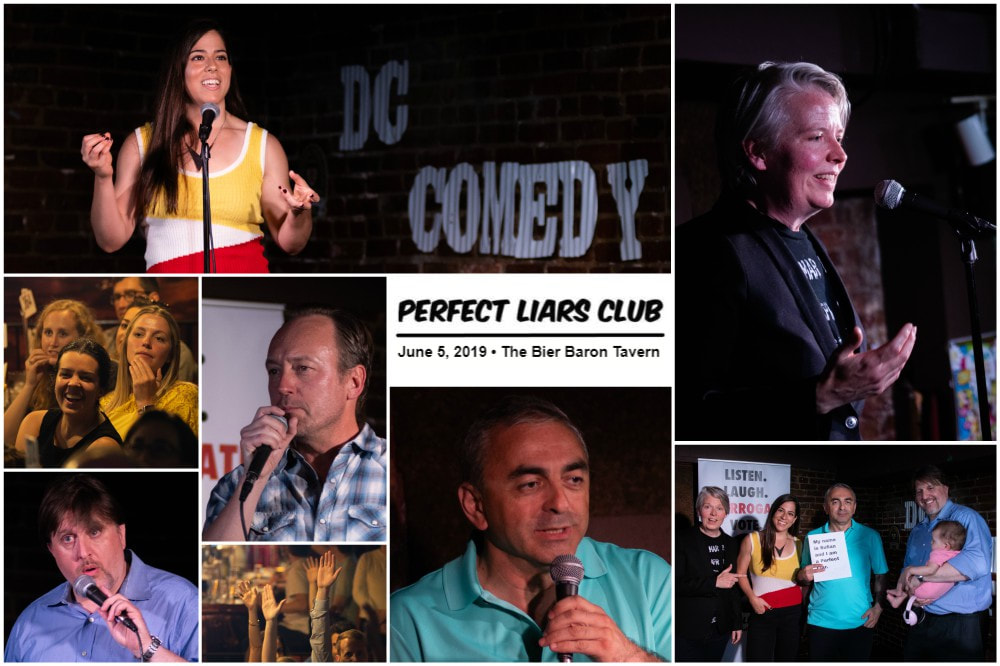 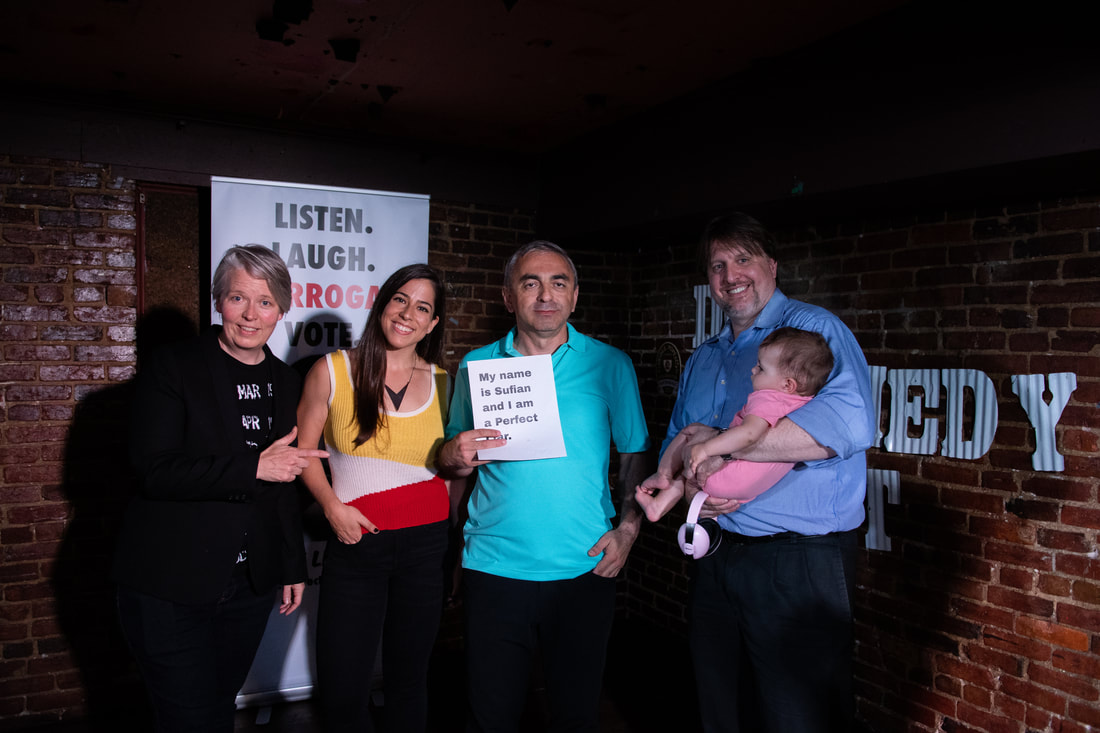