Competing with the World Cup upstairs, and on televisions across the city, we feared people would be tempted away from our stage this month, but you can't stop a dedicated sleuther. Sure enough, in came the audience and they had questions...

Our four suspects had fine storytelling pedigrees. Both Will and Scott had won Moth StorySLAMs and Will had just won a London Moth GrandSLAM. Elaine had been on Mortified London and the worldwide podcast. And Elizabeth had performed on the Perfect Liars Club Tokyo stage.

Which made it all the more difficult to know who was lying. Could it be possible that Elaine remained a romantic in the face of FOUR marriages? Or that Elizabeth had accidentally represented a major space agency at a conference with a predilection for aliens? Could Will have taught children in India to sing a daily song that translated as 'my father's dead, my father's dead'? Or could Scott have inspired the Friends episode about the Pottery Barn apothecary table?

At half time, the audience seemed divided between most suspecting Elaine and Scott. Did the dates of all these marriages add up? Why was Scott the one to be fired when Friends represented Pottery Barn as 'everything that's wrong with the world'? But as the interrogation commenced, the suspicions evolved. Could Will demonstrate one of the plays he made the kids in India perform about reducing HIV stigma? (yes he could - with the other suspects as characters)? And could Elizabeth describe space concepts?

In the end the vote came in. Least suspicious was Will, closely followed b y Scott. Elaine was more suspicious, but with double that number of votes, taking in over half the audience, Elizabeth was deemed the most likely liar. But yes, she did indeed take them in. Because when the drumroll commenced, and the liar stepped forward... it was Scott! 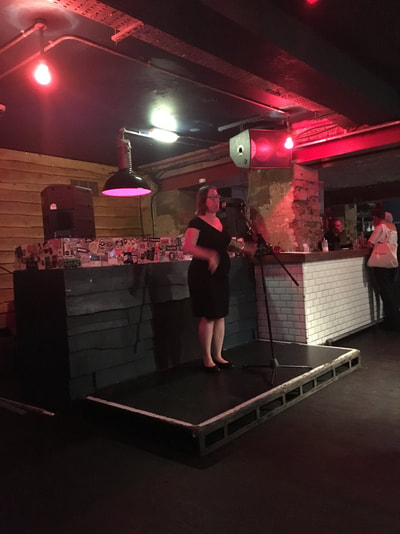 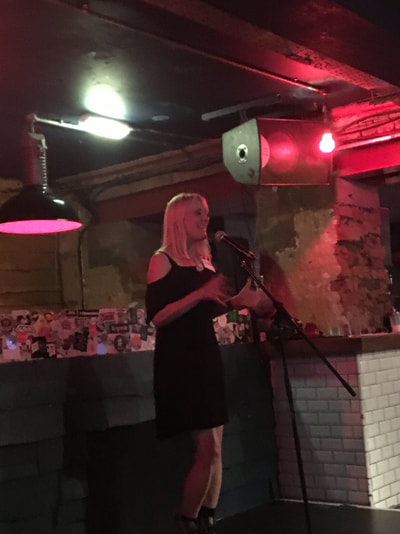 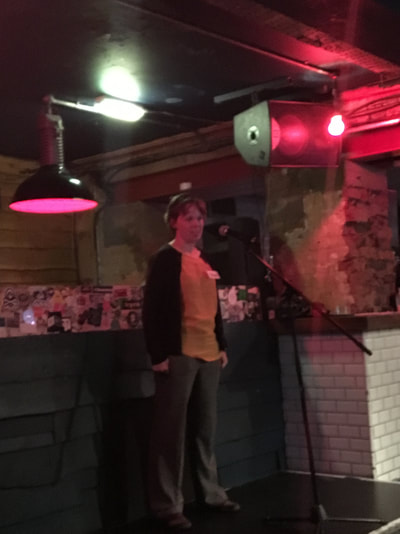 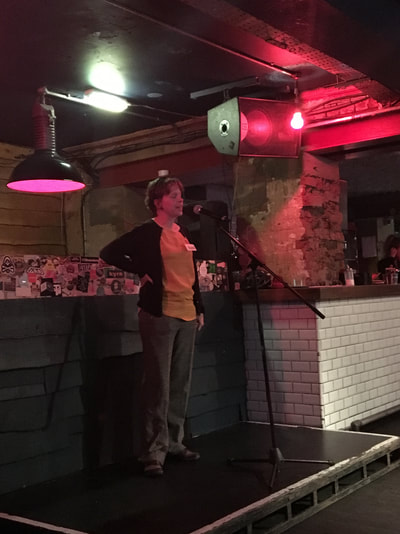 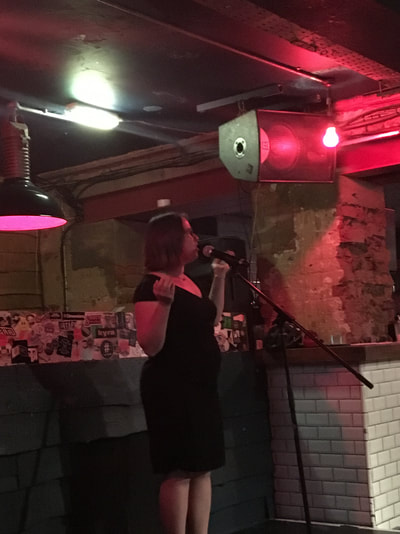 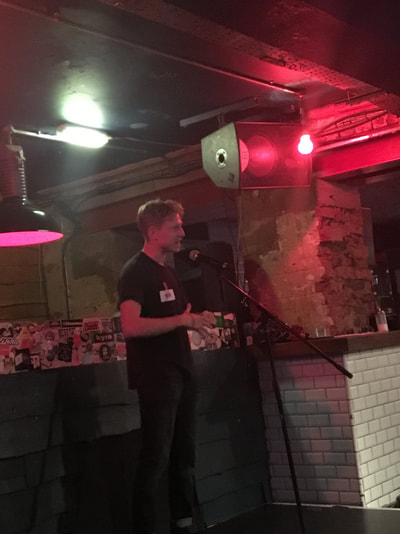 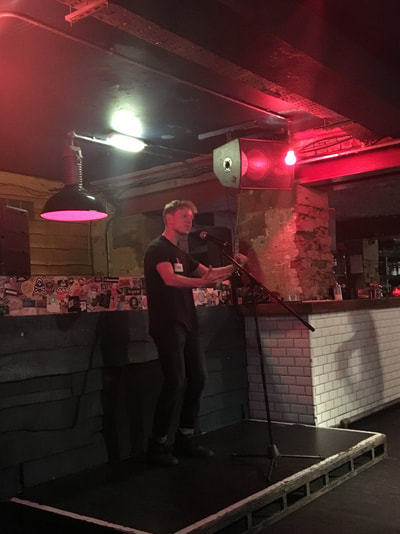 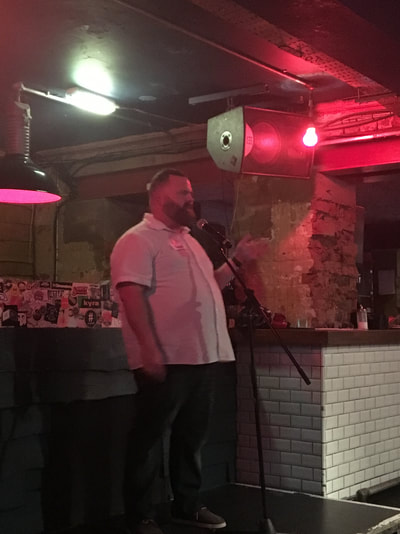 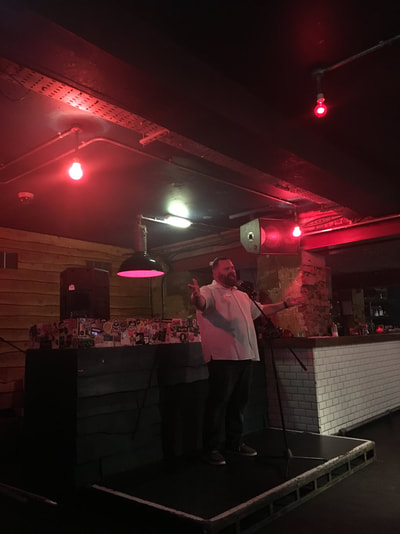 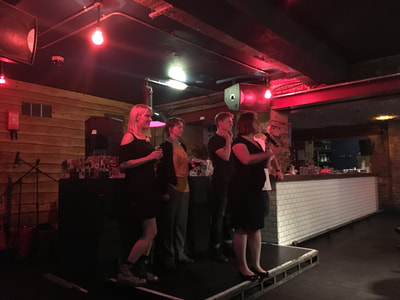 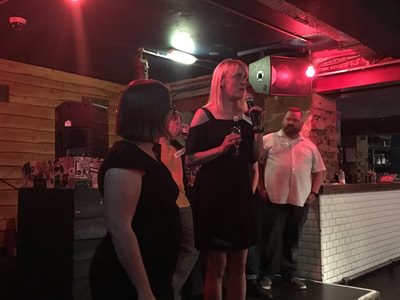 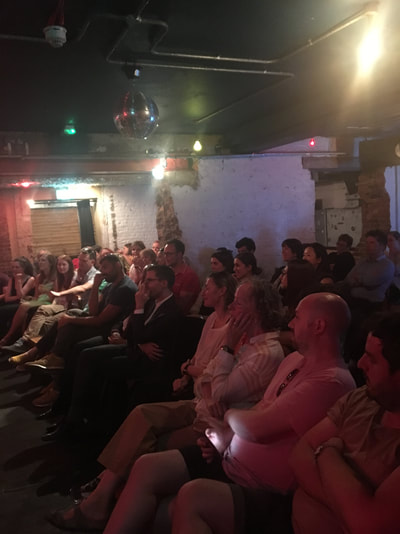 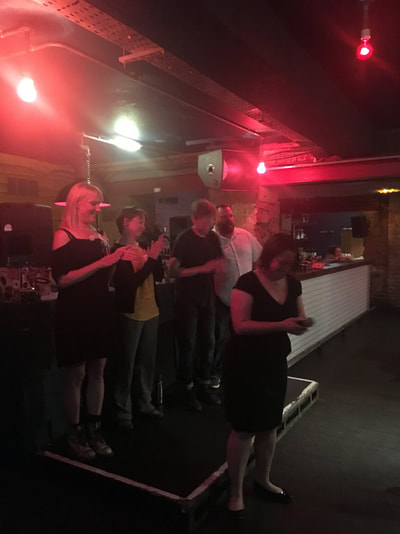 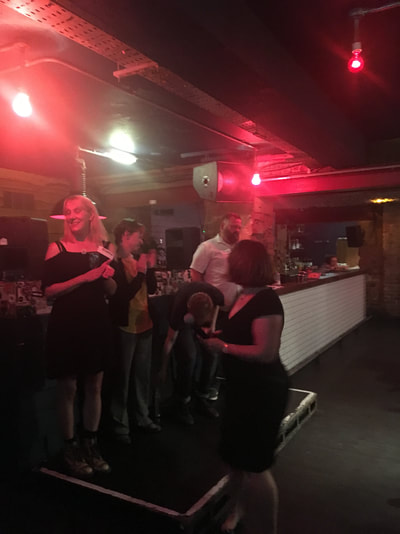 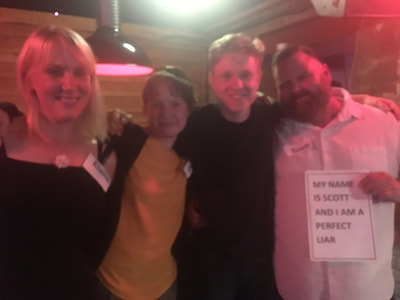 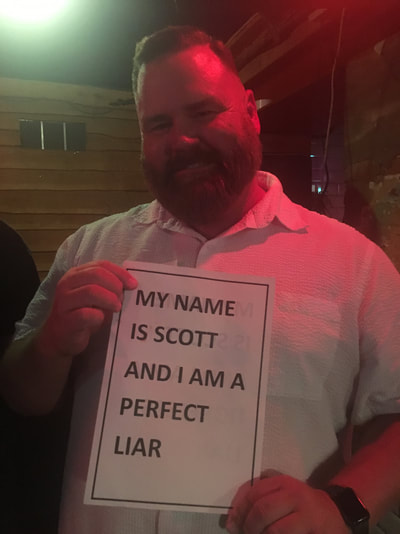