The all-female cast blew the show out of the water, as did the SOLD OUT crowd of high-energy and engrossed Sleuthers. Did the Sleuthers care that 90% of them guessed incorrectly? Nope. They were still basking in the hilarity of the Japanese language evaluation from an audience member and the live sailing knot challenge, judged by a real sailor.

The four Suspects brought us tales of a wannabe triathlete cheating at a race, an accused bomb owner in an airport who was only carrying weed cookies, a terrified public speaker who won a role in TV after a terrible Japanese speech, and a 50yr old self evacuating from the most dangerous trail in Canada.

The interrogation was nothing short of hilarious. There were no questions as a result of google checks (perhaps if they had, then they would’ve guessed correctly!).

Helen, how long did it take you to cycle 40km? Ariel, why did he write Bohm on the box? Carol, why did the other women leave you to evacuate alone? And Nadi, what was the content of your Japanese speech? Which was then followed by a live test of her Japanese level. Helen on the other hand had to demonstrate her knowledge of sailing knots which was confirmed by an audience sailor. The bigger question here is: who carries string around with them on a Friday night?!? (editor note: one of last month's suspects in London ALSO had a piece of string on her that she whipped out during the interrogation - what's going on? Do you all have string?)

The drum roll rolled.. The Suspects teased. A glass fell. The liar jumped forward and the audience went nuts. Oh, Ariel!!  What a perfect little liar you are, you wonderful woman.

Congrats to the perfect Sleuthers and commiserations to the unlucky ones. You should try harder next time! ;-)

Tickets for the next show here. 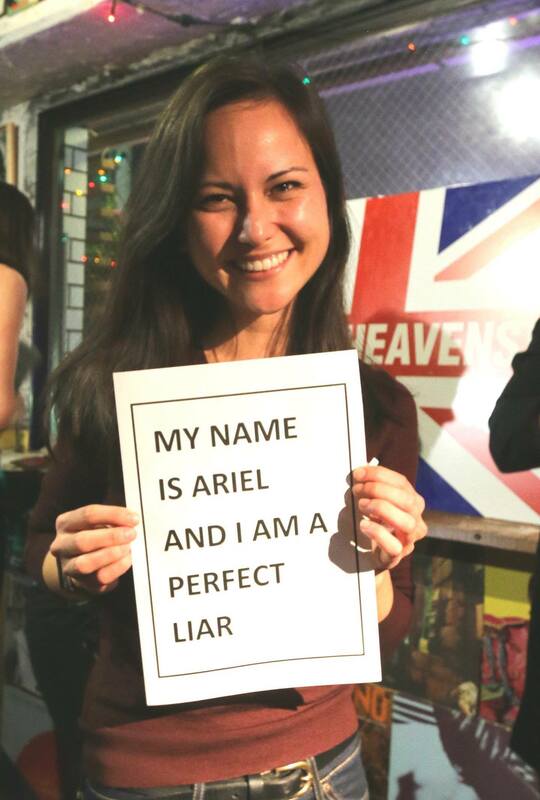 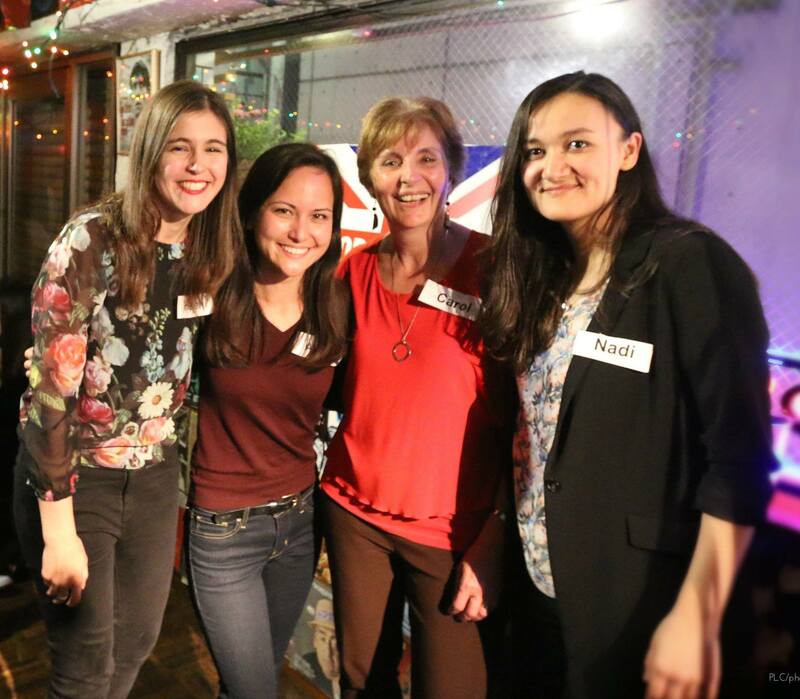