It was billed as Perfect Liars Club first "New York Takeover" show until a Nor'easter barreled down on the City That Never Sleeps and prevented two of our performers from making the trip south. Thankfully, the Nation's Capital has a mighty vein of talented storytellers to tap, and in less than 24 hours, two local troupers admirably accepted our challenge and stepped into the vacant slots left by their stranded counterparts. But this unique set of circumstance presented an interesting question... did the original liar escape from New York or did one of our local tellers have to conjure up a fib on the fly?

It was all a matter of procedure to the standing room only crowd that packed itself into The Bier Baron Tavern on the chilly March night to match wits with our four storytellers, from wherever they may hail. Would the audience finally catch the liar or would they keep their year-long "losing" streak alive? Only time would tell, but first... the stories:


As the interrogation approached it was apparent that rapt audience needed more clues before deciding who among the cast was trying to fool them. Perhaps a round of hard-hitting questions would help them narrow it down:
​
Hands were raised. Votes were counted. Stephanie's tale of college romance was deemed most suspicious, garnering 40 votes. Ivy trailed behind in second place with 29, followed closely by Meredith at 28, and David brought up the rear with 25 votes.

The drumroll sounded. Anticipation reached a fever pitch. Had the streak finally been broken? The liar stepped forward to the sounds of earsplitting shrieks and defeated sighs.

It was Ivy! Ivy's tale of a chance run-in with her idol Howard Stern was nothing but a big fat lie. Better luck next time, DC. 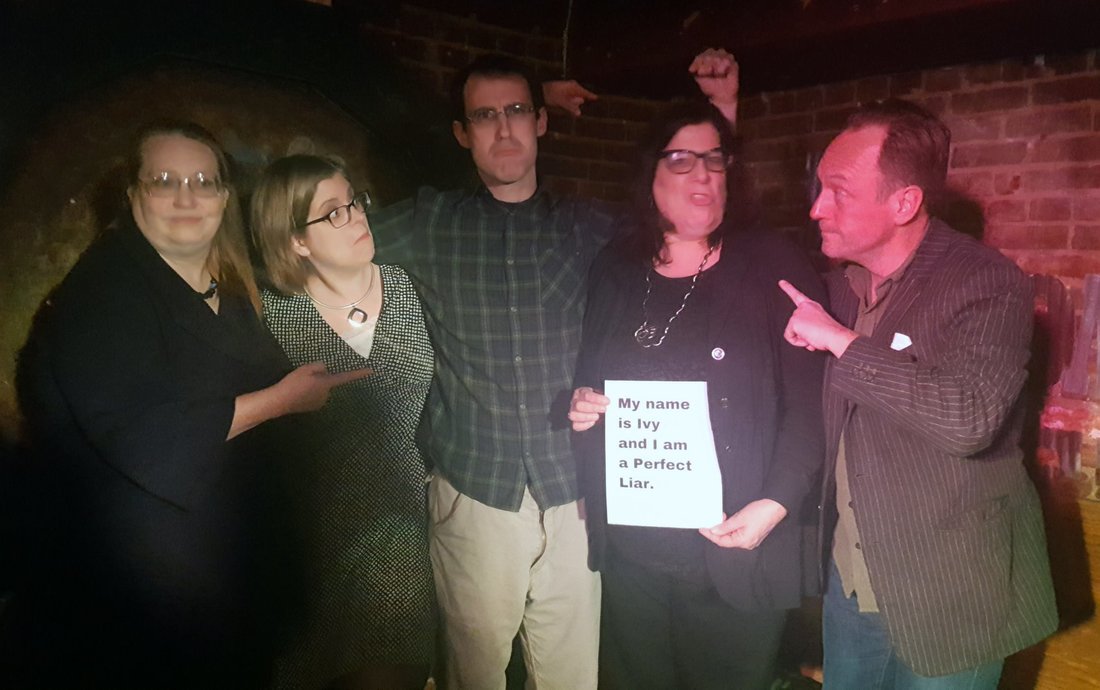