Wow wow wow!!! How wrong could the audience get it at the Spring Edition show?

Well, how about spectacularly wrong! With our Perfect Liar only getting a heartwarming 6 votes to a landslide of 27 votes. No wonder the Sleuthers went bonkers at the reveal. Bonkers for the utter shame they felt for being reeled in with the Perfect Liar's LIES!!!

So, what stories could possibly have thrown the Sleuthers off? Well, we had, a tale of landing jury duty with an idol and the decision to fake a bias to get off. We had a near death experience, the Suspect being rescued by her Mother and then repaying her kindness by pushing the privacy boundaries on the family sofa. We then had a rivalry challenge that continued with the school ‘Band President’ claiming an office in school as his own complete with shiney gold plaque. And finally we had a tale of 3 unbelievable scenarios that led our Suspect to trust the universe and come to Japan.

The Sleuther confessions in the Sleuth Booth at the interval made it clear they had NO IDEA and could not give a solid reason why. Intuition would come into play, I felt.

The interrogation was a thinker, with less rapid fire questions and more thoughtful detail oriented questions this month. What colour was Mandy Moore’s hair? Can you describe her shoes, JC Coccoli? According to Google, a tourist visa runs out after 3 months, but you said you stayed for 6 months. Explain that, Mishel. Hey Lindsay, how exactly were you injured and how come you were able to drive so soon after? And, Mike, explain why you had a key to the school as a student?

The 2 minute conferring wasn’t nearly enough time for our Sleuthers to make a decision. As the room eventually hushed, votes were confidently cast on each Suspect. Lindsay was voted least likely, followed with just one more vote for Mishel, then Mike, finally JC Coccoli was announced as the Suspect most likely to be lying with a whopping 13 votes more than Mike. Crumbs!!! It was tense. The drum roll felt like it lasted forever, the tension increased to popping point. And then POP! The Sleuthers exploded with shock, disappointment, shame, and joy as Mishel stepped forward as the liar. The first Perfect Liar of 2018!! Better luck next time, Sleuthers! 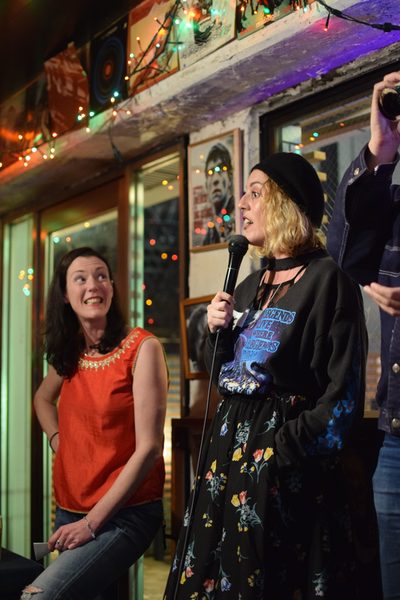 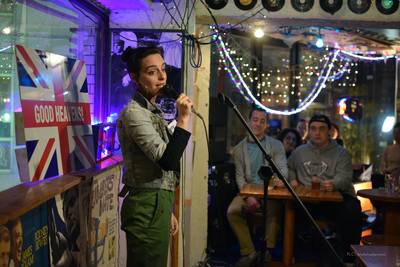 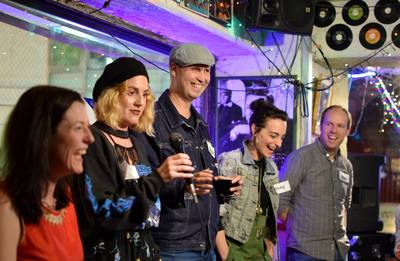 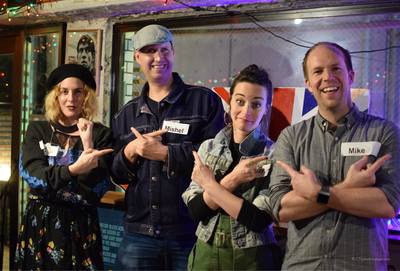 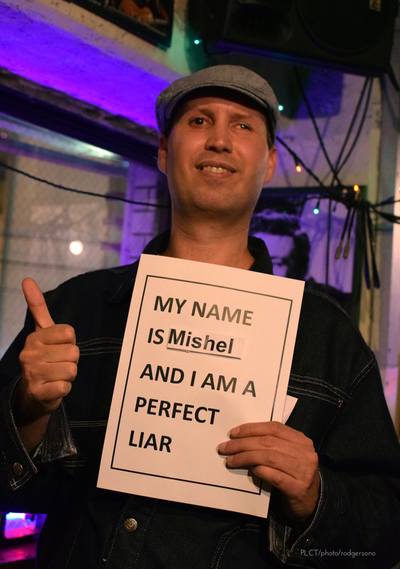 Get your tickets for the next Tokyo show here.