Perfect Liars Club - Monday May 5th 2014 at the Science Club

We had a hilarious show on May 5th with four highly suspicious suspects... In alphabetical order our quartet was Anna Marie Trester, Anya Galli, Keith Mellnick, and Mark Pfefferle.


By scientific randomization, Anna Marie was up first, and she tried to make us believe she went to Paris for the weekend to stay in someone's apartment - but ended up in the wrong apartment. Next up, Anya endeavored to convince us all that her first romantic encounter was a lady happened at a Lutheran drag ball... Then Keith claimed that he pulled out a woman's hair in a Panama nightclub by standing on it while she was in a crab/backbend position. And finally Mark assured us he genuinely went canoeing in the Arctic and was nearly eaten by a polar bear. A very suspicious set of stories indeed. Would our audience be up to the task?


A vigorous interrogation commenced, the highlight of which was some suspicion as to the logistics of Keith's story prompting a reenactment on stage, with Anya obligingly supplying the crab position... Hilarity all round! But our audience were feeling particularly shrewd. So after the interrogation, the majority of the audience accused Anna Marie of being the liar... and for once, they were correct! Screams of victory abounded as Anna Marie worried about her suspicious-looking face, given she'd been accused of lying the last time she performed with us, and she had been telling the truth! Congratulations, audience: very shrewd of you. 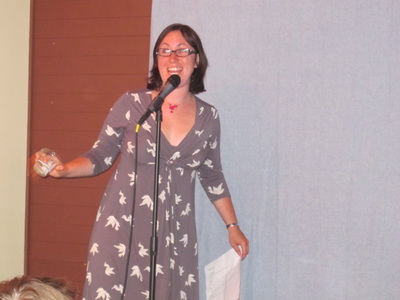 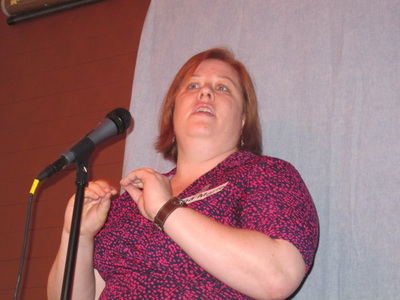 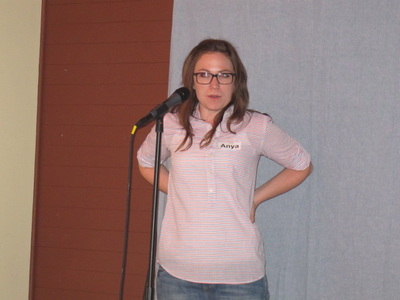 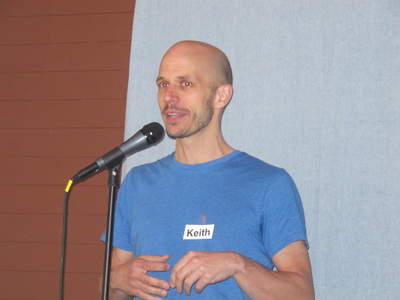 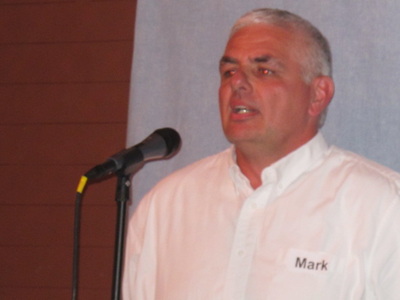 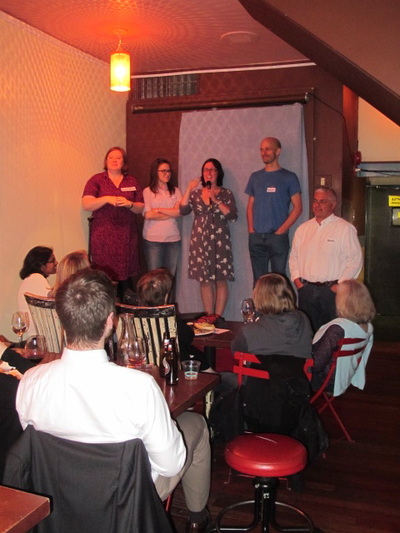 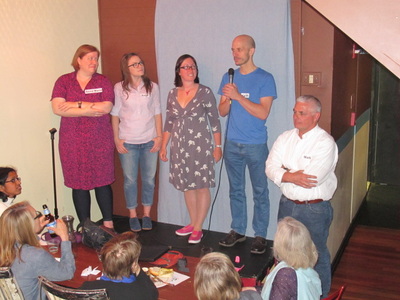 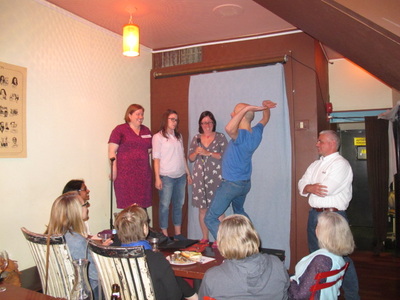 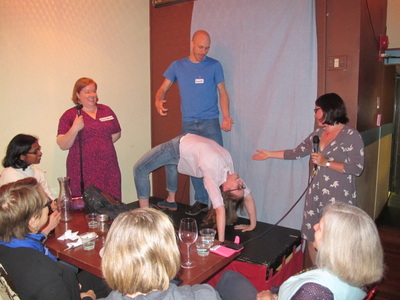 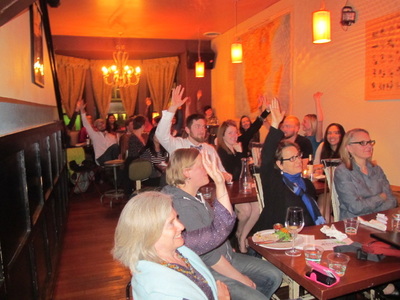 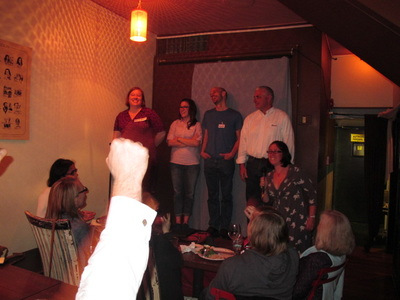 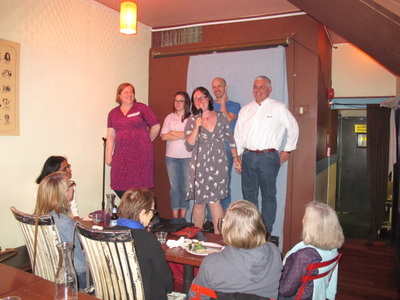