Perfect Liars Club at the Bier Baron, May 6th 2015

Another hilarious Perfect Liars Club night marked our two year anniversary of Perfect Liars Club. Our four suspects: Diane Ivey, Heather Nadolny, Karen Friedman, and Pierce McManus. First up was Diane with her claims of having got into a car crash with her professor en route to his exam - and still getting a D. Then Karen delivered the horrifyingly rhyming and memorable first line that summarizes her whole story: 'I impaled my vagina in China'. Third up, Heather tried to make us believe in her ex-boyfriend poor gift-buying skills. Which led to Layla deviating from her emcee role to rant vigorously about her empathy with said ex-boyfriend, while her lovely wife Roz nodded sadly from the sound booth to confirm Layla's poor gift-buying track record. Finally Pierce told the sorry tale of how his ex-girlfriend 'lost' her passport on the way back from a trip to England in order to test him under pressure. He failed.


We laughed. We winced. And we suspected. The interrogation questions came thick and fast but in the end, the most votes went to Diane. Next most suspect was Karen, then Pierce, with angelic-looking Heather evoking the least suspicion. But then the drumroll commenced and the truth was revealed: the liar was... PIERCE! 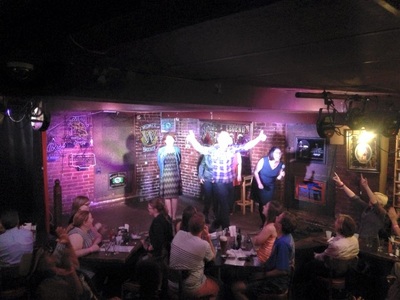 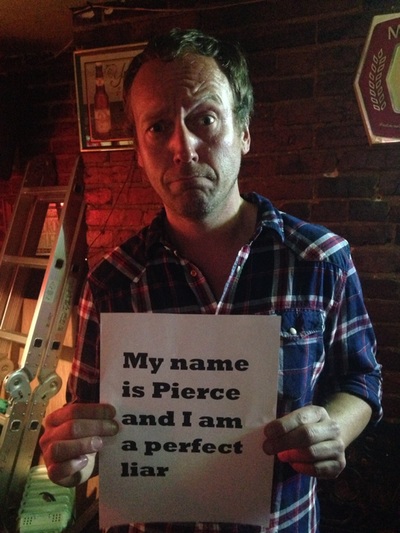