Our May show was berserks. Yes. Berserks. Another sold out crowd at Washington’s Bier Baron Tavern bore witness to an evening of suspicious stories and our most raucous interrogation yet. And while the cast featured four very accomplished D.C. based storytellers, not a single one had previously graced the Perfect Liars Club stage. Not that you would have suspected, if you heard their stories.

Curious? We knew you were.

With all that fodder, it’s no surprise that the standing room only crowd was in a tizzy by the time the interrogation began. What hotel was Michael supposed to stay at in Boston? What was the guitarist from Incubus doing at Harvard? How many drinks did Laura consume over the course of her naked evening? Could Graham recite the Miranda Warning? These are but a few of the amazing questions posed by our rapt audience.

As the audience votes were tallied, it was apparent that Michael’s tale of infidelity in Beantown rated highly suspect on the audience’s truth meter. And wouldn’t you know -- May’s Perfect Liars Club was one of those extremely rare occasions when the audience actually got it right! 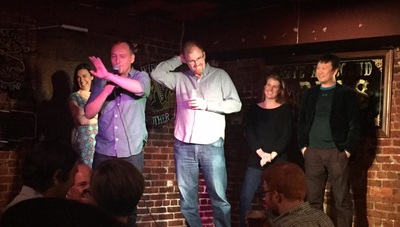 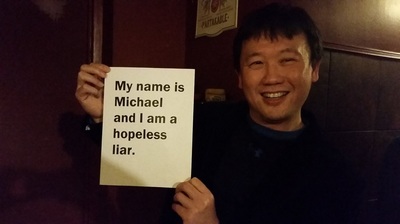