Some came solo. Some came in groups. Some came early. Some came late. But no matter how or when they came, they came. In numbers. And they packed themselves into Dupont Circle’s Bier Baron Tavern for the May 2017 edition of DC's favorite storytelling-interrogation show, Perfect Liars Club. An all-star lineup of show veterans returned to the stage to entertain the first-time leaning crowd with four highly suspicious tales worthy of the audience's skepticism.


By the time our fourth storyteller finished his tale, our audience was so dumbstruck with the unique plots and outlandish details of each story, you could practically hear a pin drop on the Bier Baron bar floor. After a brief intermission and a rallying re-introduction to the stage, beloved PLC host Cara fielded questions from an audience that seemed more procedural than most. For example:


Each storyteller yielded a fair share of inquiries from the audience, and despite the rigorous scrutiny, each adeptly held their own. As time wore on, it grew increasingly clear that this crowd was not going to whittle down the group from four suspects to one. A fact born out in the vote tally, one that tipped the crowd's suspicions towards Joe and Laura, with Mike and Natalie pulling up the rear. This was by no means a runaway.

The drum roll sounded. Cara asked for the liar to step forward. Joe emerged from the lineup to the cheers of many, he paused, and then took his place back in line in with the rest of the tellers. "Who is it?" shouted someone from the audience as the bemused tellers looked at each other, waiting for the liar to give him or herself up.

"Oh. I guess that's me," Mike said coyly, as he sauntered to the center of the stage. Another Perfect Liar unspotted by an audience that asked all the tough questions and still couldn't spot the liar standing right in front of them. 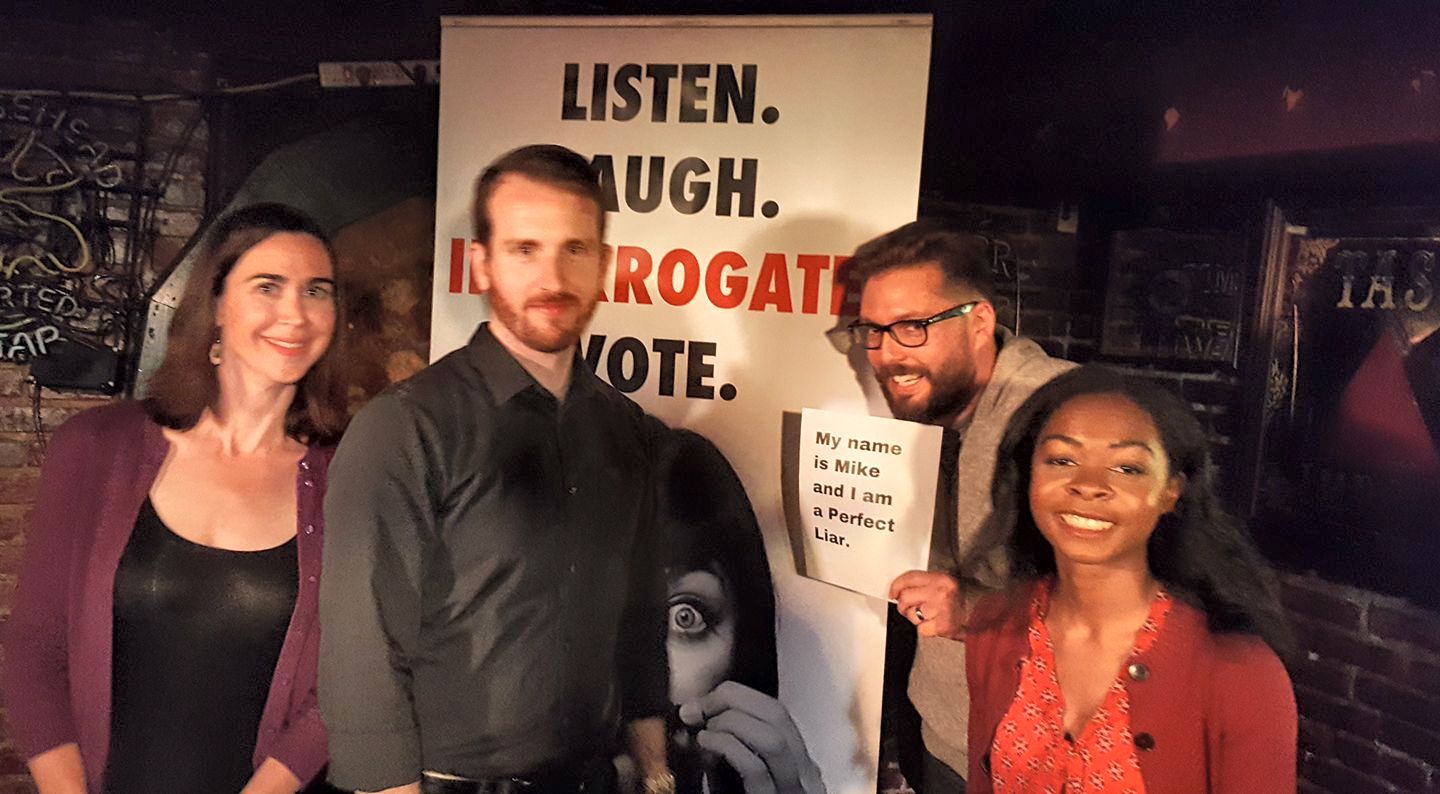