What a hilarious show for the Tokyo celebration of four whole years of Perfect Liars Club around the world. Aptly, one of our suspects was Anne, a star performer all the way from the Washington DC Perfect Liars Club stage. We kicked off the stories with Aziz, who told a tragic tale of his father's frugality leading him to miss the Star Wars birthday treat of his dreams and instead had to wait for his father who was in mall jail. Next up was Dita, who described how the notorious Japanese artist Megumi Igarashi made a model of Dita's... anatomy (extra entertainment was derived by watching her brother's face, hoping that this would turn out to be the lie). Then DC's Anne Thomas took to the stage, claiming to have gone to a festival in a wheelchair, finding out that the festival was a fundraiser, and realising that everyone had assumed she was the girl for whom they were doing the fundraising. And finally Philip described his very bad day at work, incorporating a pseudo heart attack and a dramatic employee meltdown.

The questions were evenly spread, with each storyteller in the running to be voted liar. But Anne's answer to one too many questions was 'Hey, it was the 70s...' So when it came to the vote, a resounding majority of the audience voted that Anne was the most likely liar. Next up was Dita. Then Aziz, and finally Philip. The drumroll commenced. And then the big reveal. It was Aziz! Only a paltry 10 people guessed correctly! Better luck next time Tokyo! 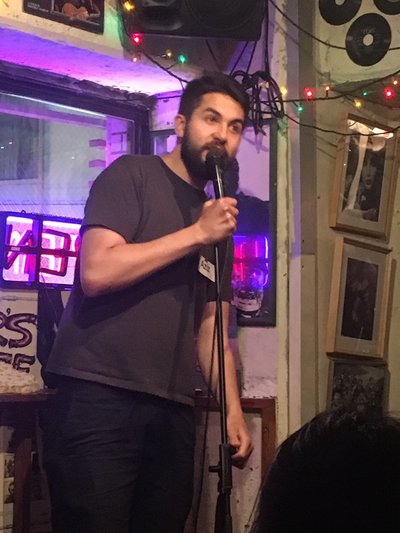 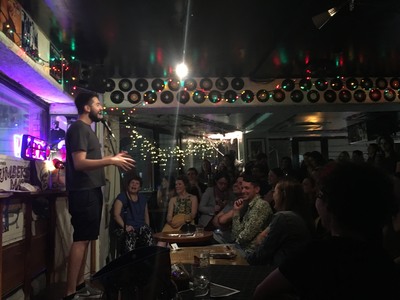 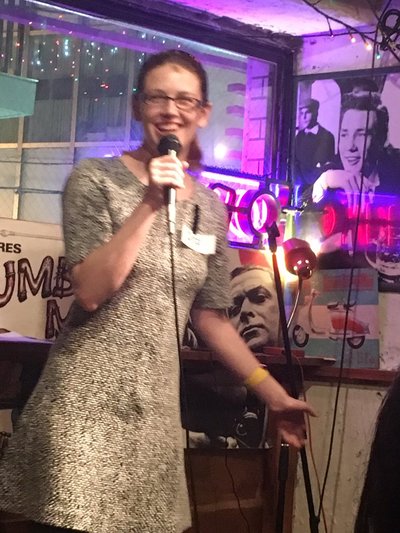 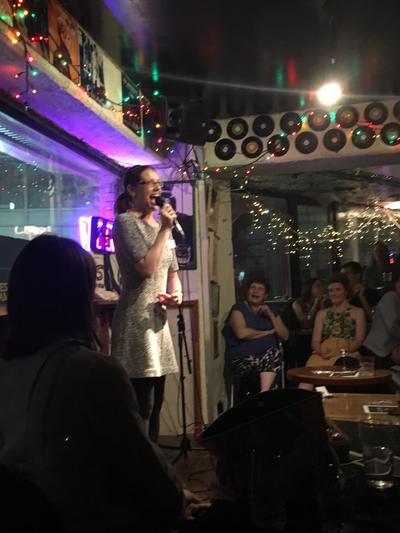 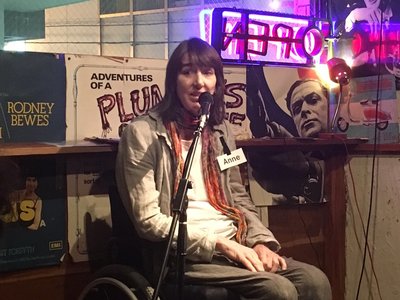 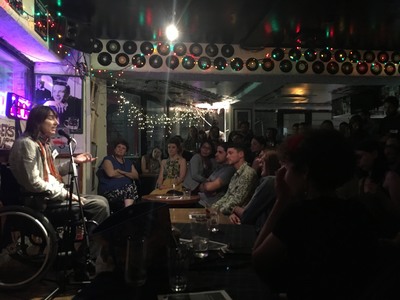 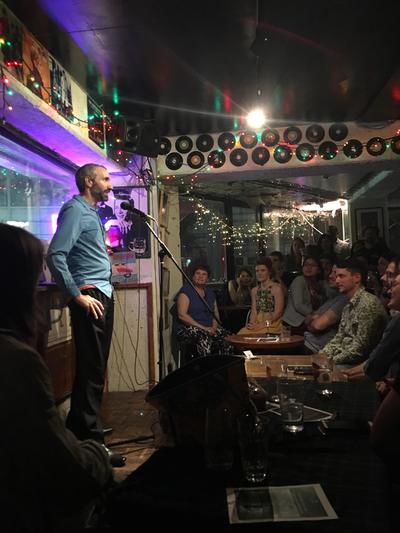 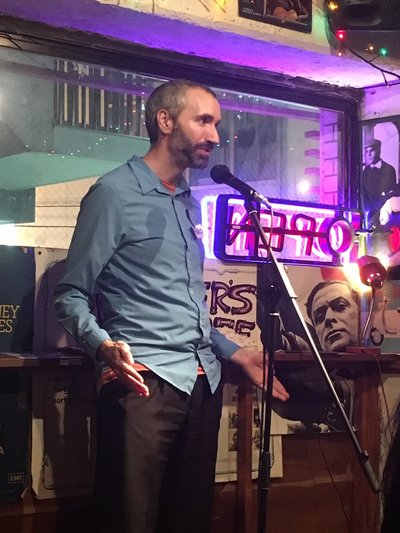 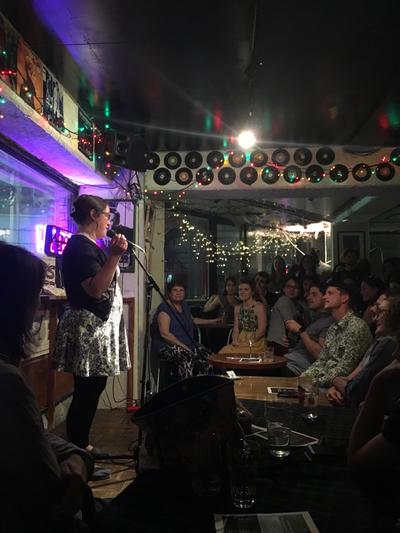 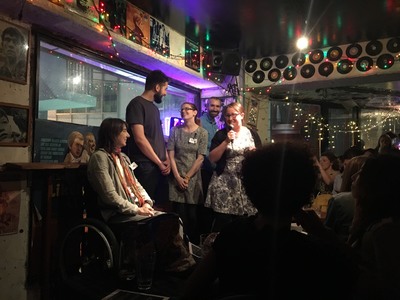 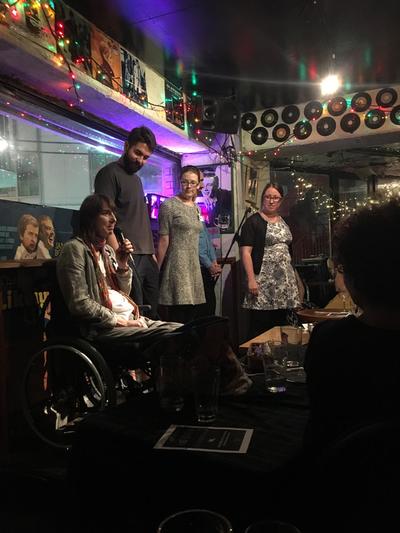 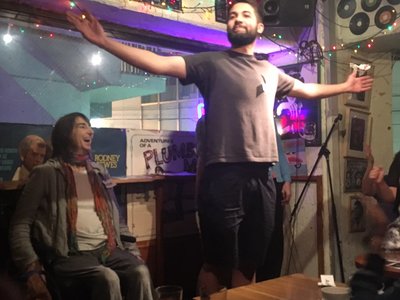 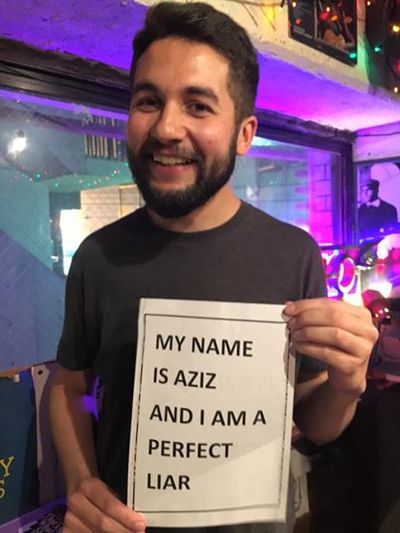