With their woeful streak of liar-spotting failure broken a month earlier, the Perfect Liars Club faithful made their way back to DC's Bier Baron Tavern on an unseasonably sultry evening to see if they could make it two-in-a-row. And while spirits were riding high at the start of the May '18 edition of everyone's favorite storytelling-show-with-a-twist, how things would end for our sold-out crowd of human lie detectors was anyone's guess.

Following the patented PLC formula, the first order of business was to evaluate the four suspicious tales from our handpicked quartet of suspicious storytellers. Suffice it to say, our eager audience had much to mull over.

A quick straw poll prior to intermission was a marker of the boisterous crowd's confidence. Before a single question was asked, they were absolutely convinced that the liar was already in their sights. From their vantage point, the interrogation was merely a perfunctory step before a majestic return to liar-spotting glory.

Questions begat more questions. And while confidence was riding high at the start of the interrogation round, it was clear that by the end, uncertainty was setting in.

Hands were raised. Votes were counted. And in a twist, the baton of suspicion was handed over from Mike -- deemed most likely the liar prior to the Q & A session -- to Alison, who netted a total of 47 votes. Melissa netted the second most votes, trailing Alison by 15. Mike and Abbas pulled up the rear with 30 and 25, respectively.

The drumroll sounded. And even before night's emcee could shout "Would tonight's liar please step forward?" Melissa jumped to the front of the stage, revealing to a shocked crowd that she was truly a Perfect Liar. 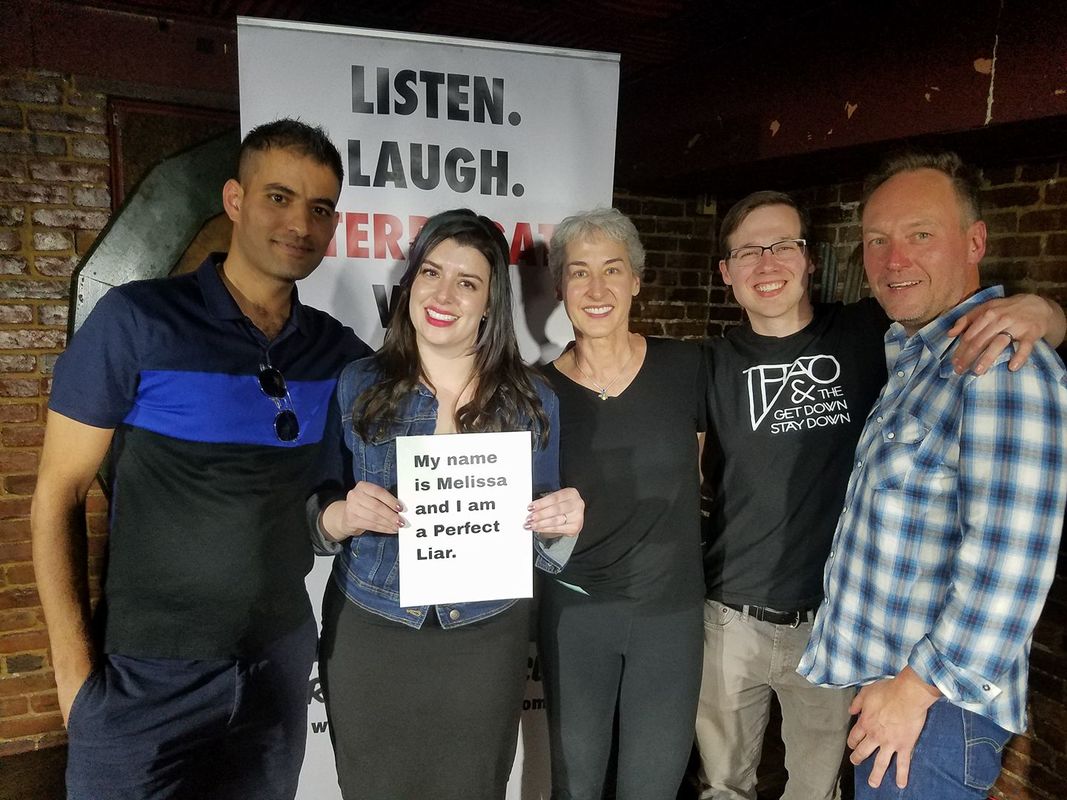