People poured into the Book Club's basement for another sold out Perfect Liars Club show. As ever, the question on everyone's minds: this month, will Londoners finally be shrewd enough to catch the liar?

Our four suspects sparkled with suspicion. Was it Amie, who had no idea the school in which she was teaching was a Scientology school for two months? Or was it Aziz, whose 10-year-old dreams of watching Star Wars Episode One were foiled when his dad took him to Notting Hill instead and then got arrested by mall police? Or could it be Hannah, who claimed to have been overwhelmed by the glorious honour and responsibility of disposing of her hero Stephen Hawking's poop while a royal palace waitress? Or finally, was it Justin, who alleged that his love of the TV show Dawson's Creek led him to a similarly-named but much less delightful location in Canada where he did not cover himself in glory (more, gory) working in a hospital.

The questions were brutal. Why did Amie fail to notice all the signs of Scientology in the school? Why did Aziz claim to own a light sabre from a movie that had not yet been released? How did Hannah know it was poop? And why exactly was Justin left to stitch a man's head when he clearly lacked the requisite skills? Our favourite question of the night almost rumbled Hannah from her very first sentence: she had claimed that as part of her waitress job she had served Prince Charles prawns. Someone demanded to know: are prawns shellfish? Because the Royal Family can't eat shellfish. This esoteric knowledge revealed that Hannah had exaggerated and had actually meant Nick Clegg. There is no room for such exaggerating on the Perfect Liars Club stage, and 100 pairs of eyes scrutinised her with grave suspicion... What else was she lying about? But then the moment of truth approached. The votes came in. Sure enough, Hannah was deemed the most suspicious person on the stage by some distance. Next was Amie, then Aziz, and least suspicious of all was Justin (even though an informal poll at the interval had deemed him most likely to be the liar!). The drumroll commenced. And the liar stepped forward. It was AZIZ!

Better luck next time, Londoners! See you on June 12th! Tickets here. They go on sale at 1pm on Thursday 24th. 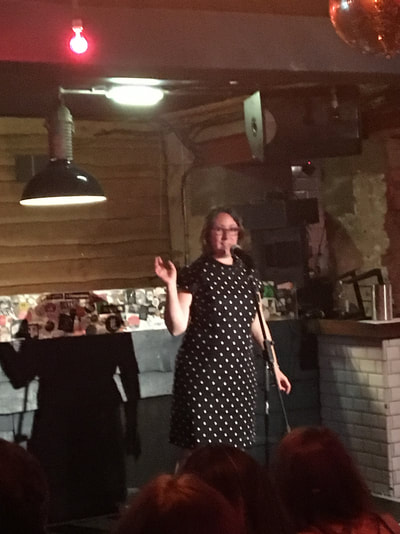 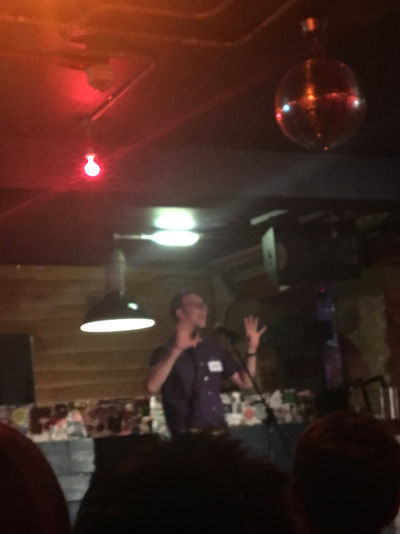 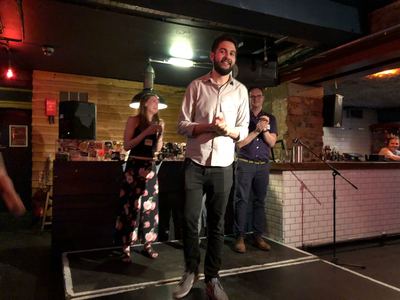 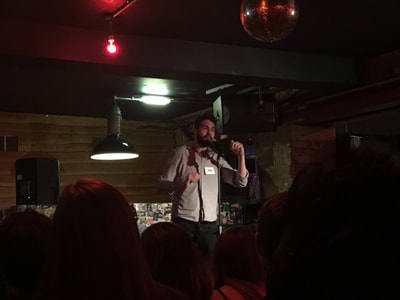 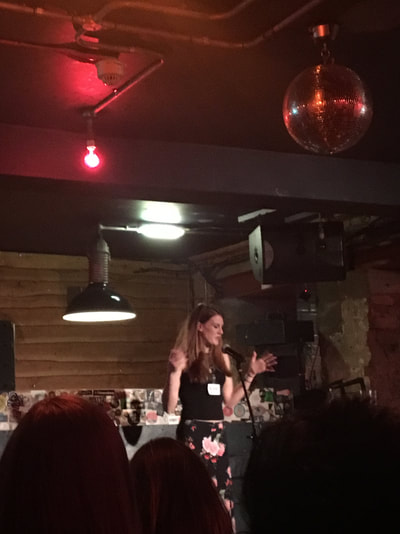 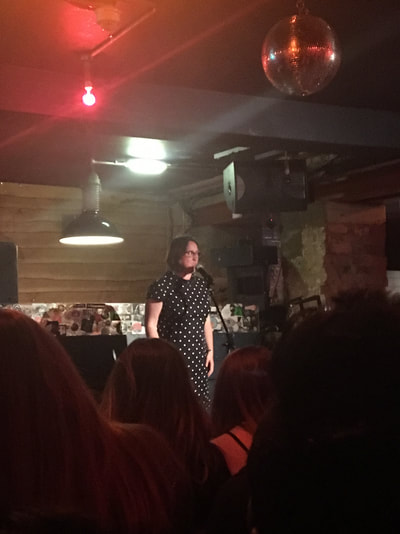 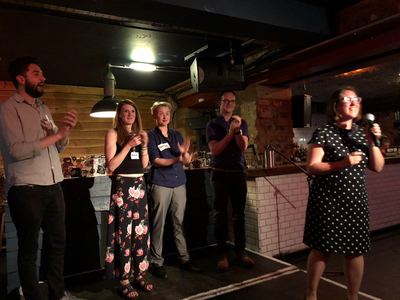 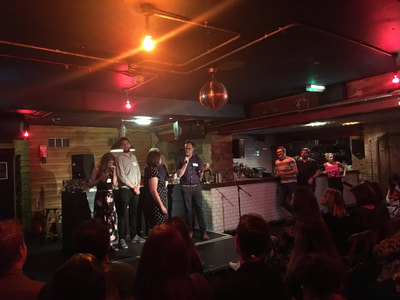 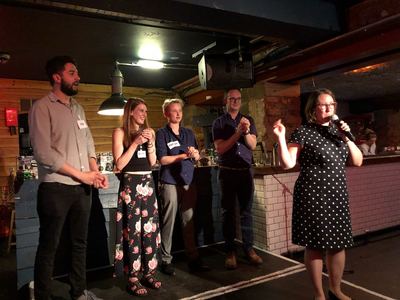 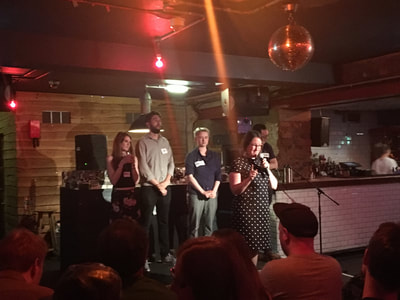 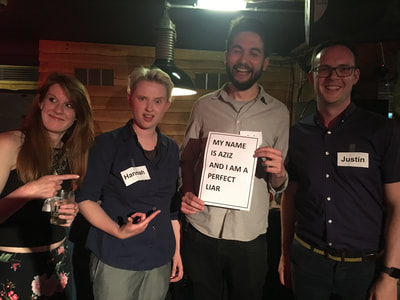 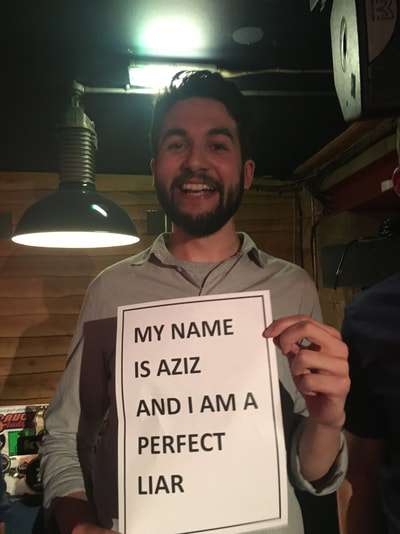