Post-election hangovers and autumn's bitter chill did little to prevent scads of DC's best and brightest from descending upon Dupont Circle's legendary Bier Baron Tavern and DC Comedy Loft for the November installment of Perfect Liars Club. Awaiting the capacity crowd was a cadre of four fabulous tale tellers -- one show veteran and three first-timers -- each offering up incredulous tales of travel, trial, and best-laid plans that went very much awry.

As the last story came to a shocking close and a brief intermission began, the performance hall was filled with the dull murmur of the crowd's apparent indecisiveness. Unlike shows past, no clear suspect had emerged.  Had our storytellers stumped the gallery? Would the interrogation bring some much-needed clarity to the fence-straddling herd? Time would tell.

Despite 30 minutes of intense Q & A, no frontrunner fraud materialized. And as audience members were given a moment to mull who among the storytellers would receive their vote, the dull murmur of indecisiveness came roaring back again. Ultimately, the majority of the audience concluded that Mark was the liar, followed by Amy and Yoav, with Rebecca pulling up the rear. But were they correct? Had they succeeded in spotting two liars in a row?

The drum roll sounded. Anticipation reached a fever pitch. And November's Perfect Liar bounded before them, another liar unspotted.

In the end, Amy's tale of cat pageantry was nothing more than synthetic catnip for the audience's ears and, for tonight at least, she truly was a Purrrrrfect Liar.​ 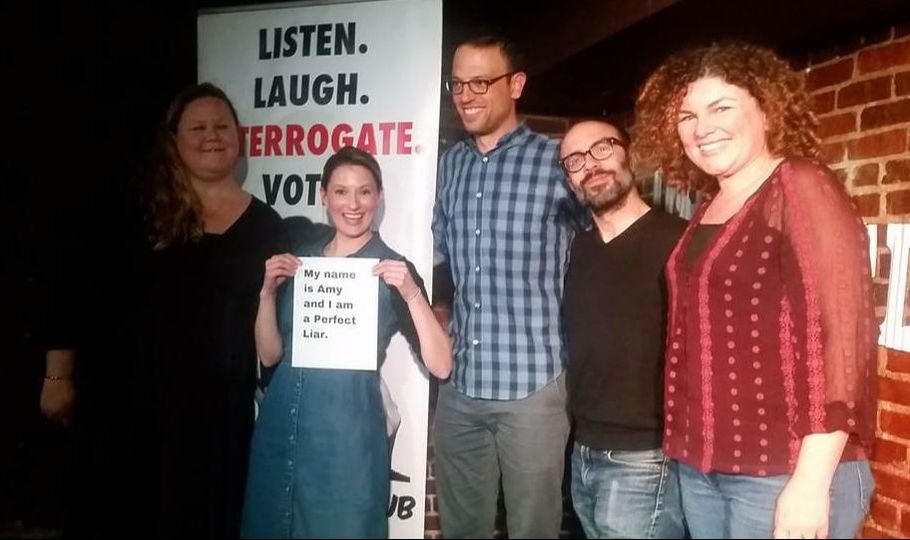