Whether it was the first chill of the fall, the onset of Presidential election burnout, or the threat of random clown attacks, Washington, D.C.’s most inquisitive turned up in droves for the October installment of Perfect Liars Club, finding shelter, warmth, and amusement in the hallowed, neon-lit halls of the Bier Baron Tavern. In return, they were treated to one of the most pyrotechnic Perfect Liars Clubs ever. Full stop. Period.


A shrewder than usual audience grilled our storytellers like hot dogs on the Fourth of July, demanding not one but two demonstrations of our eager-to-please tellers. Having referenced her acrobatic talents in her story, Erika was asked to perform an onstage split. Having described in a graphic detail an awkward incident that befell him mid-prostate exam, David was asked to assume the position for all in attendance to see. Sarah was asked to explain the inner-workings of the Tanzanian legal system. And Matt’s position that some women find Magic the Gathering sexy was deemed highly suspect by most in the audience.

The questions came fast. The questions came furious. And as the votes were counted, David and Erika's stories were deemed the most questionable of the evening. And yet, when the audience-generated drumroll reached its climax and the night’s Perfect Liar stepped forward, all who had gathered for the night's performance discovered that Matt had worked a little storytelling magic of his own​.​ 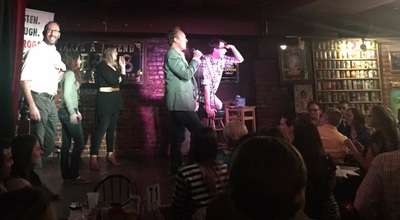 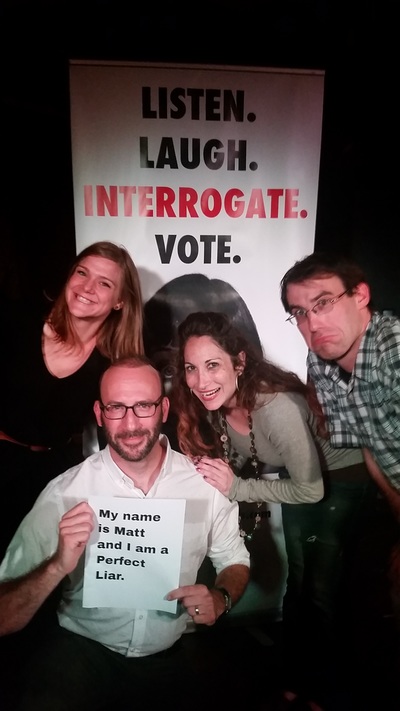