​On a bright and balmy October evening that belied the arrival of autumn, hordes of Perfect Liars Club faithful and a host of first-time attendees made their way to Dupont Circle's Bier Baron Tavern to partake in the monthly mayhem that is Perfect Liars Club. After failing to spot the liar in the first show of the 2017-2018 season, would the energized crowd find redemption in the truth or be foiled yet again by a shocking inability to identify a falsehood?

No matter the outcome, one thing was for certain -- the capacity crowd was absolutely spellbound by the outrageous tales of the four performers, handpicked from the area's storytelling, improv, and stand-up comedy scenes.
So many rich details begat so many richer questions.
When the hands were raised and the votes were tallied, Katherine and Nupe found themselves in a statistical dead heat for the liar crown.  So, in a rare Perfect Liars Club occurrence, a runoff vote was held. And as the second round of votes were counted, Katherine and her tale of a coworker's quest for sisterhood were deemed the evening's most suspect pairing.

The drumroll sounded as the packed audience offered up silent prayers in the hope that they had finally chosen correctly. But as a grinning Shawn stepped forward, revealing himself as October's Perfect Liar to yet another duped crowd, we all were reminded that the devil is truly in the details. 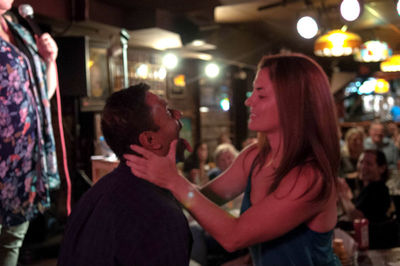 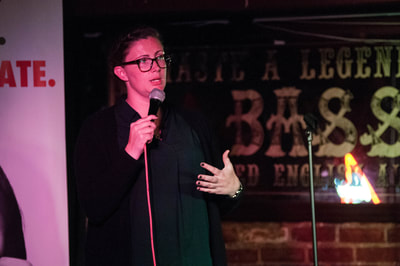 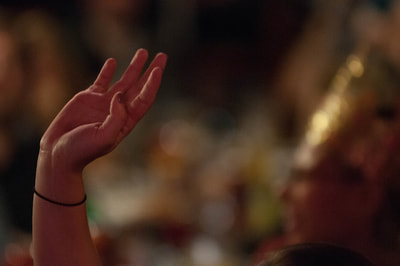 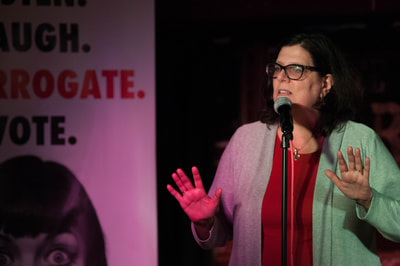 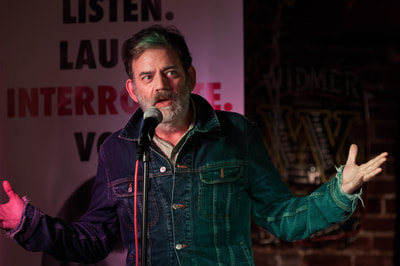 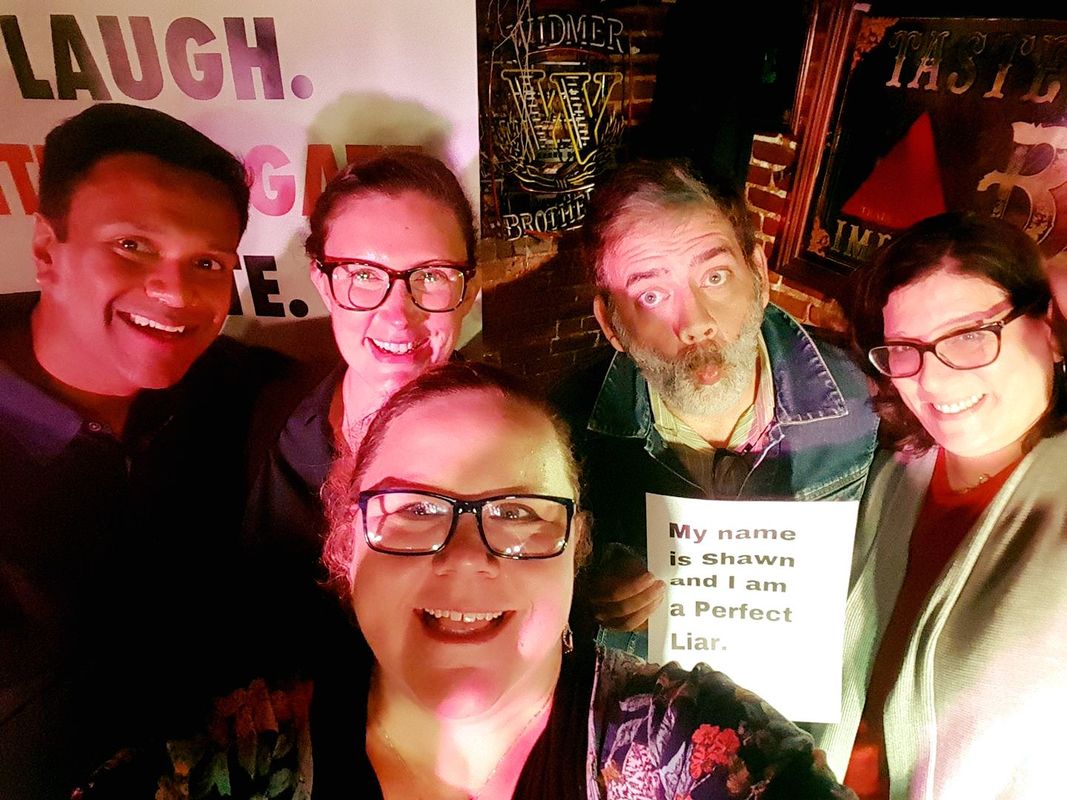