It was a balmy, early-autumn Wednesday in Washington, DC and The Bier Baron Tavern & DC Comedy Loft was once again buzzing with excitement. Perfect Liars Club was in session, and a crowd teeming with first-timers had come to try their hand at distinguishing fact from fiction.  Would they endure the fate suffered by so many audiences before them or would they break rank and actually identify October's liar?

The lineup -- featuring a much-celebrated Perfect Liars Club veteran and three first-timers handpicked from the city's vibrant storytelling scene -- delivered four hilarious tales that had the capacity crowd grinning from ear-to-ear, start to finish:
Before intermission, October's show host Pierce prompted the crowd. "Do you think you know who the liar is?" Contrary to previous audiences, this group was adamantly vocal. "Yes!" they shouted. "It's Graham!" Would their strong conviction hold up once the interrogation was underway? Only time would tell.
Each storyteller held their own despite the rapid-fire peppering of questions from the audience. And yet, after 30 minutes of grilling, the audience's original suspicion did not waver. The lopsided vote tally told the tale. Graham's impromptu stint as "sexy fireman on call" was deemed rubbish by a whopping 33 people in attendance, besting his nearest competitor Len by 15 votes.

But was the audience correct? Had they successfully spotted the first hopeless liar of the 2018-19 Liar Spotting season? Sound the alarm... they did! Graham stepped forward, a hopeless liar spotted by a DC audience very much in need of good news for a change. Although Graham's story may have been nothing but smoke and mirrors, the successful sleuthers at October's Perfect Liars Club really turned up the heat. 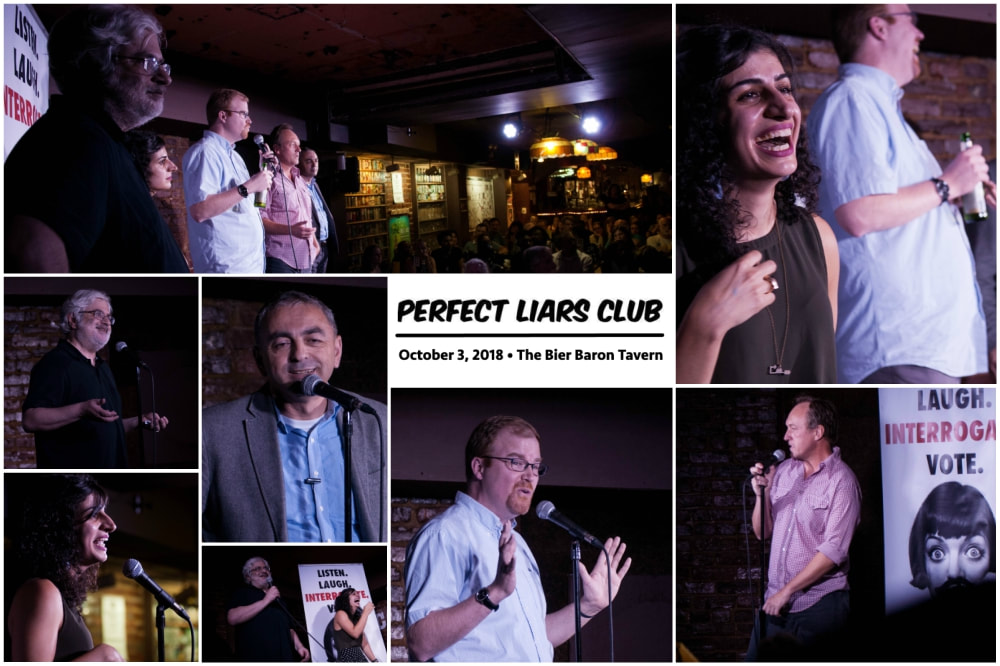 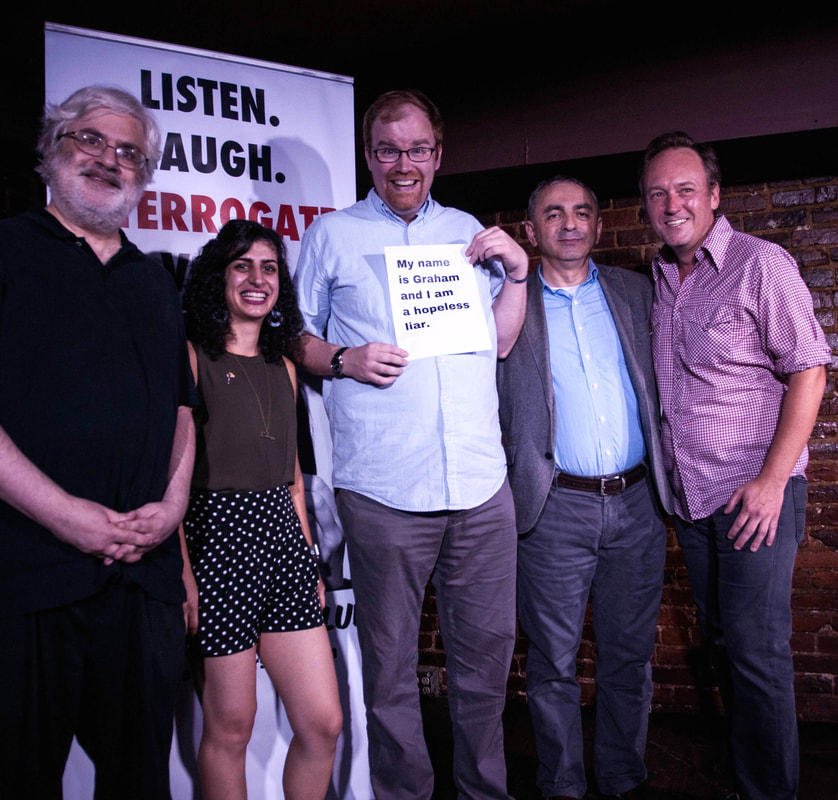