​Ding dong! 🔔 Four heavyweight storytelling Suspects joined us for the last online show from Tokyo (fingers crossed) and delivered a show fit for the dedicated die-hard Sleuther viewers. And boy did they deliver. The Sleuthers were duped once again as the Perfect Liar claimed their crown. Even the other Suspects were duped!

So what happened? The sleuthers rolled in full of anticipation to beat their previous scores. Chatting to each other and enjoying the music. Then the suspects were introduced.

We had two Tokyo representatives and two reps from the US, joining us at 4am and 7am respectively. (Wow! That is commitment. I am honoured.) Sleuthers selected the suspect order using a new summer selection of items: New Zealand wine, forehead cooling gel pads, sunglasses with sunscreen, and an air conditioner remote. Essentials for summer.

The stories all conveniently had a summer theme. We had Vinay first up, with his tale of searching for 'the big stiffy' and Japanese culture, and so finding kimono👘, karaoke, and an unfortunate karate moment. Then we had Buc, with his heart-warming tale of human kindness as he journeyed for his BBQ food-hug from home, offered to share the love and having it thrown back in his face on an NY subway🥩🍗. Next up was Stephanie, who shared her story of a safari holiday gift from her client to meet her lion spirit animals🦁🦓🐘. Finally, we welcomed Marlene and her tale of striving to give the best bacherlorete party which involved destroying the brides face and a stripper who coincidentally was the groom's cousin🕺💆♀️.

After a quick bio and beer break, I did a sneaky poll to see who the Sleuthers thought was the liar. We had Vinay and Buc in joint last place, followed by Stephanie, and then Marlene as the person most likely to be lying🙀.

The Suspects knuckled down for the interrogation ride. Buc was well prepared as he turned up in his dressing gown👀, just so he could relax more. Good job really because although Stephanie and Marlene bore the brunt of the questions early on, the tables turned and Buc got grilled like his Catfish. I wonder if the dressing gown played a part?

Stephanie…How did one legally procure a wildcat breed?
Marlene….How did the grooms cousin end up in a stripper magazine?
Buc….Why were the passengers singing and mocking you about 'taking your last'?

Then we almost had a revolution as the Sleuthers in the chat ratted out 'George' from the UK, for using Google to search for 'the big stiffy'. Feeling provocative, I had to pass on the question to Vinay….
Vinay…Why is 'the big stiffy' not on the internet?
FUN FACT: I received a private message from 'George': "My sincere apologies - even as a regular I had no idea Google was an illegal move! Phones will be locked away to avoid temptation next time. 🙇♂️

We had our usual treats of live questions from 3 lucky Sleuthers; alumni suspects Michael and Bronwyn from Tokyo, and Amya in Hawaii (at 2.30am!). When I asked Amya how she felt coming on live, she simply replied "Buc is a hottie. Yowza." 💘 This is the kinda joy Perfect Liars Club can bring wherever you are. I love it!

Sleuthers had 2minutes to make their final decision and cast their vote. Results flooded in like a stock exchange melt down. We had Vinay with his story of 'the little stiffy', navigating Japanese social morays and the karate showdown story voted least likely to be lying🥋🎤. Followed by Marlene and her series of unfortunate efforts to make the brides day one to remember🕺. Then in second place, we had Stephanie and her disappointment of the rare safari animals in South Africa until she encountered the dismembered zebra and feasting lions🦁. Which meant that the person people thought most likely to be lying was Buc and his tale of journeying across NY for a BBQ hug from home, giving it away to an addict out of pure human kindness, only to have that kindness thrown back in his face 🥩🌽. But how accurate were the Sleuthers?

In my head, the drumroll rang out in homes across the world, the screen flashed with suspect silliness, and then ding-dong! 🔔 Marlene was the only suspect on screen. SHE WAS THE LIAR!!! If only Sleuthers had listened to their gut at the start of the second half. Nevermind, they never like it when they get it right anyway! So Marlene claimed her crown with happy honour.

Will Sleuthers fare better at a live show with the suspects standing in front of them? Will they feel more shy because they have to use their actual voices to ask questions? Will we have forgotten how good a live show feels even with masks and distancing? We can find out next month when we return to Good Heavens venue on Friday 17th July for the annual MC birthday show 🥳. A comeback and a birthday at the same show? This is gonna be nuts!! 🥜🥜

(Tickets will be limited to help practice social distancing). 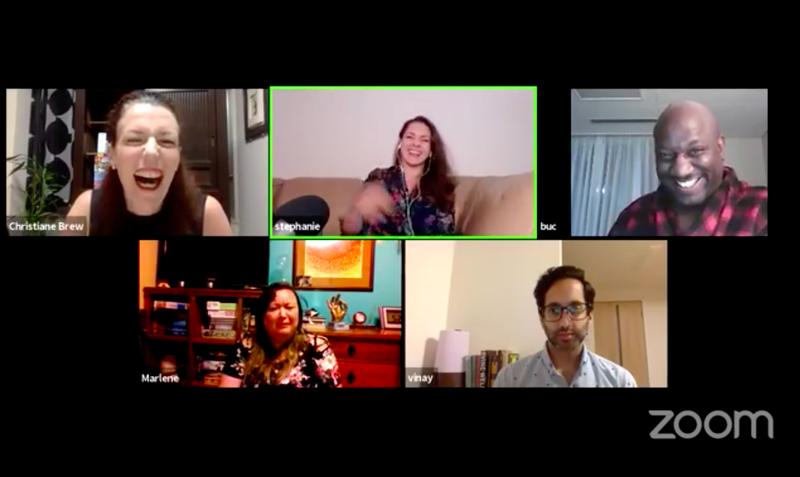 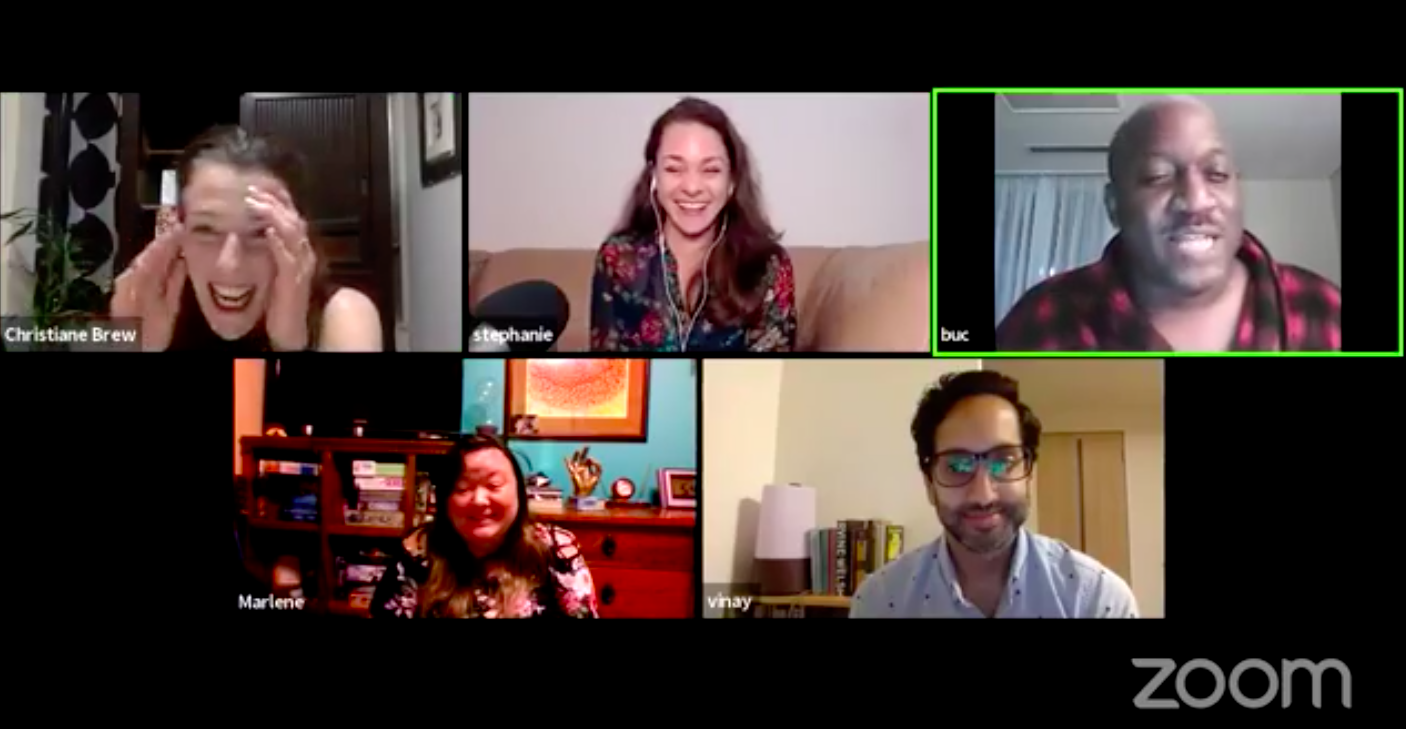