Another magnificent and fun-filled show, connecting people from all over the world to listen and interrogate four suspects from three continents whose stories took us on adventures across four continents. This vicarious adventure must've distracted the Sleuthers because again they were defeated by a Perfect Liar!!

So what happened? Well, it was high-energy and joyful  from the moment I hit the broadcast button. The sleuthers were keen to share where they were from and say hi to other strangers in the chat - it was beautiful. After a little chit-chat and a quick poll they were ready to meet the suspects.

The four suspects were representing four countries, New Zealand, Japan, India and a special suspect joined us from the UK. It was non other than Layla, the founder of Perfect Liars Club popping her cherry as a suspect for the very first time! (Fun fact: PLC started in Washington DC back in 2013, before expanding to Tokyo in 2016, and then  hitting London in 2017). As usual, my scientific randomisation device didn't work without a physical audience so sleuthers selected the suspect order using a new selection from my pantry: Quinoa, Kosher salt, Bran Flakes & English Breakfast Tea - UK, India, Japan, and New Zealand.

The on-screen barrier had no effect on our Suspects as they joyfully shared their stories from around the world. First up we had Layla in the UK, with a tale of an uncool girl who made a near-perfect friend online in the U.S. that turned out to be her younger brother.  Followed by Bala in India, with a story of escaping motherly duties only to end up babysitting drunk Europeans to keep them out of a Sri Lankan jail. (Big thanks to Arjun, who helped out during some Indian monsoon wi-fi tech issues!). Next it was Michael in Japan, with a tale of a harmless dork who panicked and said he was a singer, guitarist, and renaissance music lover to help him 'get the girl' on the London underground, only to have it backfire on him and 'lose the girl'. Finally, we had Amy in New Zealand, with a story of being adopted by a Chilean high-fluting family and repaying them for their kindness by singing about everyone's private parts at a diplomats dinner party.  Totally innocent, I'm sure!

After a quick bio and beer break, I did a sneaky poll to see who the sleuthers thought was the liar. We had Bala in 4th place, followed by Amy, Michael and the most suspected was the founder, Layla.

Ooooo, this was going to be fun! Onto the interrogation. And it was intense. With Amy turning up in a wedding dress for no reason whatsoever and sharing the brunt of the questions (and some very confident accusations) with founder, Layla.
Amy…Why did you say they speak Chilean in Chile?
Layla…How did you not have an internet connection when your brother did?
Bala….Where was the European from that you locked out of the hostel?
Michael….Why did you leave your guitar case with all the cables in?
We even had a treat and welcomed a live question from Madhav in India, Tanya in Zushi, and Kuv in Tokyo. When I asked Madhav how he felt being brought online into the show, he exclaimed "I was very starstruck! I loved the show and I felt very excited when you called out my name."
This is the kinda joy Perfect Liars Club can bring. I love it!

Sleuthers had 2 minutes to make their final decision and cast their vote. Oh my! If I didn't know who it was, I would've found it very hard to choose. But I did, so…..anyway, the results flooded in like a bent election. We had Bala with her story of mothering a group of drunk Europeans and lying to keep one out of a Sri Lankan jail. Followed by Michael and his romcom  London underground story where he lied about his musical abilities to woo the woman of his dreams - that he'd only just met! In close second place, we had Amy (still in a wedding dress) with her tale of gleefully singing about private parts at the Chilean diplomats dinner party. Which meant that the person people thought most likely to be lying was founder, Layla and her tale of wanting and finding a cool new online friend in a new city, only to find out that it was actually her younger brother. But were the sleuthers even close?

The suspects screens flashed, the silent drumroll rang out in my heart, and then ta-da! Michael was the only suspect left on screen. A Perfect Liar for the second online show. The losing sleuthers exclaimed treachery and beguilement (yet also felt an immense feeling of pleasure) and the winning sleuthers felt smug.

So, will it be a win for the Suspects in the third online show or will the Sleuthers bounce back and finally catch the liar? Who knows, but as my Uncle Lewis has always said "You've got to be in it to win it, gal." Join the main showroom and play the game on Saturday 27th June, with four new stories from some very 'old' suspect favourites and a brand new face. 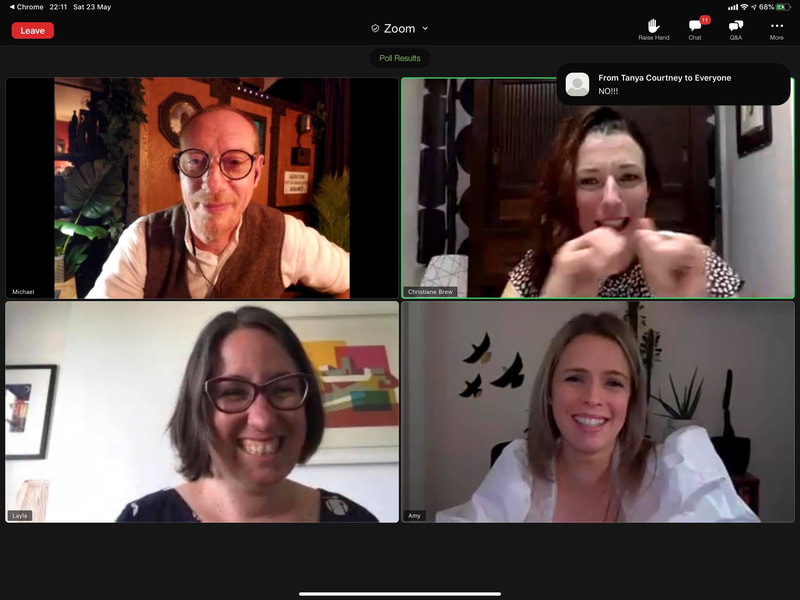 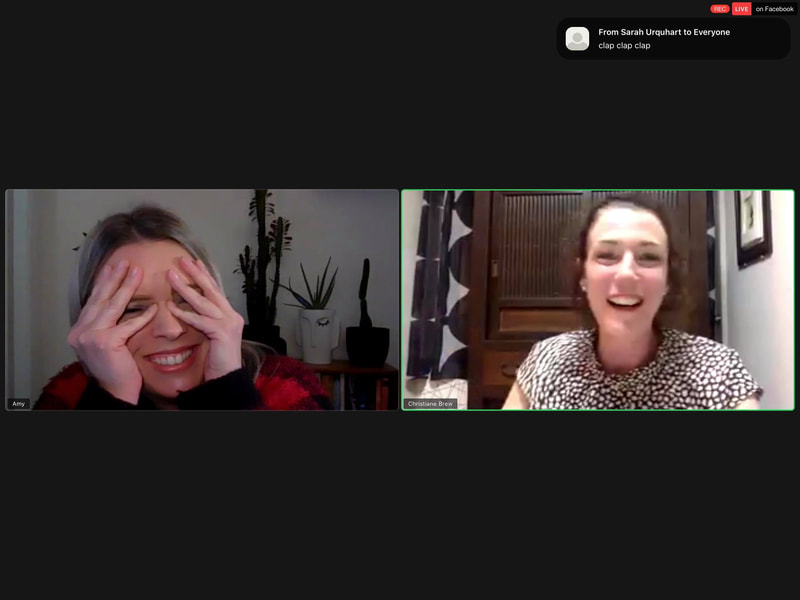 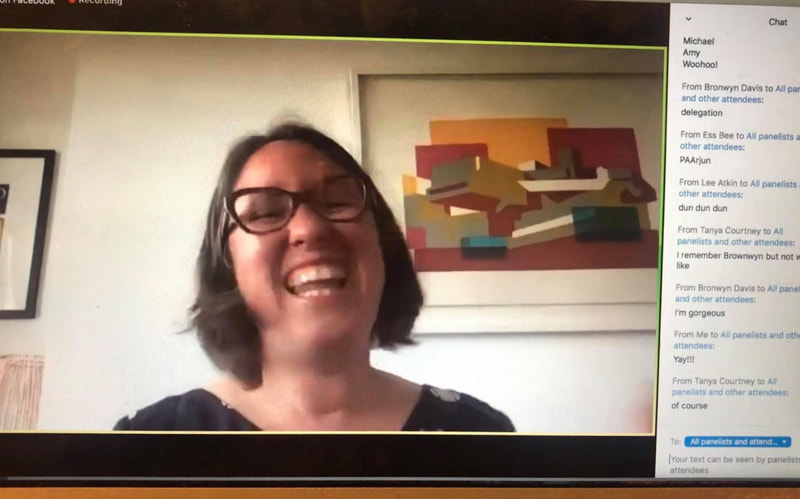 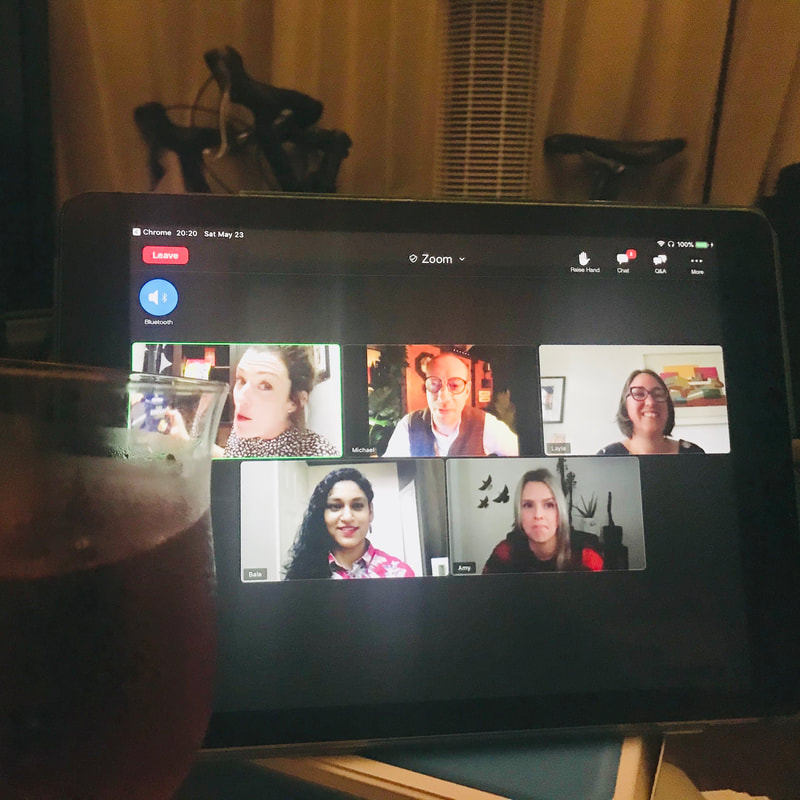