Layla flew back to Tokyo from Hong Hong for the weekend specifically to MC this show, which as ever, was hilarious. Our four suspects were very evenly matched in terms of suspicion. Bill claimed he'd been trapped overnight in a garden while visiting the Australian Embassy in winter. Christiane insisted she'd been fired from school work experience by committing a felony to impress her family. Dita promised us she and her boyfriend had seen a ghost (or a scary woman), and Mishel described how he accidentally shot himself without using a gun. At the interval it seemed as though everyone had a different opinion. By the time the interrogation started, our suspects were grilled within an inch of their lives. Why didn't Bill call security? Why did Christiane think her actions would impress her family? Did Dita really believe in ghosts? And what exactly did that bullet look like, Mishel? There was debate. There was suspicion. And then there were votes. Christiane was deemed most likely to be the liar and Mishel least likely. Then the moment came for the big reveal: it was Dita! 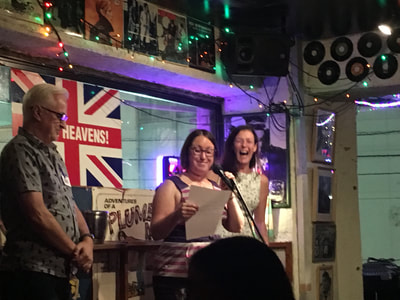 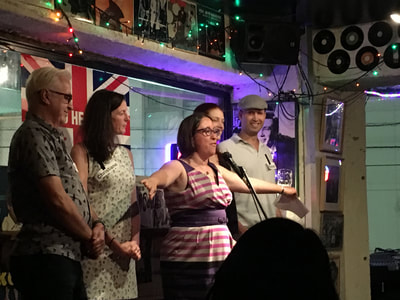 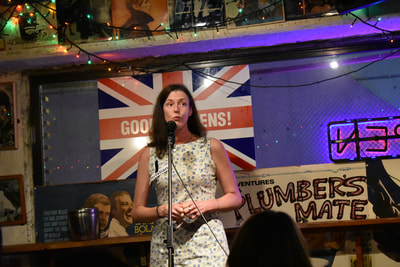 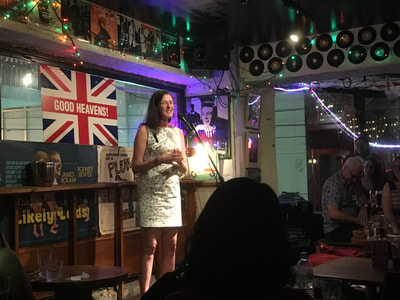 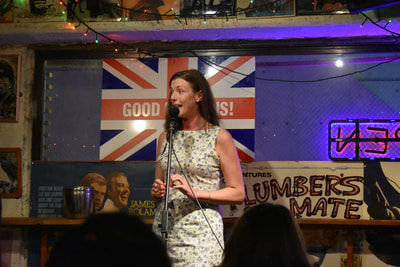 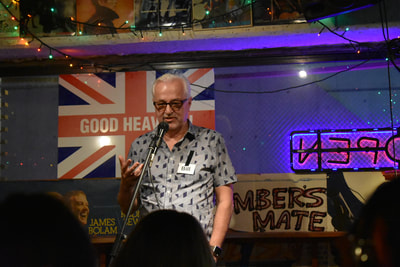 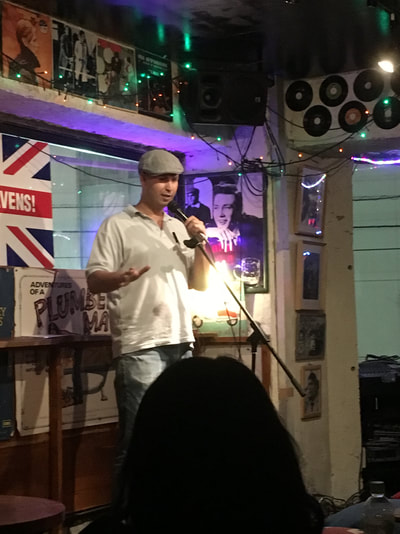 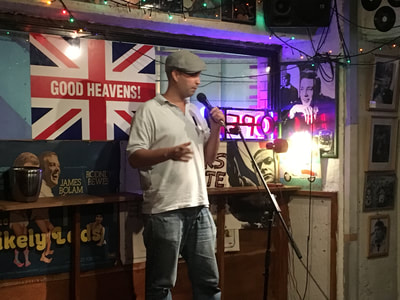 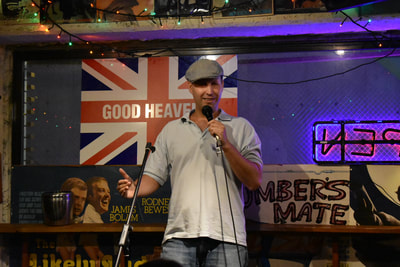 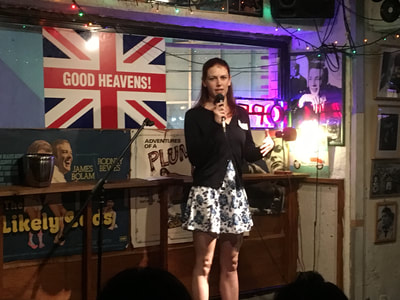 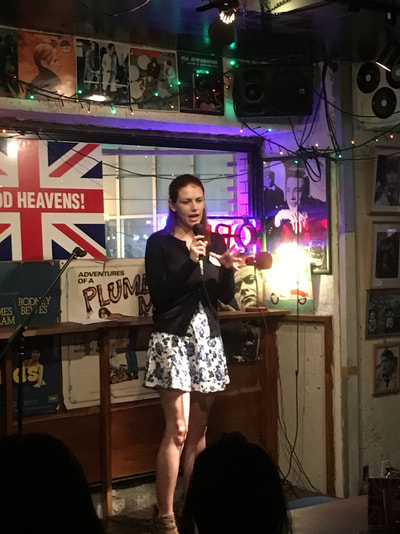 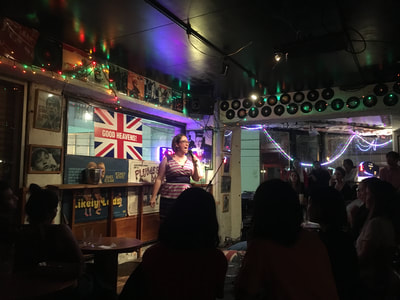 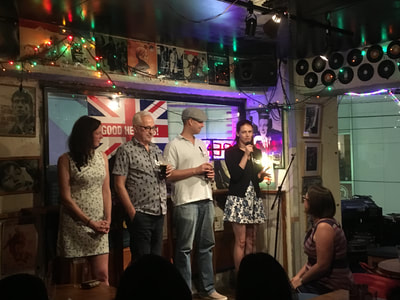 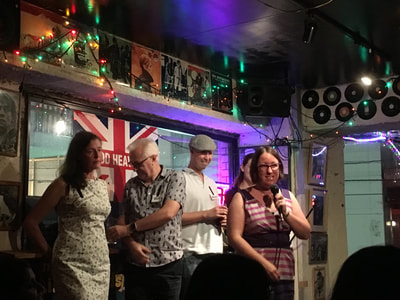 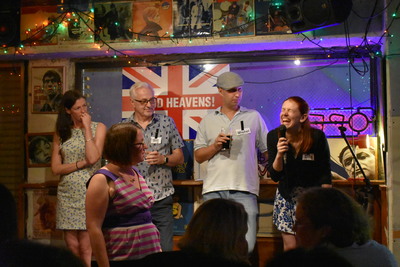 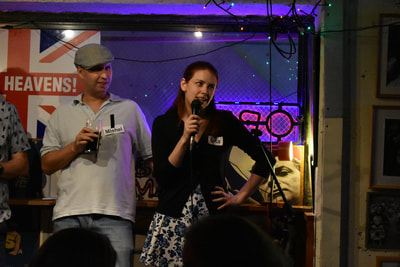 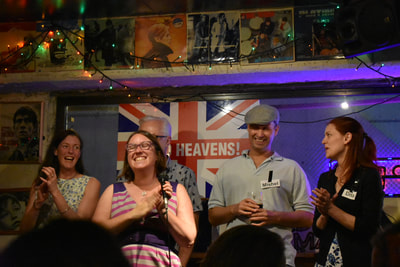 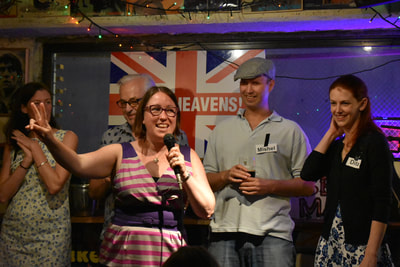 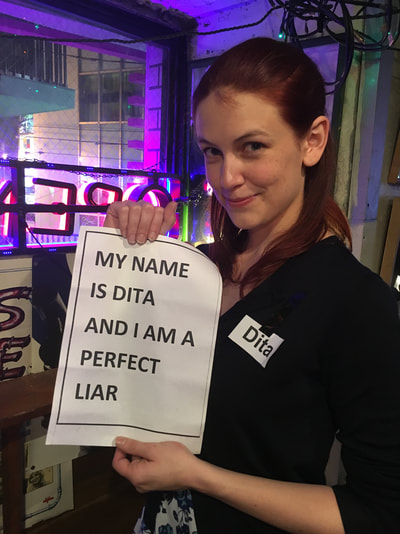 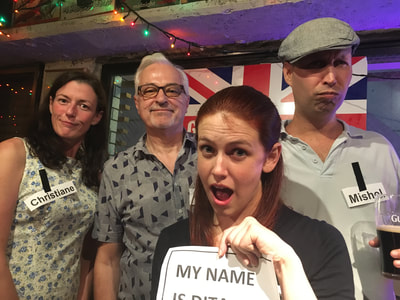 Thanks to Roz and Danielle for photography!
Buy tickets for the next show here