Electricity and excitement were in the air as a sold out Bier Baron Tavern played host to the 2017-2018 season premiere of Perfect Liars Club. Four years, countless shows, and thousands of fans later,  DC's only liar spotting storytelling show exhibits no signs of slowing down, as it continues to pack the Dupont Circle watering hole with the curious, the quarrelsome and the inquisitive.

The bar wasn't the only thing that was packed on the cool early September evening. The handcrafted lineup featured four recognizable faces from some of the area's other popular storytelling shows, including Story District, Better Said Than Done, and Storyfest Short Slam. But how would these impresarios fare under the Bier Baron's hot lights and the cold stares of a skeptical Perfect Liars Club crowd? Only time would tell.

Each and every one of the accomplished quartet offered up a veritable smorgasbord of highly suspicious content for the scores in attendance to feast upon:

Did the audience have questions? Yes. Yes, they did. Many, in fact.

As the night's interrogation wore on, the crowd's collective wariness was cast upon Amy and her tale of spurning a would-be matchmaker's aggressive advances. A fact, further borne out by the vote, which saw her garnering the majority and besting Scott by more than a 2-to-1 margin. Perceived as the more trustworthy pair, Jessica and Michael shared a total of 31 votes combined.

But was the audience correct? As the drum roll sounded, it would have been hard to miss the self-satisfied look of many in the crowd who were convinced that they had finally spotted the liar.

And yet, when Scott stepped forward, revealing that he was the evening's true prevaricator, those same audience members squealed in frustrated delight, second guessing their hunches, and committing themselves to give Perfect Liars Club another go -- until they get it right. 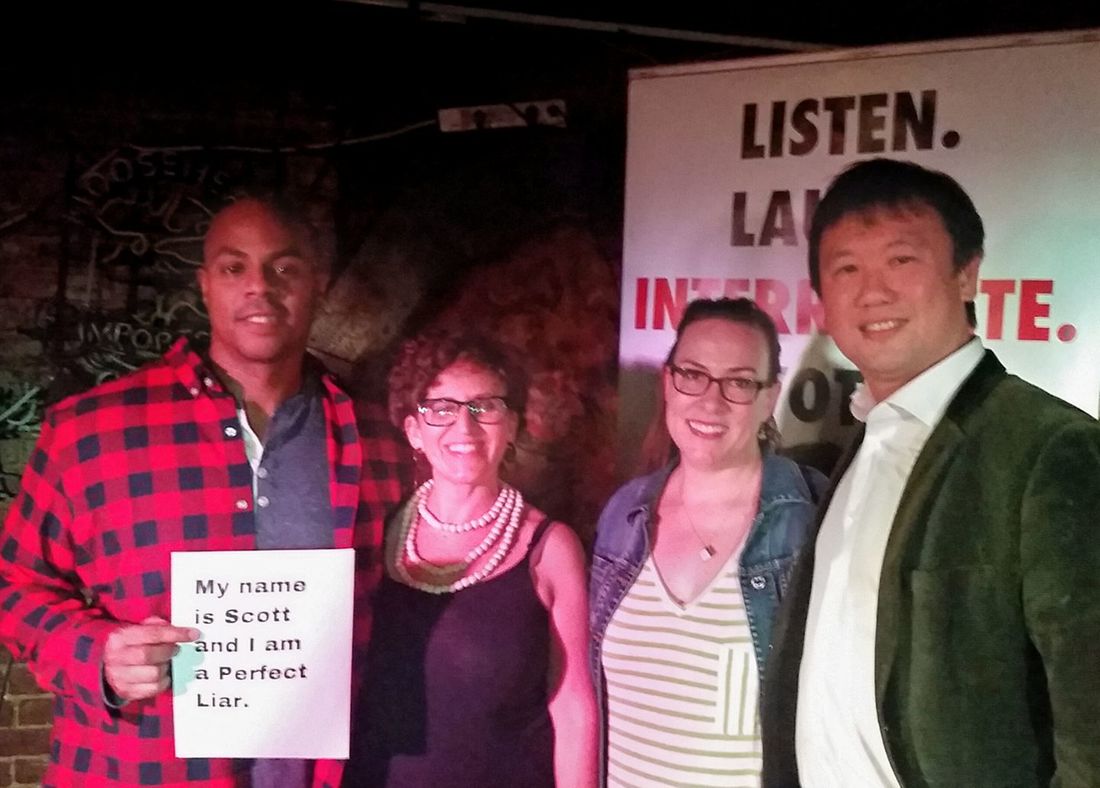