Oh My! What a super end to the summer. The international cast gave four solid unbelievable stories which flummoxed and toyed with the audience. However, only a select few guessed the liar which meant we had our third Perfect Liar of 2018. But who was it?

The stories were rather far-fetched with many odd or missing details. We had a Romanian fool the ‘medical men’ into removing her appendix just because she didn’t want to go to school, an over-zealous ‘Show and Tell’ moment involving an innocent indecent exposure moment (in the story, not the show!), a wrongfully accused drug dealer being thrown into a Beijing prison only to be rescued by the Kuwait Ambassador, and a heart-warming ‘School of Rock’ moment from a non-music teacher teaching kids music in Tanzania.

The Sleuth Booth was HOT at the interval. People were clamoring to share their suspicions and the appendicitis Suspect was thought to be a favourite to lose. Were they right?

The interrogation started off with the audience of Sleuthers giving the appendicitis Suspect the first barrage of questions. Not to worry though, the other Suspects got their fair share as Sleuthers then ganged up quite heartily. Trey, what is your level of psychological damage? Do you have trouble dropping your pants now? Jenn, why did all the kids magically show up on the last day? Daniel, X-Box was illegal in China 10 years ago, why did you have one? And Luana, a doctor won’t just remove your appendix because you have a pain, what other tests did he do?

Well, well. Flummoxed. The conferring was beautiful as strangers at the start of the show were now comparing notes and leaning in to discuss their chosen Suspect with other strangers. Jenn with her musical tale was voted least likely to be lying, followed by Trey and his scar reveal, then Daniel and his wrongful arrest, lastly, Luana and her ‘donated’ body part was voted heads and shoulders above the rest as the most likely.

The Sleuthers were gagging to know if they were Perfect or Hopeless Sleuthers. The drum roll was fierce, drinks were saved from bouncing off tables, and the whites of eyes were enormous with anticipation “Would the Liar of August Edition 2018, please step forward now” SILENCE as breath was held, then POW as the Liar casually stepped forward, bums left seats, roars could be heard all the way to Shibuya, and arms were flailing. Daniel had duped 65% of the audience and could now claim his crown as The Perfect Liar for August 2018. I wonder if the Suspects can outwit the Sleuthers again at the next show? 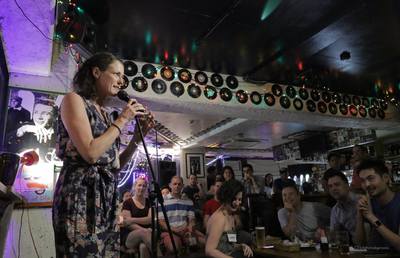 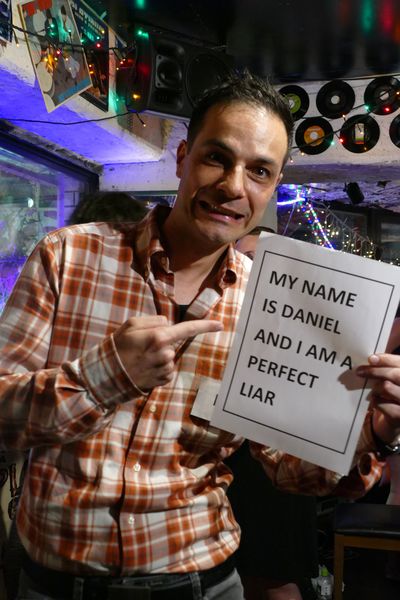 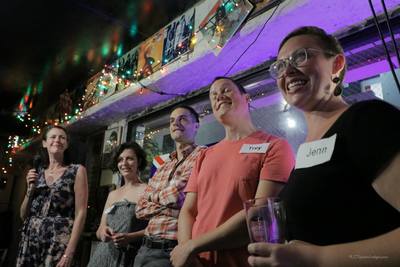 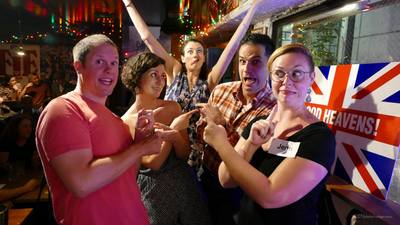 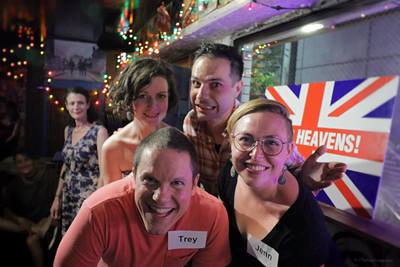