Will our Sleuthers ever catch the liar? April saw new beginnings but still the liar remained uncaught.

Our suspects brought four delightful and flummoxing stories to the stage. We had a tale of disguise to gain access to the kitchens of a sacred temple in India, a story of survival in the heights of Chinese 'Mordor' during bleak winter temperatures, the tale of baked weed brownies raising suspicion in the aftermath of the sarin gas attacks, and finally, the story of how a visually impaired man from the holy land visited a Korean church and nearly became blind.

Well, the Sleuthers were split four ways during intermission. But the interrogation saw some firm questioning. Selena, can we hear the 'boy' voice you used for that weekend. Bronwyn how did you get hold of weed in a country that is so strict? Mishel, when your sight was not saved, how did the worshippers feel about their 'fabulous' head priest after his failure? And Vinay, if you didn't speak mandarin, how come you understood that a blizzard was coming. Show us! And so we were treated to a full re-enactment of that very conversation - hilarious joy!

Votes were cast. We had Mishel with his story of attempted sight saving by the high Korean priest as the person least likely to be lying, followed by Selena with her story of disguise and betrayal as a member of the opposite sex all for the sake of sacred food, and then it was Bronwyn with her weed brownie baking to relieve anxiety and a police raid due to the smell being mistaken as a gas attack, and finally Vinay was voted as the person most likely to be lying with their ridiculous tale of survival in the bleakest Chinese town ever on the verge of foot amputation.

Well, the drums rolled hard and upon the call of the "Now!" our liar casually stepped forward to the sound of shock, disappointment, confusion and happiness. Happiness for the 8 Sleuthers that voted correctly, of course!

Better luck next time, Sleuthers!! See you on the 17th May for another unpredictable and fun filled show. 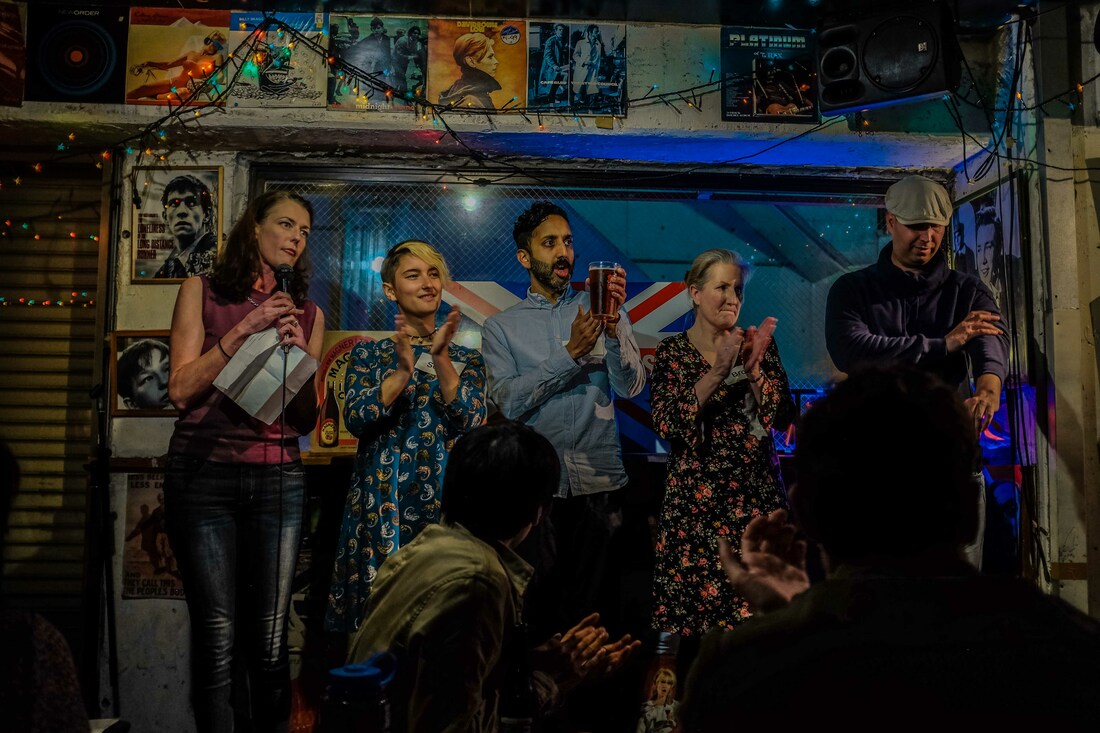 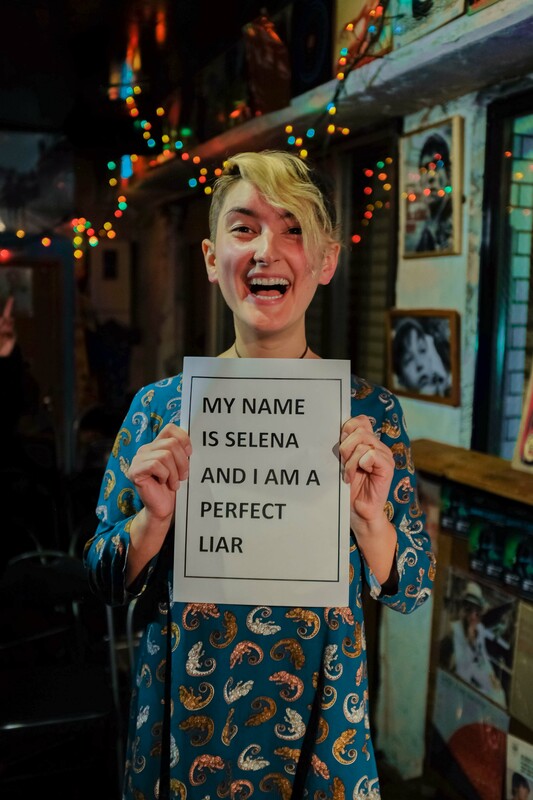