The reveal teased the audience until breaking point and them "BAM" the most unlikely Suspect stepped forward and shocked the Sleuthers. And that Suspect, ladies and gentleman, was another Perfect Liar!

We had four very different stories. We had the tale of a naïve man stumbling upon a sports massage boutique and his narrow escape, the story of a policeman helping our Suspect to break the law at the top of a mountain,  a dinosaur fainting episode on London Bridge ending in a photographic nightmare, and finally, the tale of a nobody becoming the life and soul at a Hollywood party and making Sting jealous.

The Sleuthers were again split, with very good reasons why. The interrogation started evenly and then veered heavily between 2 main Suspects. Bobby, why did you stay so long in the basement with the large man and the cheerleaders? Kai, how can a bike in a pile of leaves get entangled in the roots of a tree? Show us! Anisa, why didn't the paramedics just cut the zipper? And David, why did the group of ladies stay with you, what was the attraction? Ouch!

Hopes of victory were placed in a vote. We had Bobby and his tale of naivety in the basement boutique with the cheerleaders as the Suspect least likely to be lying. Followed by Anisa and her dinosaur charity collecting fainting episode on London Bridge. Then, Kai and her law-breaking, leaf hiding collaboration with a local Policeman. Finally, David, and his story of elevated social standing at the snack table of a Hollywood party.

The drums rolled, the anticipation was electric, the Suspects danced and teased, and then "BAM", there she was……our Perfect Liar in all her glory, Anisa. Success for 11 Sleuthers, but sadness for the majority.

Apparently, she did feel bad for duping such a lovely audience of Sleuthers though. Hmm, do you accept that? As was said in Macbeth: "Be this the whetstone of your sword" let commiseration convert to determination and so, be ready at the next show on Friday June 14th.
NB: Shakepeare will not feature.

Buy your tickets for the next show here. 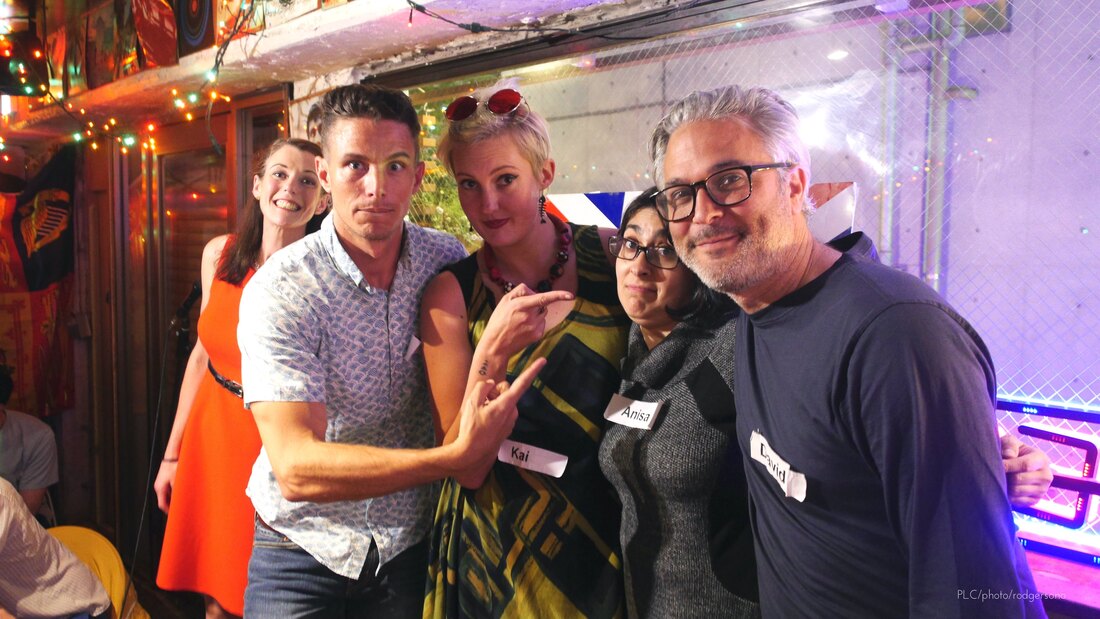