What an extravaganza! A sold out show (though we kept squeezing people in anyway), the suspects were on fine form as they took to the stage. First up was Trey, trying to make us believe he was part of a Russian train chase with machine guns and drama. Next came Rahul who claimed that trying to inherit property in India is a far more exciting business than you might imagine. Next came Roz with her improbable tale of evading the Syrian security police while trying not to appear a people trafficker. And finally Donna alleged that when she was young and penniless, she tried being a professional 'companion' to an elderly Japanese gentleman. Suspicions ran high and the interrogation was fierce. Why had Trey's train carriage apparently vanished? Where exactly in India did Rahul's government brawl take place? Who from the BBC had accompanied Roz's trip? And how much was Donna actually set to earn from her enterprise? And then it was time for the vote. The most suspicious of the four stories was deemed to be Roz. Close behind was Trey. Then Rahul. And lastly Donna, who was deemed the least likely to be lying with only eleven votes from the entire audience. The drumroll commenced... and the truth was revealed. It was Donna! Better luck next month, Tokyo! 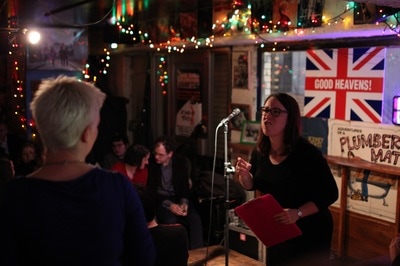 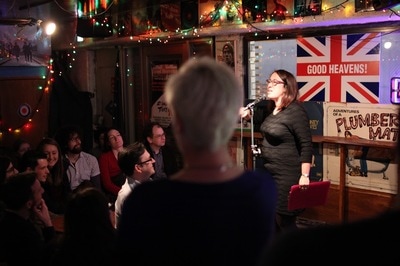 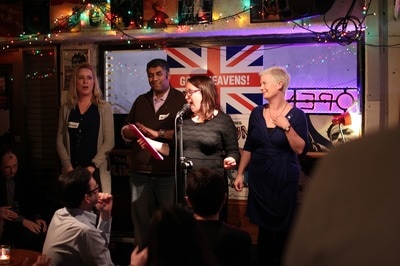 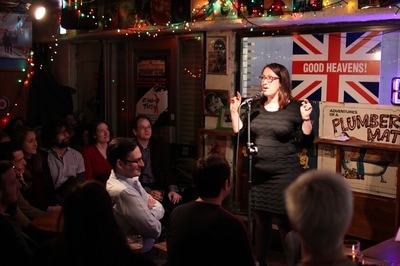 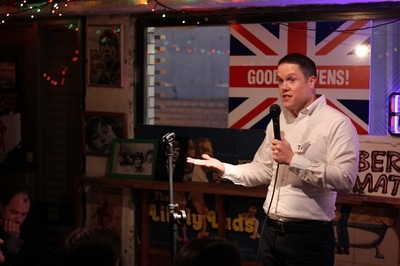 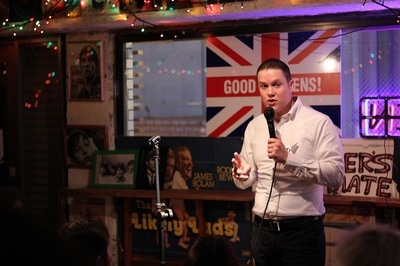 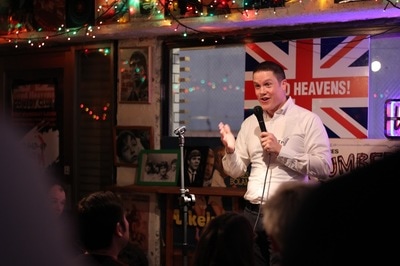 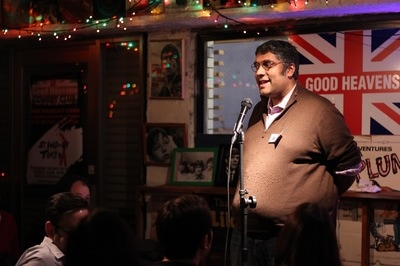 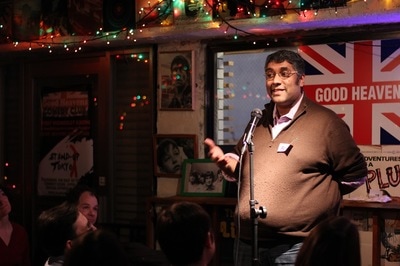 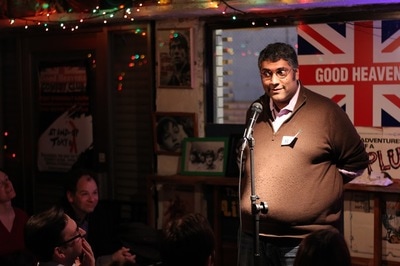 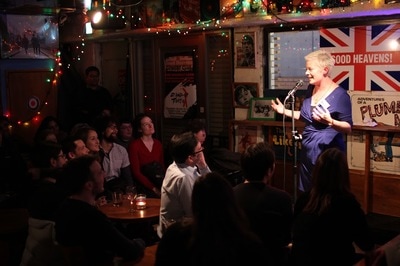 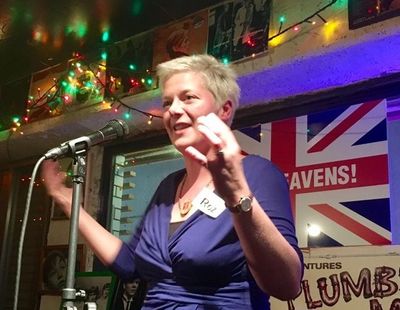 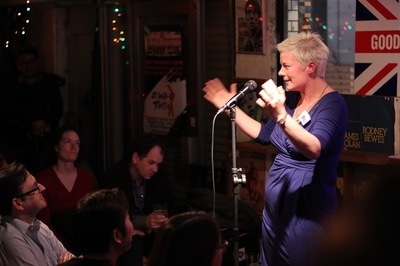 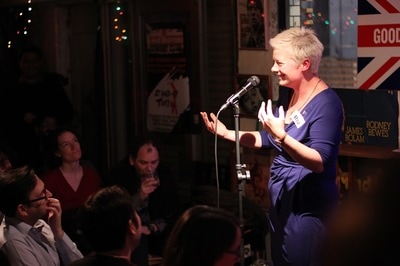 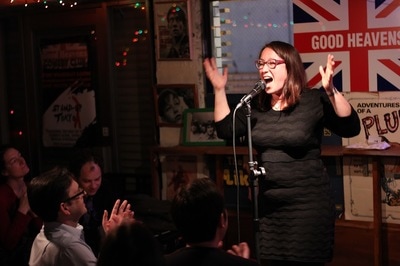 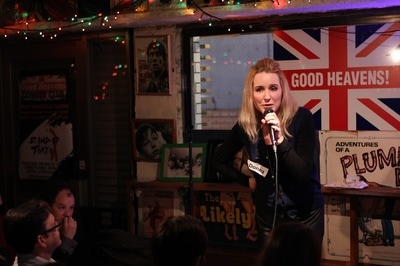 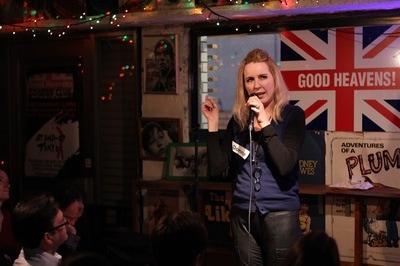 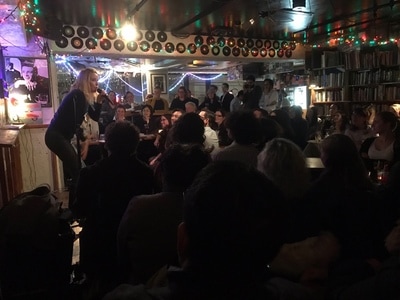 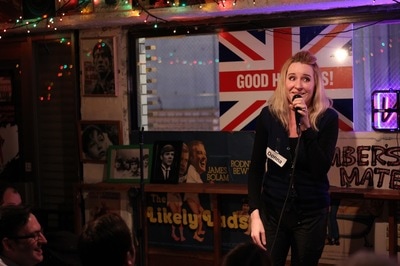 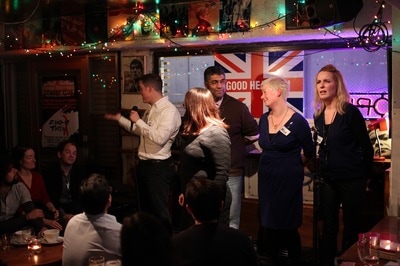 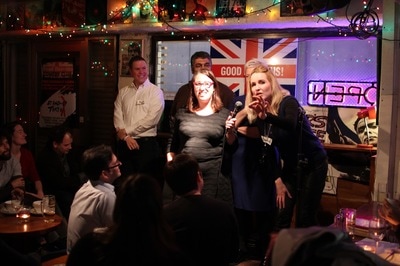 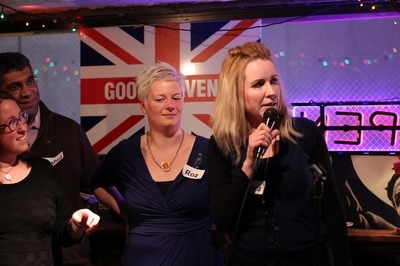 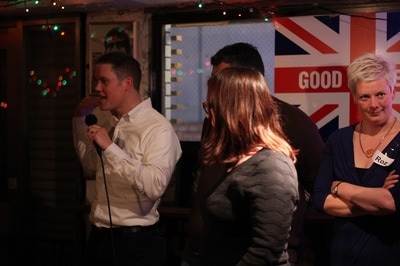 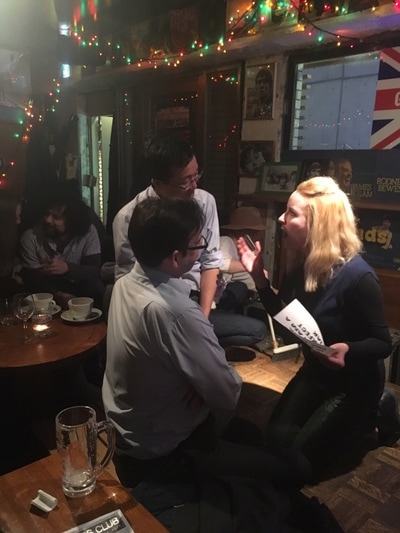 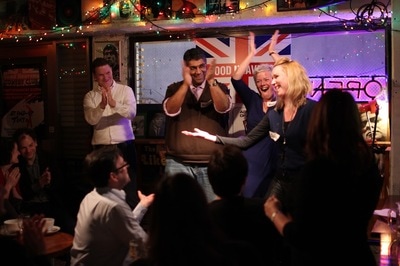 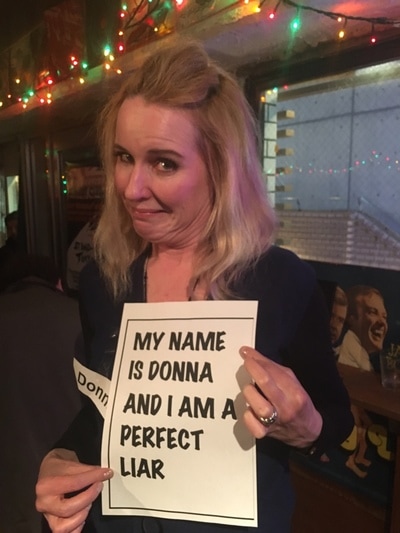 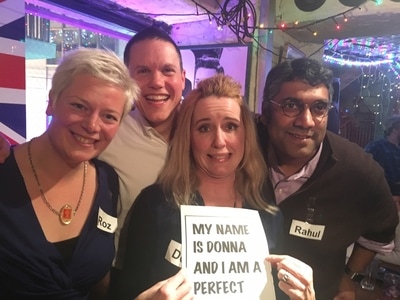 Get your tickets for next month's show HERE.